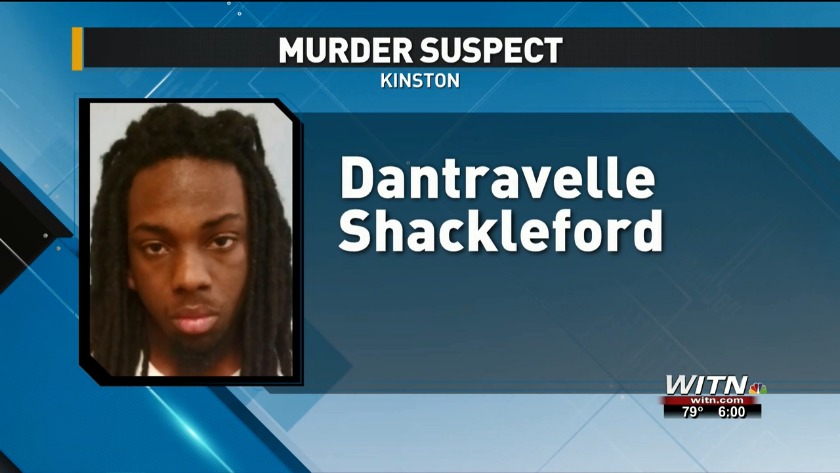 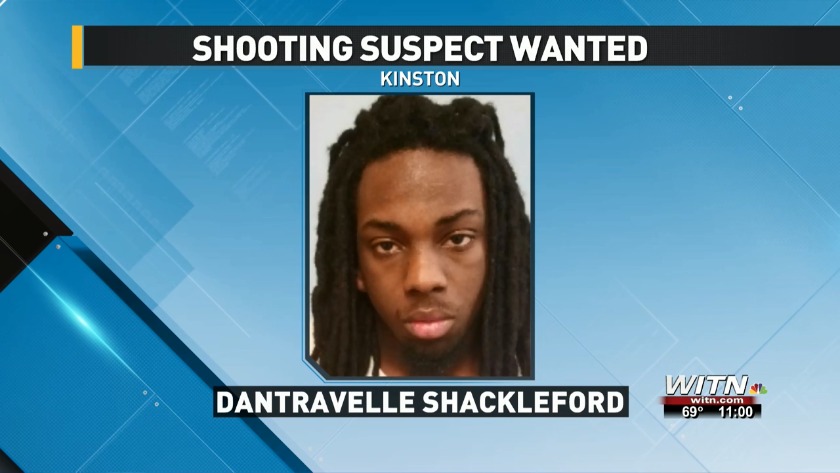 KINSTON, NC (WITN) - Kinston police say they found a man wanted in a deadly shooting hiding in the trunk of a car early this morning.

Dantravelle Shackleford is being held without bond for Thursday's murder of Rashawn Franklin and the wounding of Jonathan Simmons.

The two men were found shot in the front yard of Simmons' home on North Orion Street. The 24-year-old Franklin died at the scene, while SImmons was taken to Vidant Medical Center with non-life threatening injuries.

Police say around 12:45 a.m., with the help of the U.S. Marshal's Service Violent Fugitive Task Force, they arrested Shackleford during a traffic stop.

They also charged the driver, Chipel Lisbon, of Kinston, with accessory after the fact.

Police say Shackleford's girlfriend, Sandra Johnson, also of Kinston, is charged with accessory after the fact of murder and misdemeanor child abuse.

Police say that a child under the woman's care was in the car with her.

Both Johnson and Lisbon are being held on $50,000 bonds, while Shackleford has no bond on the murder charge.

Records show Shackleford has two previous attempted murder charges still awaiting trial in Lenoir County, while Franklin had been shot twice in Kinston back in 2014, as well as being charged with shooting another man several weeks later.

A gunman wanted in a fatal shooting has been arrested.

Major Tim Dilay says Rashawn Franklin, 24, died at the scene, while 41-year-old Jonathan Simmons, who lives at the home, was wounded and taken to the hospital with non-life threatening injuries.

As of Friday morning, police say Shackleford is in custody at the Lenoir County jail without bond.

No additional details are available at this time.

PREVIOUS STORY
Kinston Police officers have obtained a warrant for the arrest of Dantravelle Shackleford, 23, in connection with the shootings that took place at 306 N. Orion Street Thursday.

Anyone who has information about this case and/or the whereabouts of Dantravelle Shackleford is encouraged to call the Tips Line at 252-939-4020 or Lenoir County Crime Stoppers at 252-523-4444.

***PREVIOUS STORY***
Police in one Eastern Carolina city are on the scene of a deadly shooting this afternoon.

Kinston police were called to the 300 block of North Orion Street around 3:35 p.m. for a report of a shooting.

Two men were found shot in the front yard of 306 North Orion Street.

Major Tim Dilay says Rashawn Franklin, 24, died at the scene, while 41-year-old Jonathan Simmons, who lives at the home, was wounded and taken to the hospital with non-life threatening injuries.

Simmons was taken to Vidant Medical Center in Greenville.