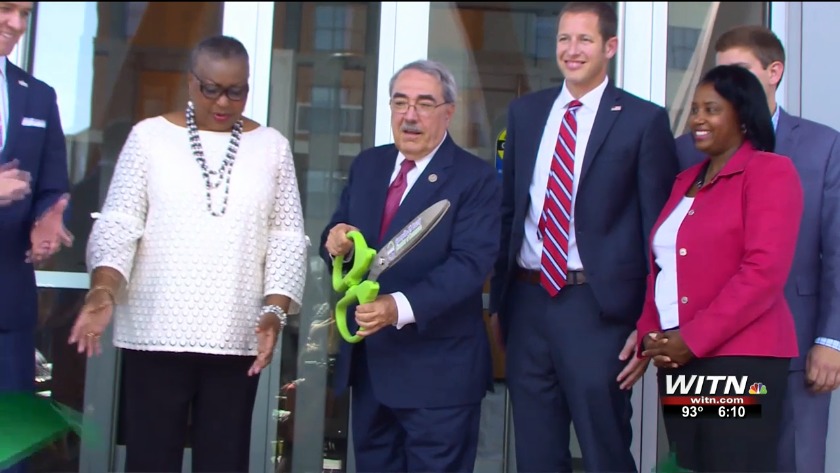 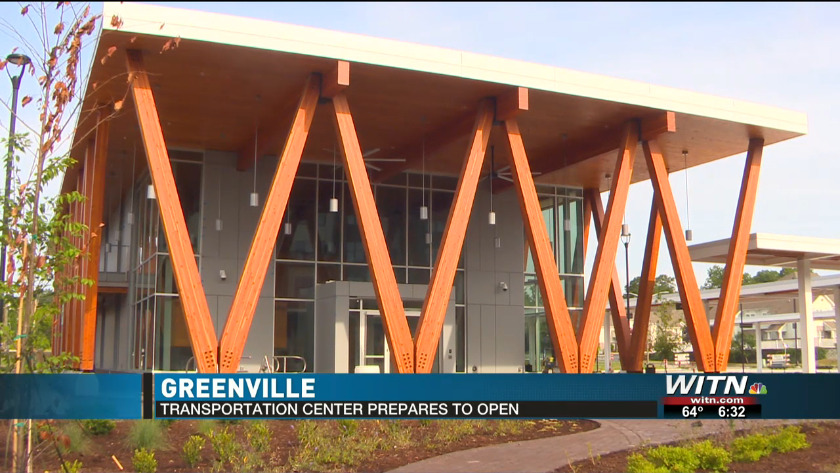 Transportation hub set to open in Greenville in August

GREENVILLE, N.C. (WITN) - Commutes are expected to get a lot easier, as a new transportation center has opened in the east Wednesday at 600 South Pitt St.

After nearly a year and a half of construction, the brand new G.K. Butterfield Transportation Center is now open in Greenville.

"This is a project that has been in the works for quite some time now, and it is exciting to be able to open the doors and improve public transportation in Greenville," City Manager Ann Wall said.

A ribbon cutting ceremony took place at 10 a.m. Congressman G.K. Butterfield, who the center is named after, was on hand, along with city officials.

The center will provide full services starting on Thursday, August 9.


PREVIOUS STORY
A new transportation hub is on track to open in about three weeks.

The G.K. Butterfield Transportation Center is set to open on South Pitt Street in Greenville in August, with six bus routes available for travelers.

Crews have been working for about a year and a half to get the $7.5 million project up and running.

The facility will be the central place where city, Amtrak, Greyhound and ECU buses take off from. Travelers will also be able to buy tickets for rides and get the information they need on bus routes at the facility.

The City of Greenville's Public Works Director Kevin Mulligan says this will provide a lot of convenience for not only locals, but students and anyone traveling from out of state.

"If they live in Boston, New York or Washington, D.C, they could commute from there. They could take a Greyhound bus or Amtrack train and get to this facility. It's really door to door from this facility to wherever they live," Mulligan said.

Once the project is complete, traffic is expected to clear up in the area. Mulligan says 8th, Pitt, Clark and Bonner Streets were all paved and upgraded with water, sewer, gas and electricity because of the project.