The State Highway Patrol and the Wilson County Sheriff's Office has confirmed with Immigration and Customs Enforcement (ICE) that the suspect in Thursday's hit and run collision involving two school children boarding a Wilson County school bus is a fugitive with an outstanding deportation warrant.

Marcos Bautista of Sims is a native of Mexico and in the U.S. illegally.

The warrant is the result of Bautista failing to attend a Non-Detention Immigration Hearing in South Carolina.

Bautista's first court appearance was held Friday morning in Wilson County where his bond was increased to a $1,002,000 cash bond.

The brother and sister were taken to Wake Medical Center where they are said to be in serious condition.

Two students have been hurt when they were hit by an SUV as they tried to get on a school bus in Wilson County Thursday morning.

Lieutenant Jeff Gordon with the Highway Patrol said the Rock Ridge Elementary school bus was traveling north when it activated all its emergency signals in an attempt to pick-up the two children.

After the bus came to a complete stop and with the stop arm out, the two children attempted to cross the roadway when they were hit by a 1997 Ford Explorer traveling south on Rock Ridge Sims Road.

Lieutenant Gordon said after driving away from the accident, Troopers located the SUV behind a tobacco barn about a mile away and arrested 27-year-old Marcos Bautista of Sims.

Bautista was taken to the Wilson County Jail. He's now charged with felony hit and run with serious injury and passing a stopped school bus. He is scheduled to make a first appearance on those charges Friday morning.

The brother and sister were taken to Wake Medical Center where they are said to be in serious condition.

Lieutenant Gordon added that it does not appear that alcohol was a contributing factor in the accident.

Two students have been hurt when they were hit by an SUV as they tried to get on a school bus in Wilson County.

The children were taken to WakeMed Hospital for treatment.

Investigators said the bus had its stop arm extended when the children were hit.

Troopers say the driver fled, but was taken into custody after parking the SUV behind a nearby tobacco barn. The charges and the suspect's name have not been released.

The students were headed to Rock Bridge Elementary School. Their names have not been released. No other children were on the bus, and no one else was hurt.

(Copyright 2014 The Associated Press. All rights reserved. This material may not be published, broadcast, rewritten or redistributed.)

Two students from Rock Ridge Elementary School in Wilson were taken to the hospital Thursday morning after a car hit them in what the Highway Patrol is calling a hit and run.

The school bus was stopped with its stop arm extended when the two students were hit trying to get on board Bus 129, according to Amber Lynch, director of public relations for Wilson County Schools. She says no other students were on the bus.

The condition of the children who were hit is not known, and their names have not been released.

"We are collaborating with law enforcement and ask that you keep these students and their families in your thoughts today," Lynch said in a statement.

The Highway Patrol is investigating. 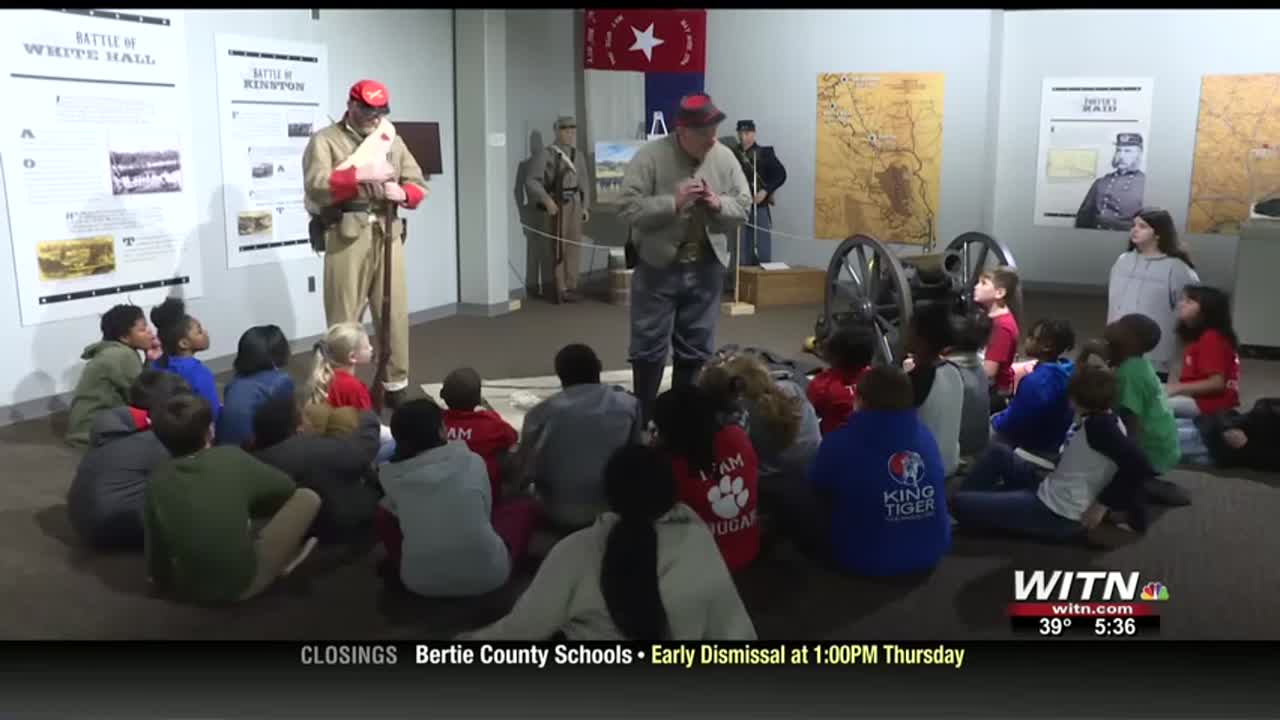