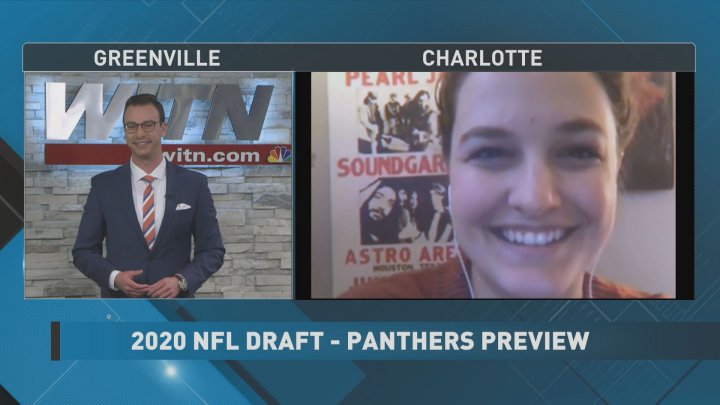 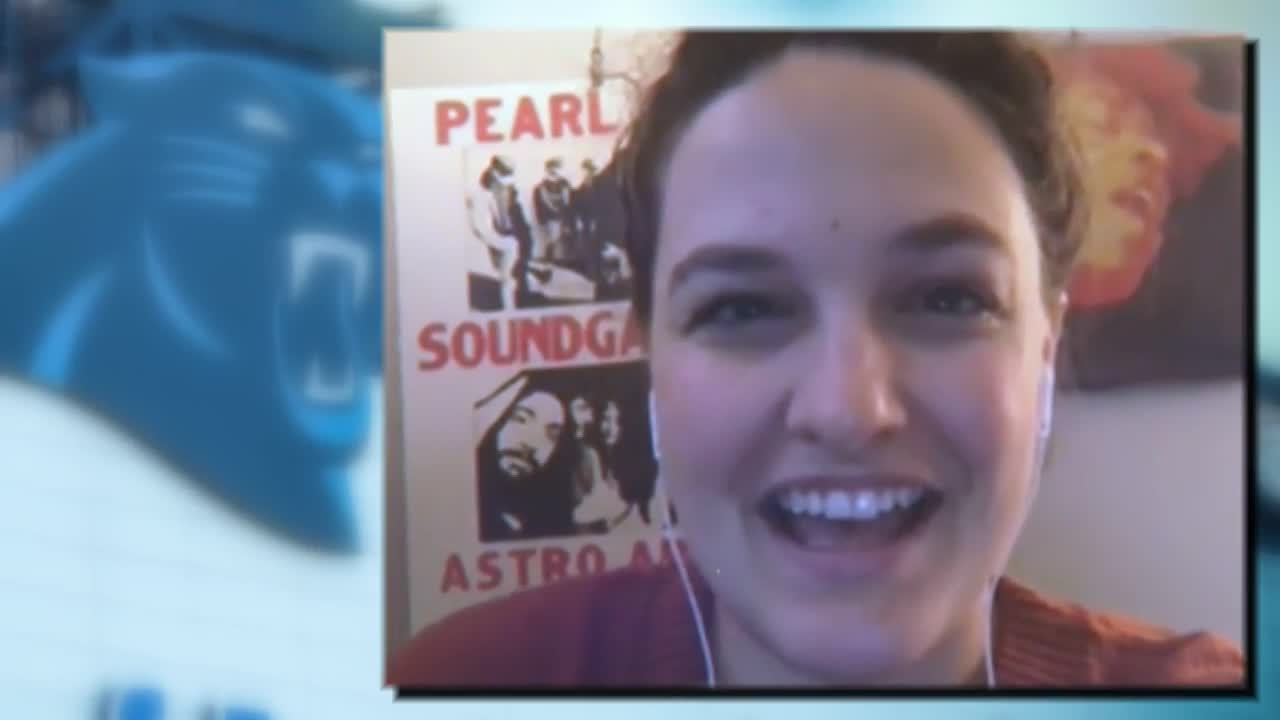 GREENVILLE, N.C. (WITN) - Jourdan Rodrigue covers the Panthers for The Athletic. She joined WITN Sports' Tyler Feldman on Thursday to preview the 2020 NFL Draft, including what she thinks Carolina will do with the No. 7 pick.

Rodrigue on what the Panthers will do and should do

"That's a great way to frame it because lord only knows that at that seventh pick with a totally new coaching staff what I think they should do might just completely go out the window once they get to that pick point. So, what I think they need to do is sure up their defensive line or if a stellar defensive player like Jeff Okudah does happen to fall to them, that's a no-brainer to me. What I think they will do is play a little bit on the safe side with the pick. I think they really like Derrick Brown from Auburn, and he's someone who fills a massive, massive need for them particularly in the Top 10. The other thing that I think they should do is trade back and get back in the first round; try to get two first-round picks, which if you have quarterback or tackle desperate teams, this is a prime pick point for them to trade up and get those guys. And so, the Panthers are sitting in a sport where maybe they can trade down to maybe nine or twelve and get two first-round picks. And then that way you can get your defensive tackle or linebacker, as well as maybe your corner. Maybe you can double up on two defensive players. And for me, their defensive is in a little bit of an emergency situation right now, they can't even field a starting roster at this point, so I think they absolutely have to go all defense. Now, with young Joe Brady on the staff, at this point, he seems a little bit like the favorite child based on what they did in free agency, so if they go receiver, I think you know who's running the show in that draft room."

Rodrigue on what to expect from this new 'virtual' NFL Draft

"I think this virtual draft is wild. I'm expecting a lot of chaos tonight. I know that the PR push from the league and from different GMs across the league is like, 'Oh, we've got this handled.' It's all fun and games until the dog trips over the chord. There are some things that could happen that I think would be pretty entertaining. I'm looking forward to seeing what everyone's basemants look like. And I've been enjoying some of the stories that I've been hearing across the league. Some coaches and teams will have their IT directors in winnebagos outside their house. Just in case there is an emergency situation. They will have to spray them down as they walk through the door. I mean, it's crazy. I think there is going to be some chaos. Logistically, I think it means there could be a possibility we see less trading as teams start to figure things out. But for me, I kind of am rooting for this anarchy and chaos cause I think that would be really entertaining, and I think we all need a little bit of entertainment these days."

Rhule’s transition from Baylor to NFL anything but normal

NFL tells teams they must hold training camps at home

Rhule’s transition from Baylor to NFL anything but normal

NFL tells teams they must hold training camps at home