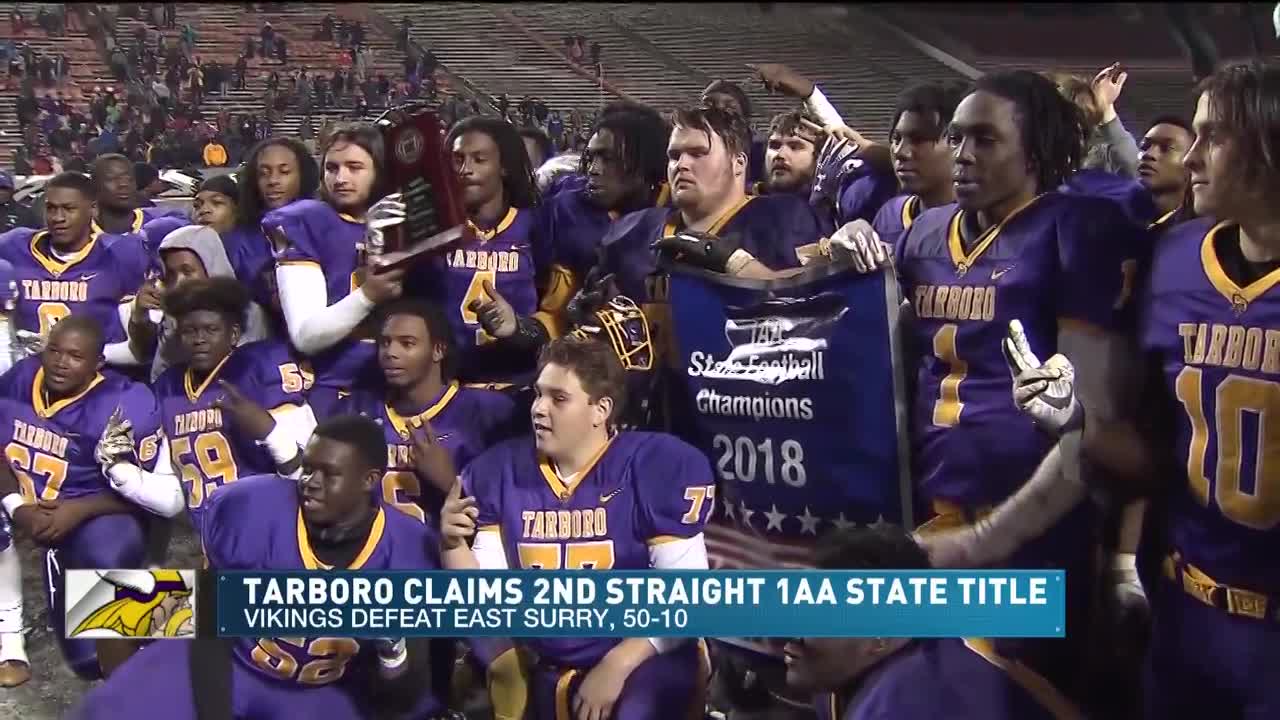 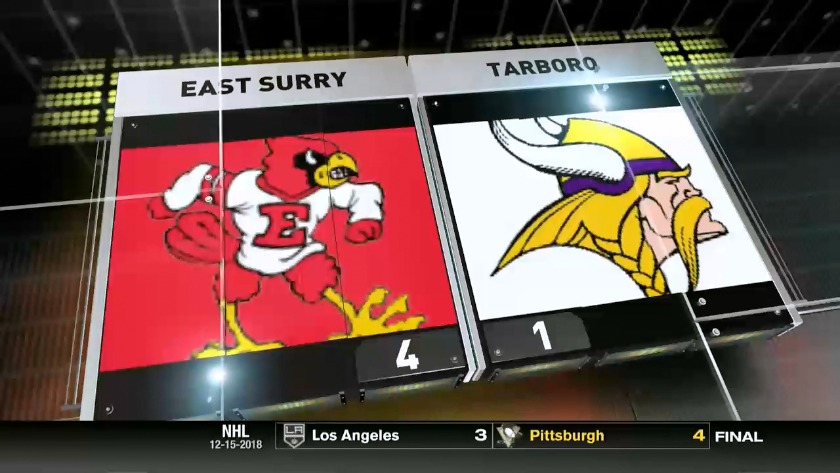 RALEIGH, N.C. (NCHSAA) - The Tarboro Vikings pulled away with 36 second half points to defeat East Surry 50-10 and win back-to-back state championships at the 1AA level. The win gave the Vikings the program’s sixth state championship. The Vikings were dominant on the ground racking up 442 yards rushing, while holding the Cardinals to zero yards rushing in the game.

East Surry jumped out to an early lead as Gunnar Jones recovered a Tarboro fumble and too it 18 yards to the end zone to give the Cardinals a 7-0 lead with 4:02 to go in the first quarter. The Vikings answered on the ensuing possession driving 69 yards in six plays Kimani McDaniels capped off the drive with a 36-yard touchdown run with 47 seconds to go in the quarter to knot the score at 7.

Clifton Joyner, Jr. gave Tarboro their first lead of the game when he scored from 17 yards out on the ground with 8:34 to go in the second quarter. That capped a 29 yard drive took just five plays after a Keon Caudle punt return set Tarboro up with a short field. East Surry sliced into that lead, mounting a 16-play drive that chewed up 6:35 of the second quarter and culminated in a 24-yard field goal by Derek Sutterby to make it 14-10 Tarboro at the half.

The second half was all Vikings as McDaniels opened the third quarter by breaking a 65-yard run for touchdown with 10:16 to go in the quarter. McDaniels long sprint made it 21-10. McDaniels finished the game with 112 yards rushing and two touchdowns as he was named the game’s Most Valuable Player.

Just three minutes after McDaniels long run, Joyner, Jr. found pay dirt on a one-yard touchdown run to put the Vikings up 29-10 after the two point conversion attempt was successful. Joyner, Jr. finished the game with 76 yards rushing on 12 carries with two touchdowns as he was named the Most Outstanding Offensive Player for Tarboro.

The NCHSAA is committed to promoting good sportsmanship and with the assistance of North Carolina Farm Bureau are pleased to present Sportsmanship Awards to one member of each Championship team that have exhibited good sportsmanship throughout the 2018 season. Tarboro’s winner was senior tight end and defensive back, Kendarius Jenkins. East Surry’s selection was senior wide receiver and free safety, Nathan Sheets.