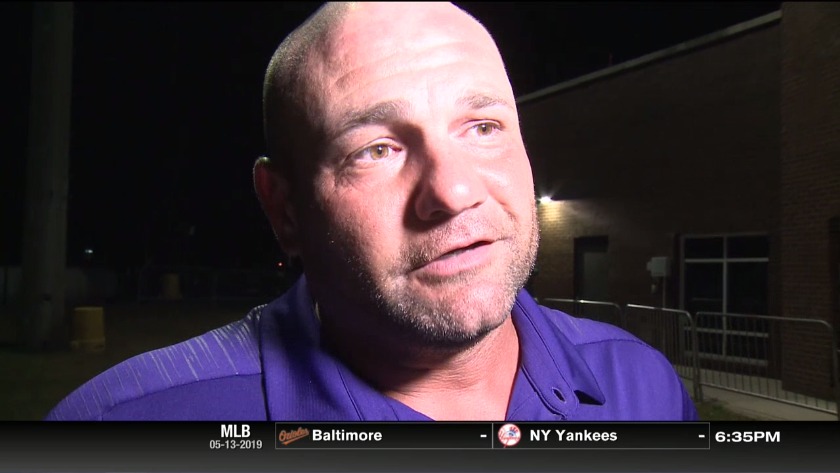 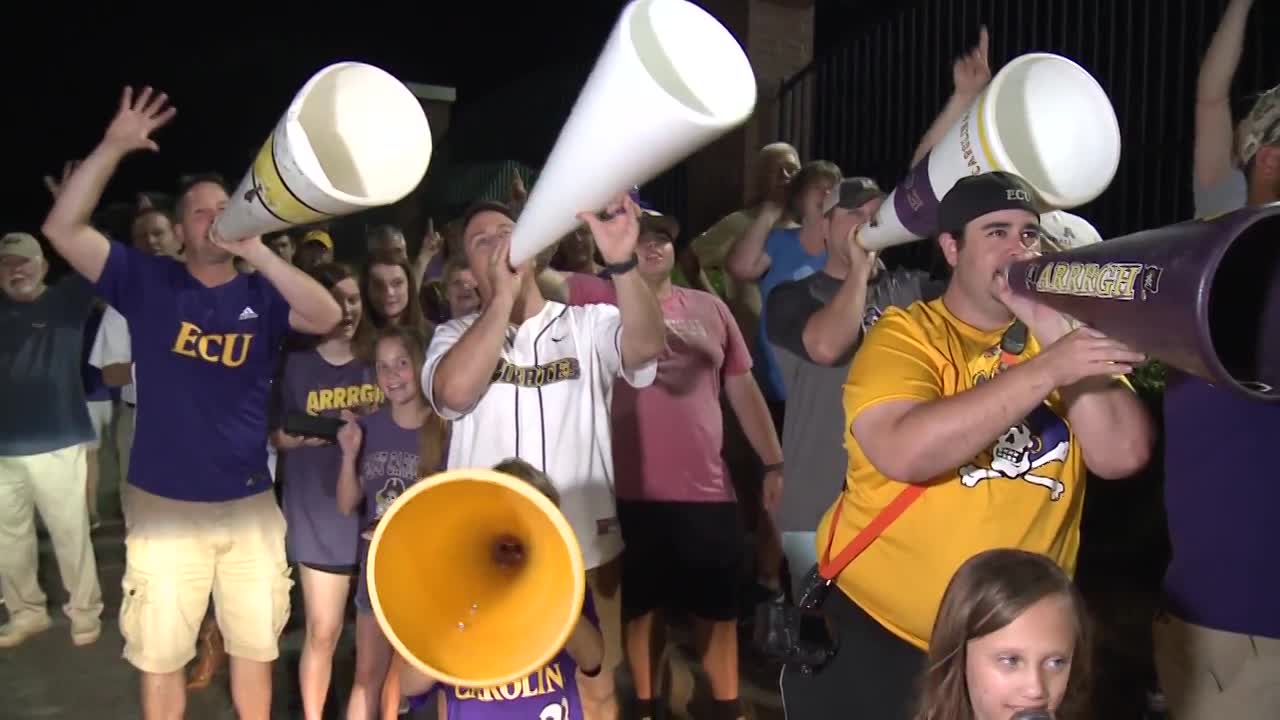 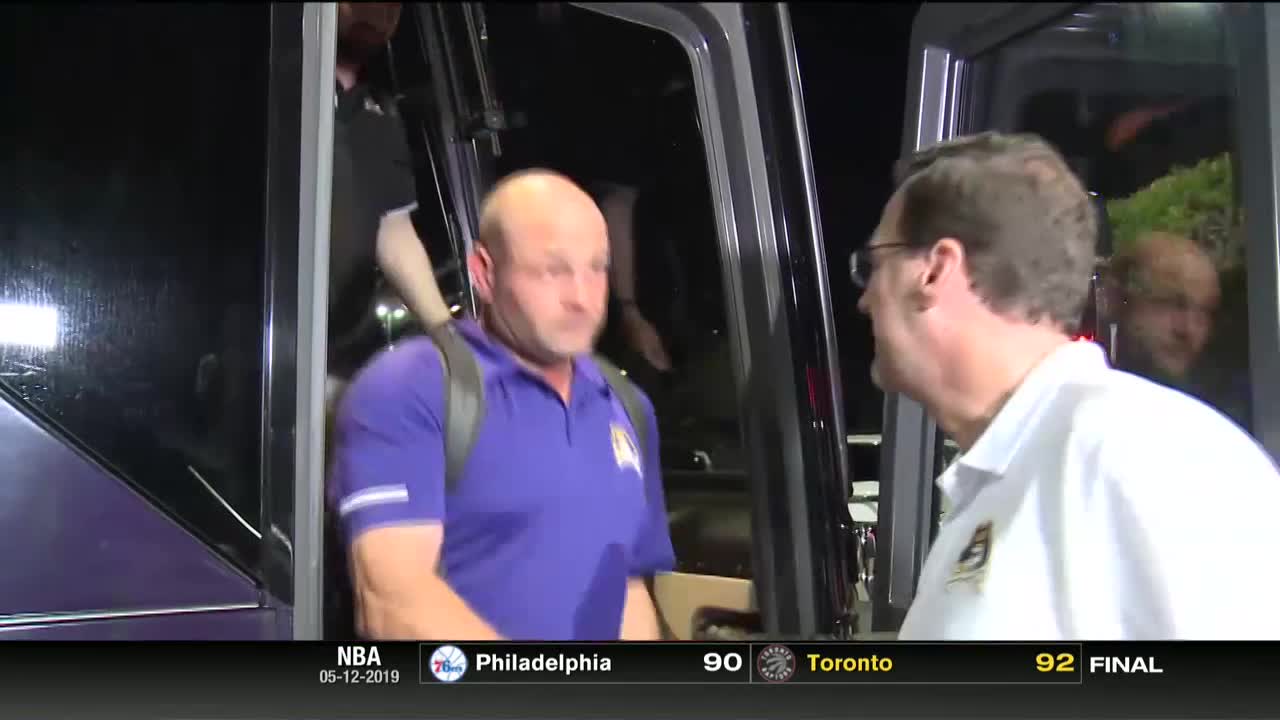 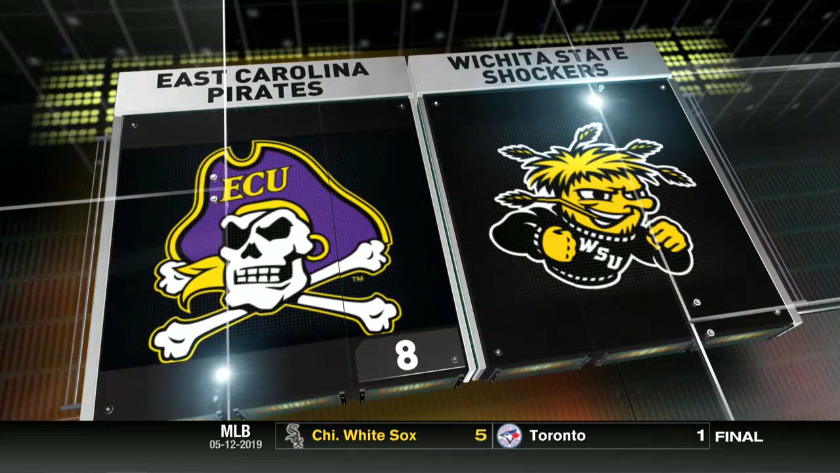 WICHITA, KS. (ECU) – Lane Hoover recorded a pair of hits and scored twice, while Tyler Smith allowed two runs over five frames helping No. 8 ECU to a 7-3 series win over Wichita State Sunday afternoon at Eck Stadium. With the win the Pirates improve to 39-12 overall and 18-3 in league play, while the Shockers drop to 23-28 on the season and 7-14 in AAC action.

Trailing 1-0 in the third inning, the Pirates finally got on the board in the third inning pushing across four runs on three hits taking a 4-1 advantage. With Hoover on second and Spencer Brickhouse on first, Alec Burleson doubled down the right field line tying the game at one-all. Turner Brown’s fielder’s choice to first plated Brickhouse, Jake Washer’s grounder scored Burleson and Dusty Baker’s single allowed Brown to cross home.

The Shockers jumped out to an early 1-0 lead in the first inning. Jordan Boyer walked to start the frame then took third on Jacob Katzfey’s single up the middle. A double steal by Boyer and Katzfey scored the first run of the afternoon for Wichita State.

Mason O’Brien’s RBI single in the fifth inning pulled the Shockers within two, 4-2. Katzfey singled up the middle to get the stanza going then moved to third on Luke Ritter’s single before coming home on O’Brien’s shot through the right side.

The Pirates plated three runs in the seventh extending their lead to 7-2. Brown’s fielder’s choice bunt scored Hoover and then a pair of throwing errors on the same play scored two more. Brown took off for second base where Ross Cadena threw over the second baseman’s head allowing Brickhouse to score from third. Brown took off for third on the play and ended up scoring on Katzfey’s errant throw to third accounting for the two runs.

Katzfey’s RBI ground out to third scored Brady Slavens in the eighth to cap the scoring at 7-3.

Hoover, who extended his hitting streak to 11 games, tallied his 11th multi-hit game of the season to lead the Pirates offense. Baker, Burleson and Lloyd each had a hit, while Brown plated a pair of runs. Three Pirates scored multiple runs in the game in Brickhouse, Brown and Hoover.

The Shockers tallied 13 hits in the game getting multiple base knocks from Katzfey, Ritter and Paxton Wallace.

ECU returns to the diamond on Tuesday, May 14 when it hosts instate foe Campbell in the first of four-straight home games at Lewis Field inside Clark-LeClair Stadium. First pitch of the midweek matchup is slated for 6:30 p.m. (ET).

Video: Restaurants can get additional cleaning and sanitation training

Video: Restaurants can get additional cleaning and sanitation training