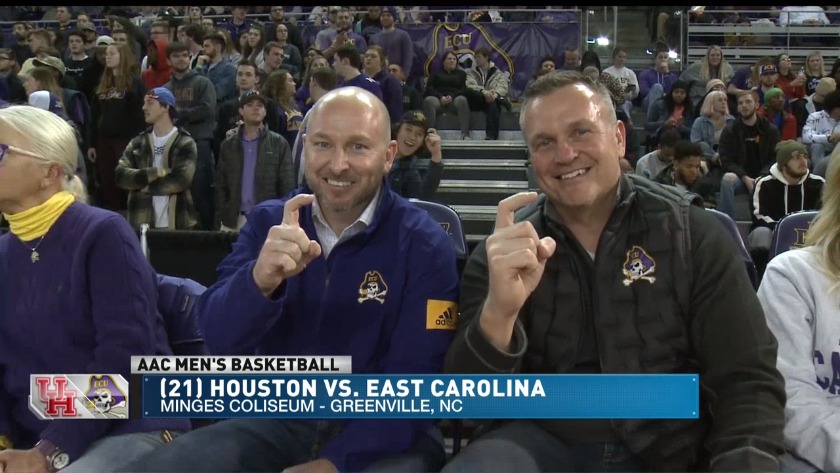 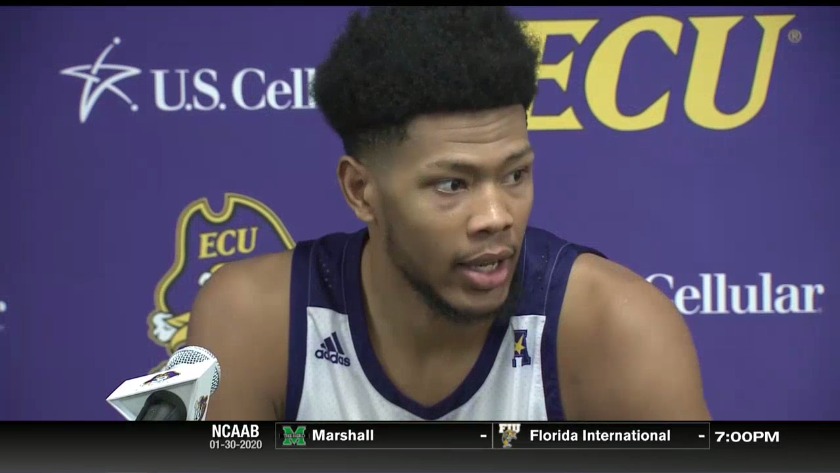 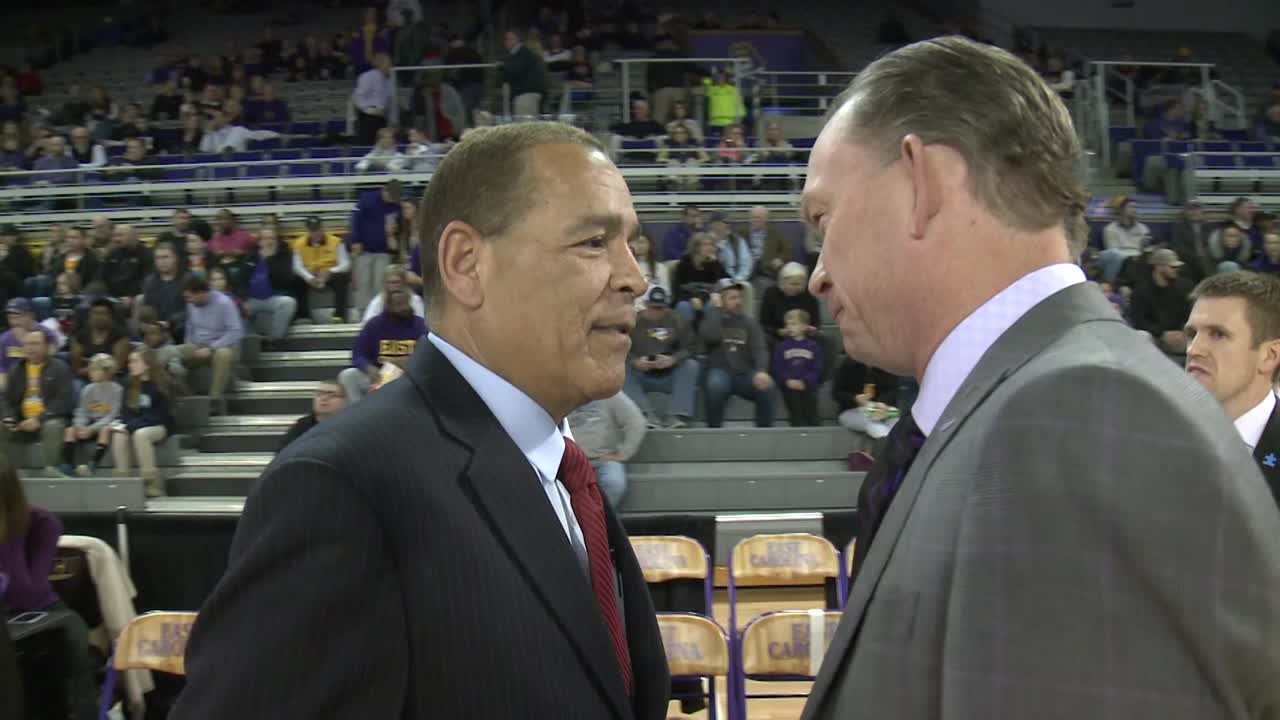 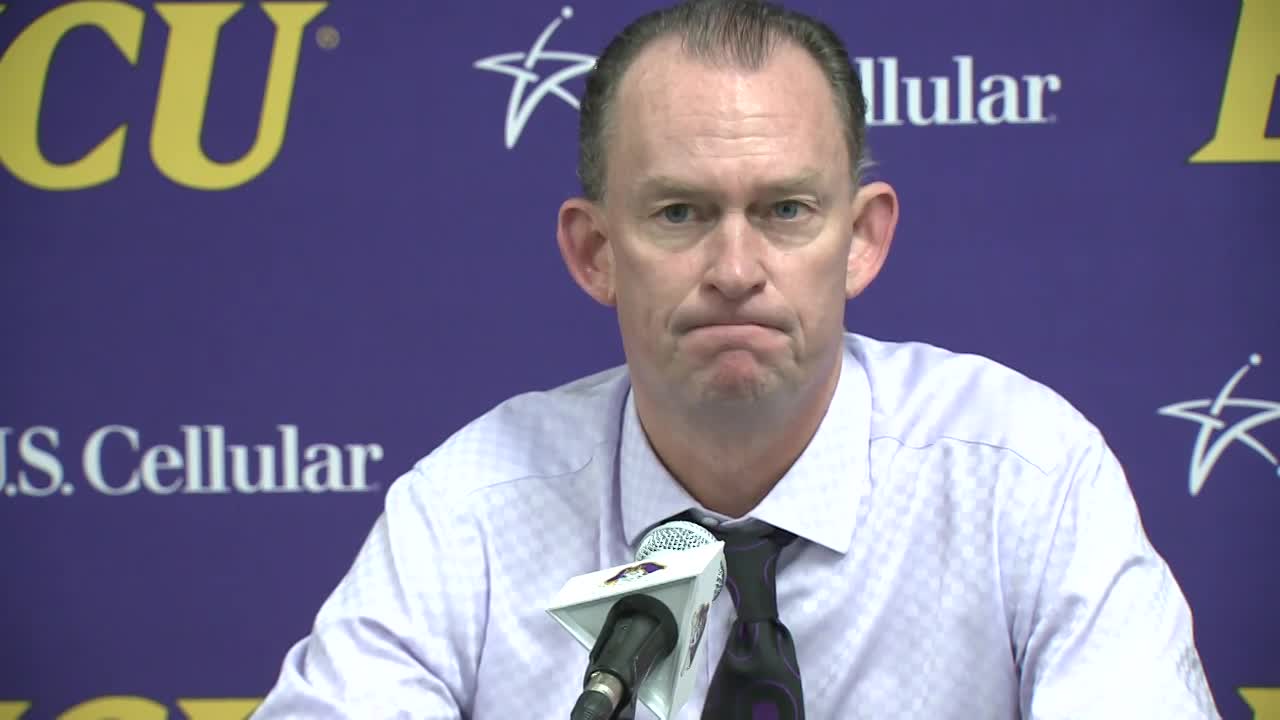 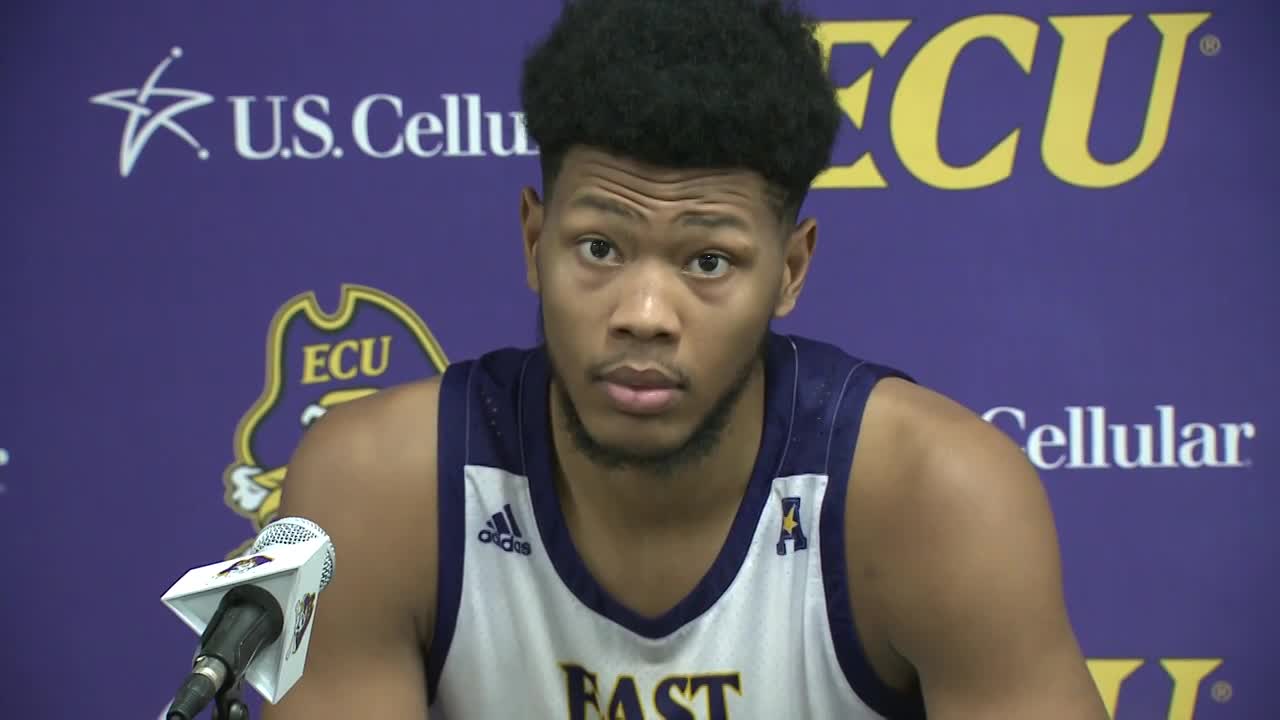 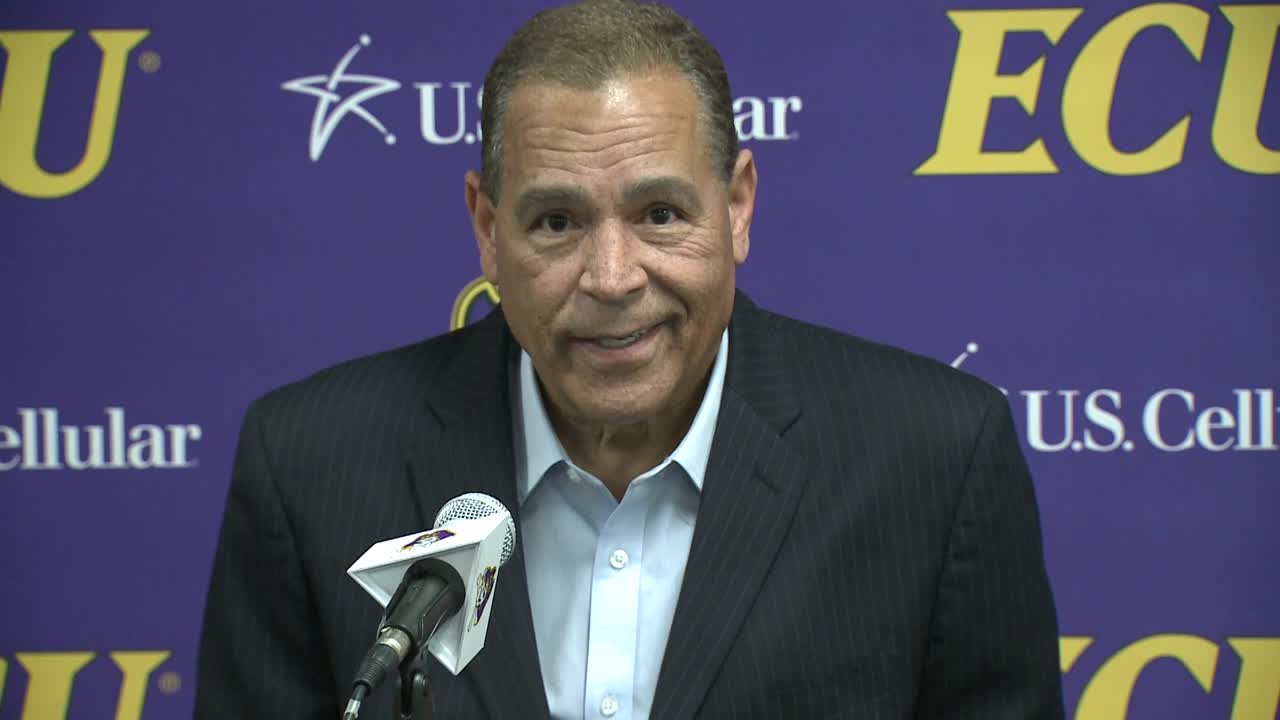 East Carolina's Jayden Gardner looks to pass the ball while defended by Houston's Brison Gresham (55) during the first half of an NCAA college basketball game in Greenville, N.C., Wednesday, Jan. 29, 2020. (AP Photo/Karl B DeBlaker)

Quentin Grimes added 15 points for the Cougars (17-4, 7-1 American Athletic Conference), who continued their shaky shooting in league play but still remained in control of the game. Houston shot 39% and didn’t have its usual domination of the glass, yet the Cougars still won for the 15th time in 17 games after entering the day tied with Tulsa atop the AAC standings.

Houston overcame a strong performance from league-leading scorer Jayden Gardner, who had 29 points and 19 rebounds for the Pirates (9-12, 3-5).

Gardner got little help from his teammates, with the Pirates shooting 33% and making 4 of 23 3-pointers.

Gardner’s jumper at the 5:20 mark was ECU’s last basket before halftime. And he went the last 4 1/2 minutes before the break without a shot while the Pirates launched and missed five consecutive 3s as Houston stretched its lead to 33-21 by halftime.

Houston: The Cougars came in shooting 41% in league play, including 29% from behind the arc. They didn’t do anything to change those numbers Wednesday, including making 5 of 16 3-pointers. More surprising, Houston finished even on the boards (43-all) despite entering the game as the national leader in rebounding margin (10.7). Still, the Cougars beat the Pirates for the ninth straight time.

ECU: Gardner has been terrific for the Pirates. He came into the day ranked 13th nationally in scoring and was averaging nearly five full points more than the AAC’s No. 2 scorer (Tulane’s Teshaun Hightower at 16.1 points). But Gardner’s teammates did little to back him up Wednesday with the Pirates having the chance to match their win total for all of last season.