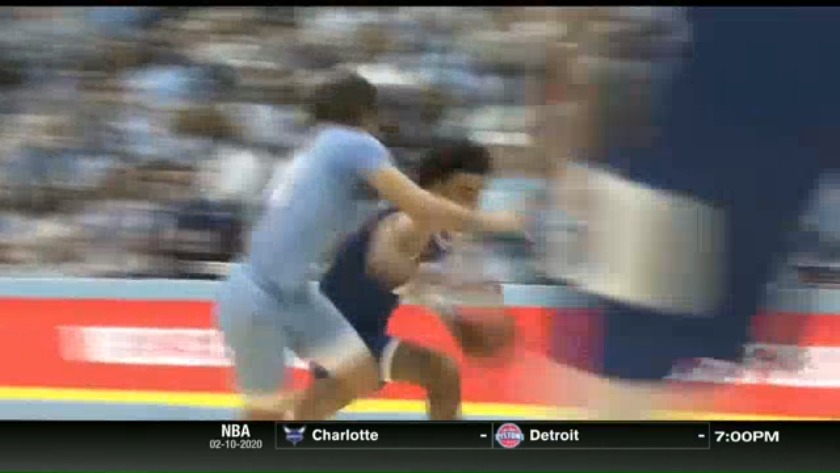 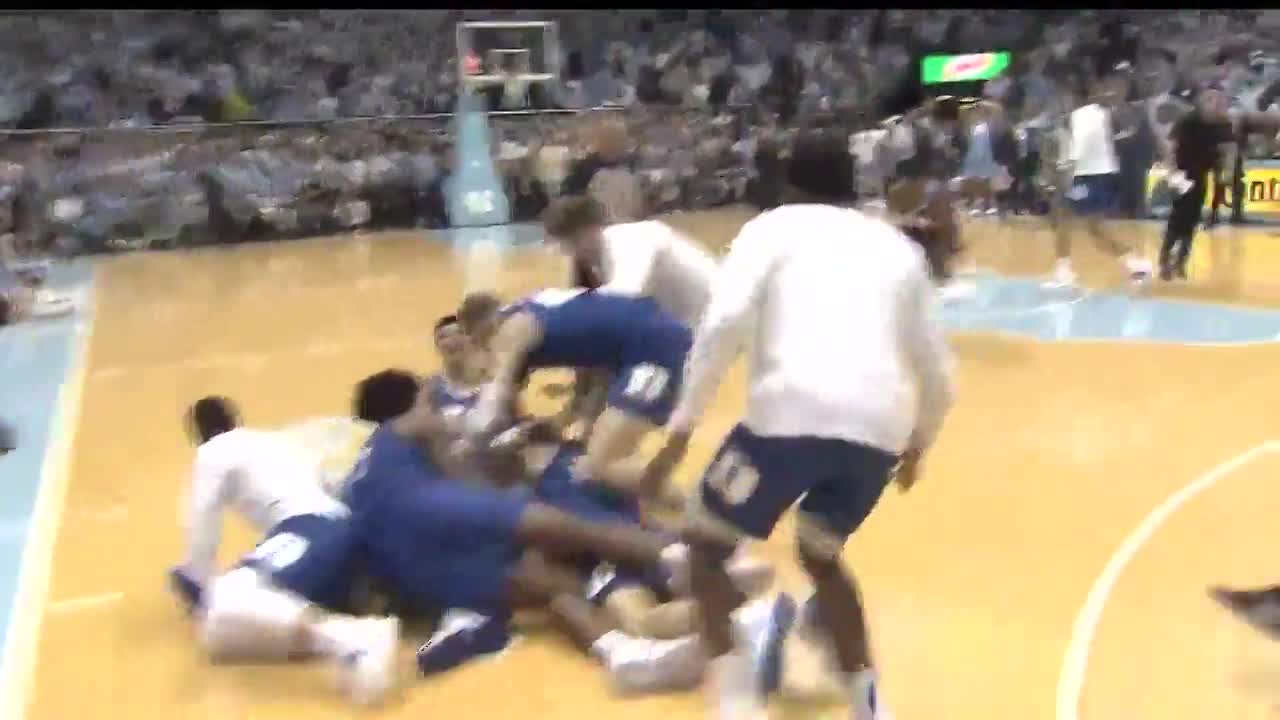 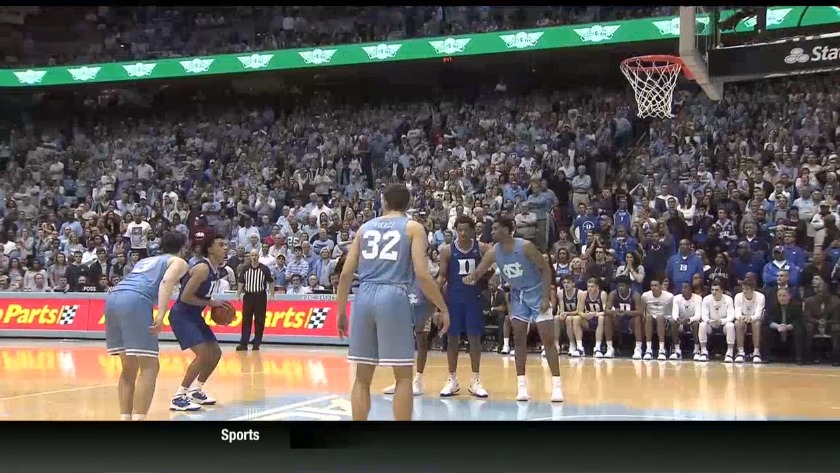 CHAPEL HILL, N.C. (AP) — Freshman Wendell Moore scored on a putback as time expired to help No. 7 Duke rally past North Carolina 98-96 in overtime in a wild renewal of the rivalry Saturday night.

Moore’s follow of Tre Jones’ missed off-balance jumper finally ended this one, a game that saw Duke rally from 13 down in the final 4½ minutes of regulation. Jones forced overtime, hitting a contested jumper at the regulation horn after corralling his own intentionally missed free throw.

Jones finished with 28 points to lead the Blue Devils (20-3, 10-2 Atlantic Coast Conference), who trailed most of the night and led for only 1:47 of game action.

“He was at another level tonight,” Duke coach Mike Krzyzewski said. “We won because of that kid.”

Cole Anthony scored 24 points to lead the Tar Heels (10-13, 3-9), who appeared unexpectedly in control of this one much of the way – only to be undone by missed free throws and an inability to come up with one or two more clutch plays to close this one out.

A disputed no-call in the final seconds of overtime gave Duke the ball and its chance to win. After a driving basket by Moore brought the Blue Devils to within 96-95 with 12 seconds left, the Tar Heels tried to inbounds the ball to Andrew Platek — only to see Moore knock the ball away and off Platek while making contact near the sideline.

Jones drew a foul with 6.6 seconds left on a drive and hit the first free throw to make it 96-all, but he missed the second only to have the rebound batted out beyond the arc. The Blue Devils got it back and Jones tried to follow his OT-forcing shot with an even bigger one.

He missed, but Moore was right at the rim for an easy putback at the horn, sending the Blue Devils spilling from their bench onto the court to celebrate one of the wildest games in the rivalry’s recent history.

Duke: Jones offered a reminder of how good he can be in big moments. After big man Vernon Carey Jr. had fouled out, Jones took over at the point to keep the Blue Devils hanging around. He had the Blue Devils’ last nine points of regulation, including the contested jumper over Anthony to force the overtime, then Duke’s first six points of overtime. “Tre was magnificent,” Krzyzewski said, adding: “He was a stud tonight, man.”

UNC: For once, the Tar Heels’ season-long struggles seemed past, and they had found probably their best mix of Anthony’s ball-dominant style with getting the ball consistently in the post even while playing without No. 3 scorer Brandon Robinson due to an ankle injury. And yet, the Tar Heels — just as they faltered in their first-ever home loss to Clemson last month — couldn’t come up with a couple more key stops or baskets when the game hung in the balance. Most glaringly, they made just 21 of 38 free throws, including 5 of 12 to end regulation with a chance to close this one out.

This one was fittingly close considering the history of the rivalry.

The teams were marking the 100th anniversary of the first basketball game between the teams with retro-inspired jerseys that had each team sporting their shade of blue. And in an odd stat, the teams had split the past 100 games evenly, even matching one another with 7,746 points in those meetings.

And now, Duke’s ahead by a bucket.