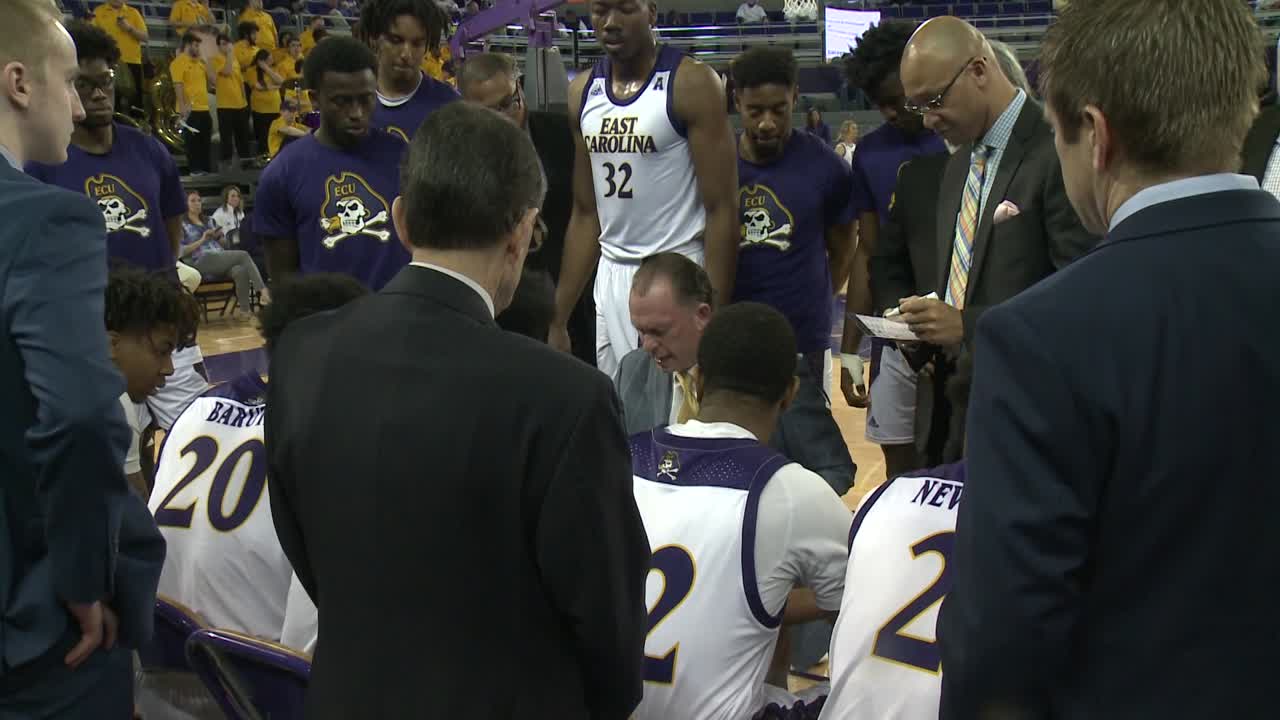 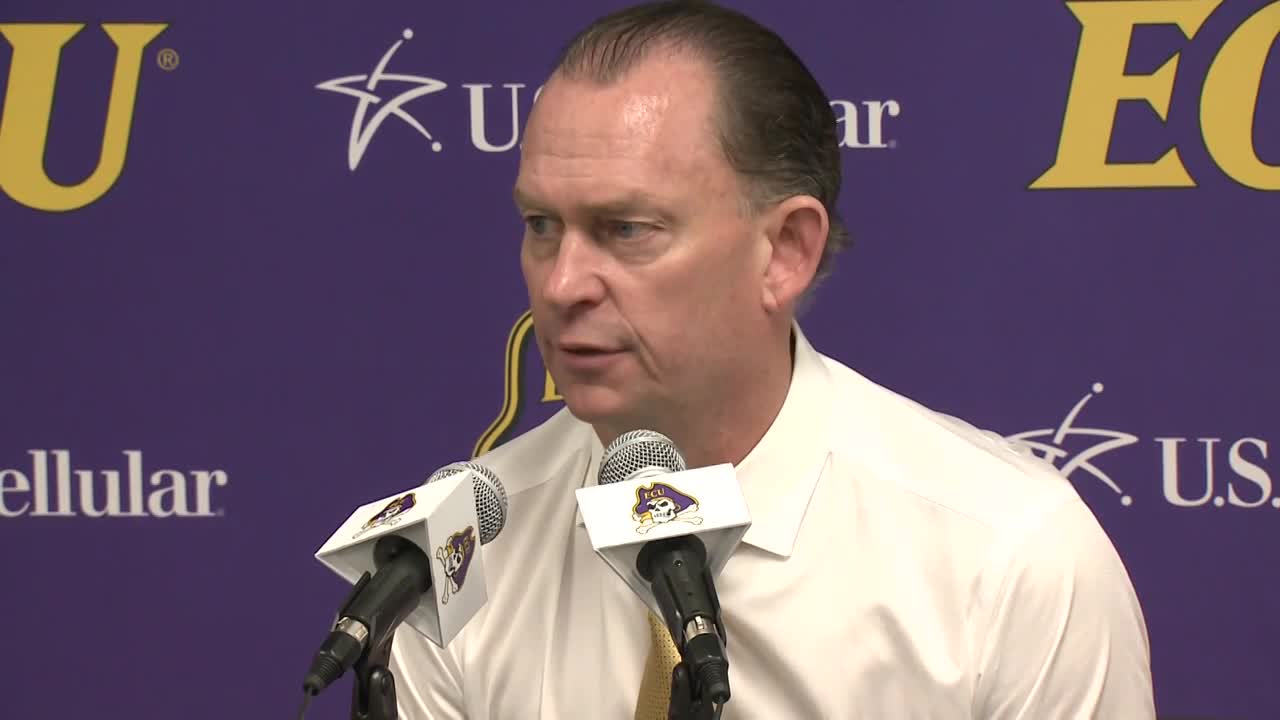 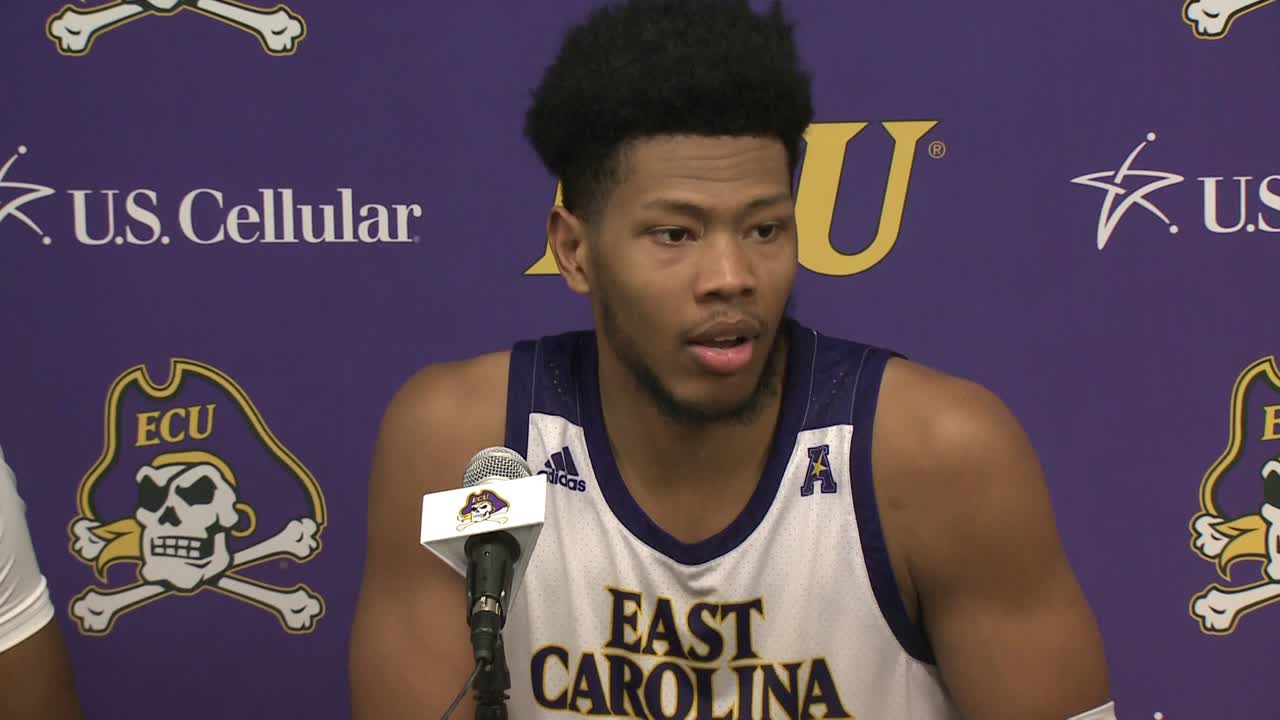 Jayden Gardner and Tristen Newton react to win over Temple

GREENVILLE, N.C. (ECU) – Jayden Gardner tied his season-high with 29 points and 13 rebounds as East Carolina held Temple scoreless for the last 2:41 to edge the Owls 67-63 on Sunday.

The Pirates raced out to a 10-point lead, 16-6, in the first eight minutes with Gardner scoring eight of their first 16 points.

Temple reduced ECU's lead to one at intermission, 37-36, as Alani Moore buried his only 3-pointer of the game just before the halftime buzzer as the Owls ended the half on a 14-5 run.

The Owls run continued at the start of the second half and they surged ahead by 4, 45-41, less than five minutes into the stanza on a 3 by J.P Moorman II.

Four lead changes and six tied ensued for the next 11 minutes leading up a flagrant one foul called on ECU junior J.J. Miles along with a technical foul against him as well as Tremont Robinson-White with 3:51 to play.

The Owls were awarded six free throws but made only three and the Pirates came out of a potential disastrous situation down only three, 63-60.

"Let's cut to the chase, we got lucky that they missed some free throws," ECU Head Coach Joe Dooley said. "Then Tristen [Newton] blocks a shot and we sort of bail ourselves out from that situation. In a weird way it sort of fired our fans and our guys up. It was sort of a wait and see kind of deal and we got some momentum and a little energy. I thought that was a real start even though it could have been a real dire deal for us."

Newton made two free throws with 2:41 remaining before score Robinson-White scored the go-ahead bucket with 1:48 remaining.

Newton and Miles added 3 of 4 at the line to close it out as East Carolina halted a three-game skid. Temple missed four shots and turned the ball over three times down the stretch.

Miles scored 11 points and had six rebounds for East Carolina (11-17, 5-10 American Athletic Conference). Newton added 10 points and Robinson-White scored three points with five rebounds and he stole the ball from Quinton Rose with under a minute to play.

POSTGAME QUOTES
ECU Head Coach Joe Dooley
Opening statement
"A good win for our guys. We withstood some runs especially late in the game to sort of stumble around and make sure we were within striking distance. We made some free throws, some big shots and most importantly I thought we had some big stops at the end. They didn't score from the field goal the last four minutes which probably bailed us out. I thought the guys showed some resiliency and it was a good win for our guys."

On playing another close game
"I think all of these experiences add up as these guys get older It's learning how to grow. Today was a bit of a grinder. It wasn't a very pretty game. I say to the guys all the time, you just stick around like we did if you can make some plays and don't make mistakes.

"We've still got some basketball to play this year. If we finish the season the right way with some effort and enthusiasm, there's no telling what might happen."

Sophomore Jayden Gardner
On snapping a three-game losing streak
"Just having that bad taste in your mouth and games that we could have won and should have won and being able to experience that again was big time,"

On knowing when to take over games
"I'm a leader on this team, I have to be a leader on the court and know when we need baskets."

POSTGAME NOTES
East Carolina posted its 11th victory of the season, surpassing its win total from last season.
ECU improved to 4-7 all-time against Temple, including a 3-2 mark inside Williams Arena at Minges Coliseum.
The Pirates improved to 11-1 this season when holding their opponent to under 40 percent from the field. Temple finished with a field goal percentage of 35.5.
Gardner posted his 15th 20-point game of the season and first in four games (23 vs. UCF, Feb. 6, 2020). He also registered is 13th double-double of the season and 23rd of his career.
Miles scored double figures for the third time in four games. He had 21 points against Tulsa and 12 versus Cincinnati before being held to five by Memphis on Wednesday.
Sophomore Miles James came off the bench to score a career-best seven points in 17 minutes of action. 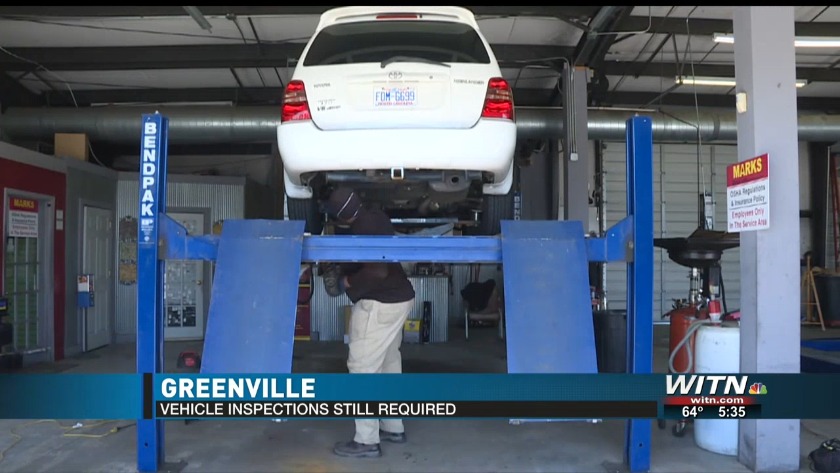 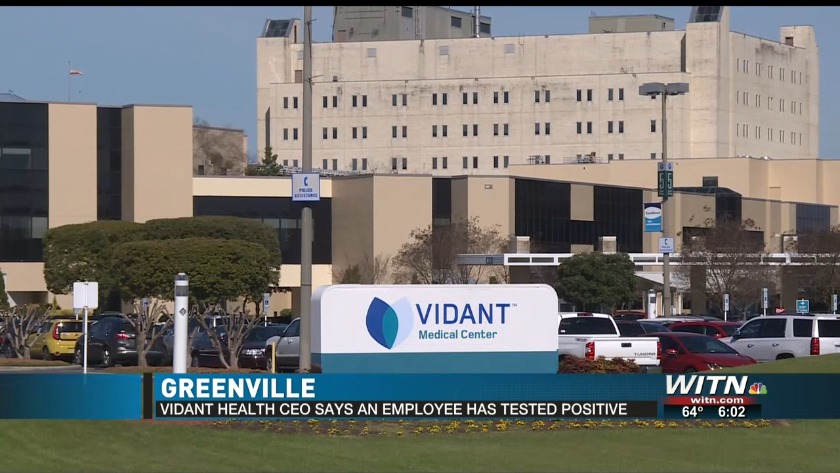 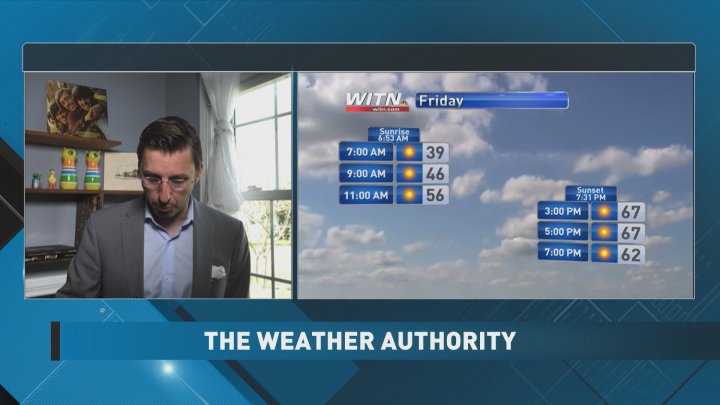