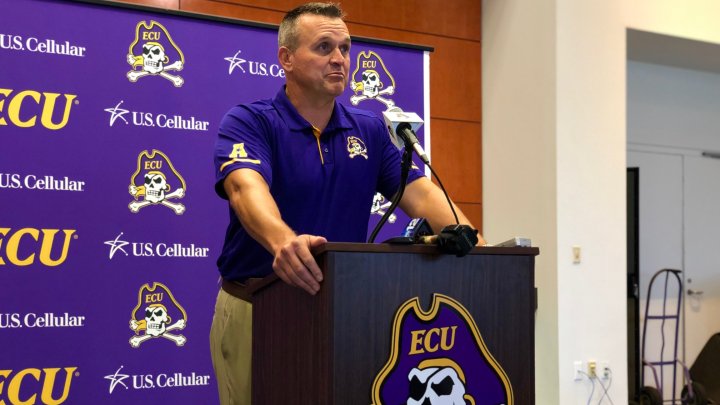 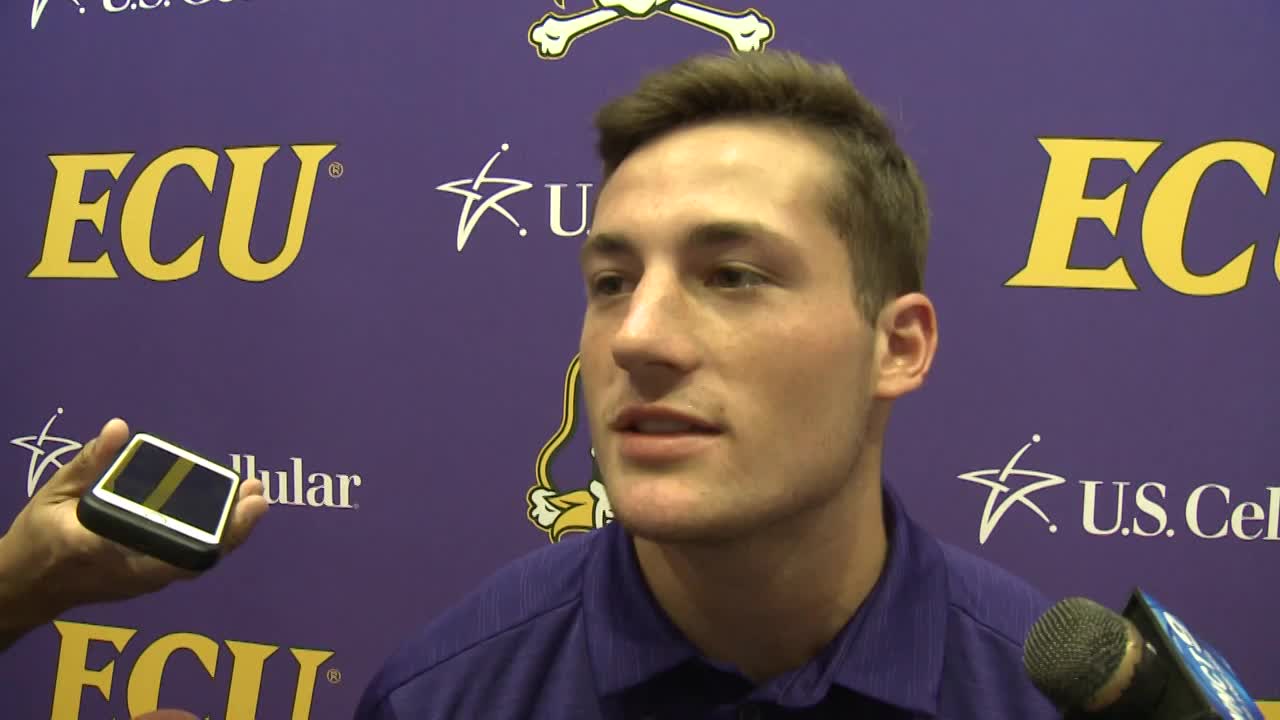 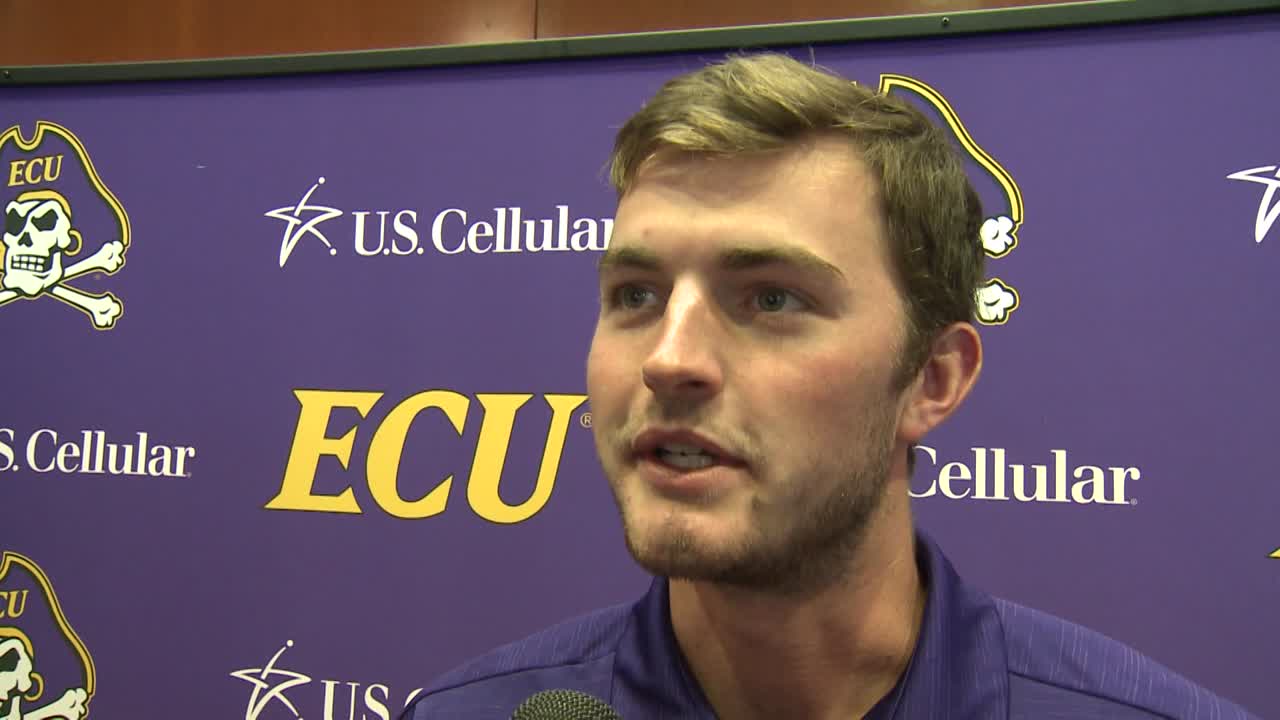 Opening Statement
"Great to be back in Dowdy-Ficklen Stadium this past weekend. We just had a fantastic crowd, really energetic. When we got off the bus for the Pirate Walk at 3:30 on Saturday afternoon, the crowd was already hyped up and in great spirit. It was really uplifting to our players as they walked through on their way to the locker room. I think that's really becoming something pretty special right there. The opportunity for the players to engage with the fan base and vice versa and all that carried on into the stadium. It was an electric atmosphere in our stadium Saturday night and a great college football game. William & Mary played very well, just like we expected them to. Really pleased with how our guys were able to do the things they needed to, especially in the second half in order to finish the game off and get the win. It's always good to win at home and a great way to go into this next week."

On Old Dominion
"Certainly, facing a pretty stiff challenge this week, going to Old Dominion. They've had a couple of close losses the past few weeks, but losses where they've played very, very well. They were leading the University of Virginia 17-0 at one point last week before finally losing that game in the end. But certainly, they are playing better and better each week. A tremendous challenge this week on the road. It will be their second game in their new facility up there and so I'm sure they'll be excited and ready to play. We'll have a great week of practice and the guys will go up there with a great attitude and be determined and ready to get after it and see what we can do."

On Whether Practice Or The Game Will Dictate Who Starts At Running Back
"Well, last week practice dictated who started and who also got opportunities. Tay (Williams) and Trace (Christian) got their opportunities last week based on their performance in practice last Tuesday and Wednesday. We've told those guys that they will decide who starts and who plays this week based on their performance during the week in practice. It is good to have some options and I do think the competition right now will bring out the best in all of those guys in that room. We always say it, the cream will rise to the top. We'll see how that goes this week."

On The Status Of Cortez Herrin And Demetrius Mauney
"I expect both of them to play Saturday."

On How To Score Touchdowns Rather Than Settling For Field Goals
"Don't get a penalty on the five-yard line that backs you up to the 20. That's a good start right there. I do feel like a lot of times Saturday, much like the play I'm talking about, it's a small thing. It's a fundamental thing that we've got to do a better job with right there in order to not put ourselves in a long yardage situation when we're inside the five-yard line. It's not making those mistakes in those critical moments. It's making the big catch when you have the opportunity down the field. A lot of those things, execution-wise, we've got to keep improving on. Did we see improvement from the week before? Absolutely. The big thing that we talked about on Sunday is I'm not real happy with the nine penalties. Because most of those are easily correctible. But we've got to correct them. The excuse of being a freshman or whatever, we're five games in. If you're a freshman and you're playing, we don't have time for you to grow up. You need to play like an older player. You've got to. Or that gives me reps, one of the two. We've got to do a better job correcting those mistakes, those things that are keeping us from capitalizing on our possessions."

On Whether This Game Is A Measuring Stick
"Yeah, I think playing a quality opponent on the road, you'll have another opportunity to see where we are. They're a drastically different football team than a year ago when they came here. I think what my guys counted up was 42 new players: 30 transfers and 17 junior college transfers in one year. So, it's almost like half of the roster is brand new. On film, when you look at them, they're a big, good-looking football team. There's athletes all over the place. They're playing better each week because you look at the progression of the scores and the performance each week, they've performed better each week."

On How Sean Bailey And Matt Morgan Have Done
"I think they've done pretty well. Obviously, there's been sometimes where they've not played as well. But I think overall, they've played pretty well."

On How To Have Success On The Road
"Well, you look at the track record that we've had on the road at all three places that we've been, and we have a pretty good win-loss record on the road. But then you look at the traits of those football teams. Those football teams ran the ball effectively. They were very good against the run. They were very good on special teams. They were confident groups. They had a lot of resiliency. I think those traits are going to be the same no matter what program you look at. If you look at a team that wins on the road consistently, they're going to have those traits most times. We've got to continue to develop our roster, continue to develop our program. I think this will be a great step in the right direction this weekend if we can figure out how to win this one. But we've got to continue to build this program the right way. We're building it from the ground up. We're trying to do it with a great work ethic, strong character, building fantastic young men and teaching them how to play the game of football the way it's supposed to be played. That's something that's going to take time. But as you're going through this process, anytime you can take that next step towards your goal like we have the opportunity this weekend, I think that's a great opportunity and hopefully one we're ready for."

On Whether He'd Like This Series To Continue
"I think it's probably a pretty good matchup for both institutions. We're pretty similar institutions, with both being state supported. It is very close so our fan bases can get back and forth. We're hopefully in time, going to have a lot of players from that area. We've always recruited the Norfolk and Virginia Beach area pretty heavily. We've had some of our best players at James Madison come from that area. So, we're going to be in there recruiting so that could bring a lot to the rivalry also. I would be fine with it. But I don't know how they feel about it."

Video: Yamato: The Drummers of Japan

Video: Yamato: The Drummers of Japan