CHARLOTTE, N.C. (AP) — There’s a part of Kemba Walker that wants to play his entire career with the Charlotte Hornets. There’s another part that wants to compete for an NBA championship before he’s too old.

With the Hornets not ready to compete with the Golden State Warriors of the world, the 28-year-old Walker enters this offseason having to make a choice between loyalty and chasing a ring.

And he’s just not ready to do that just yet.

“I have no feeling right now, I don’t know,” Walker said of his impending decision in free agency this summer. “Honestly, I don’t know what to expect. I guess it’s a lot of different emotions bottled up into one. I’m not sure. I don’t know.”

The three-time All-Star point guard is expected to be a hot commodity when free agency opens July 1.

He’s coming off his most productive season statistically, averaging a career-high 25.6 points per game to go along with 5.9 assists and 4.4 rebounds. He was selected as an All-Star game starter for the first time and has put himself in the running for the All-NBA team.

Walker’s dilemma is that if the Hornets re-sign him to a max contract, they won’t have many pieces to put around him — which means the team could continue to muddle in mediocrity as they’ve done for the first eight seasons in Charlotte. The Hornets have only been to the postseason twice during that time and have never gotten out of the first round.

Signing with another team could give him the opportunity to compete for the championship he so desperately craves.

“I mean, obviously I do want to be competitive because I want to be able to play in the playoffs,” Walker said. “So, I want to think that would have some influence” on my decision.

At media day last September an excited Walker sounded committed to re-signing with the Hornets, saying he “wanted to create something” in Charlotte. Walker said Thursday that “nothing has changed” in that regard, but his enthusiasm has clearly waned over the past seven months.

Some other things from the Hornets heading into the offseason:

Hornets shooting guard Jeremy Lamb is coming off the best season of his seven-year NBA career, averaging 15.3 points per game while making four game-winning shots. Lamb played so well he may be too pricey for the Hornets to re-sign this July when he becomes an unrestricted free agent.

“I would love to come back,” said Lamb, who made $7.48 million last season. “This team, this organization, has done so much for my career ... I love it here, but things don’t always end up like that.”

Nic Batum has two years left on a whopping five-year, $120 million contract, yet he readily says he “doesn’t know” what role he’ll play next season with the Hornets.

Neither does coach James Borrego.

The rookie coach mentioned that he could bring Batum off the bench next season as he did near the end of this season.

“It was a different year for me — different roles, different positions,” Batum said.

Tony Parker said he’s “50-50” on whether or not he will return for a 19th NBA season after his streak of 17 straight playoff appearances was snapped.

“I don’t want to play on a rebuilding team,” said Parker, who is under contract for $5.25 million next season. “I want to play for a team that’s fighting to make the playoffs at least.”

Borrego is excited about the development of young players Miles Bridges, Dwayne Bacon, Devonte Graham and Malik Monk, who helped the Hornets make big strides down the stretch and get back into the playoff hunt. Bridges and Bacon started, while Graham and Monk saw plenty of playing time off the bench.

Those four — along with Walker — struck up a close friendship.

Bacon joked they call themselves, “Kemba and the Avengers.”

“They’re fun,” Walker said. “They got better throughout the course of the season, especially Dwayne.”

In other contract news, forward Marvin Williams said he won’t opt out of his contract. 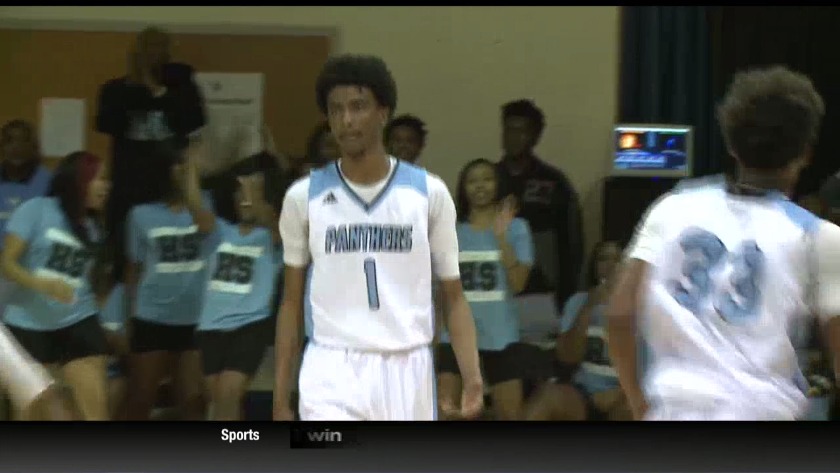