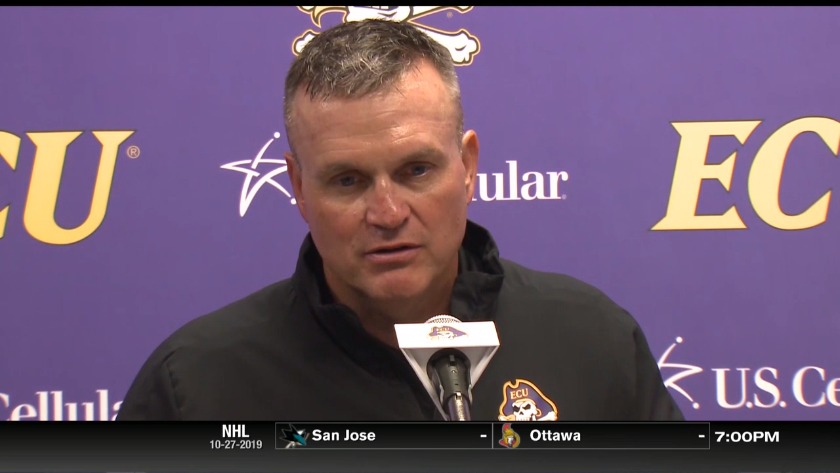 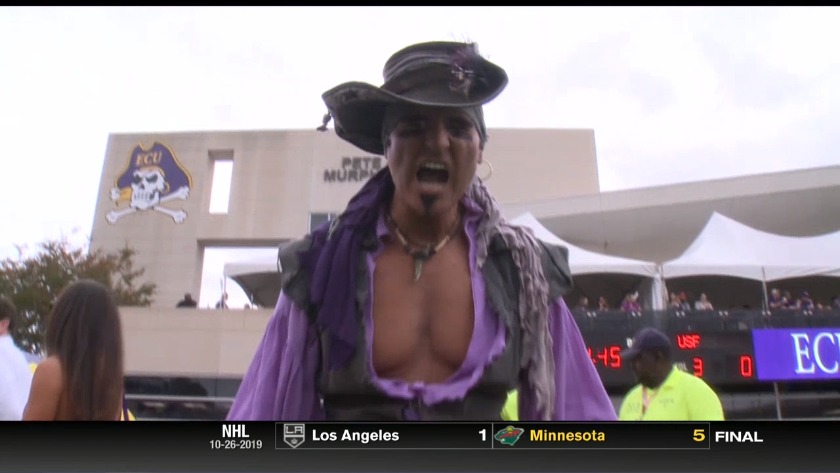 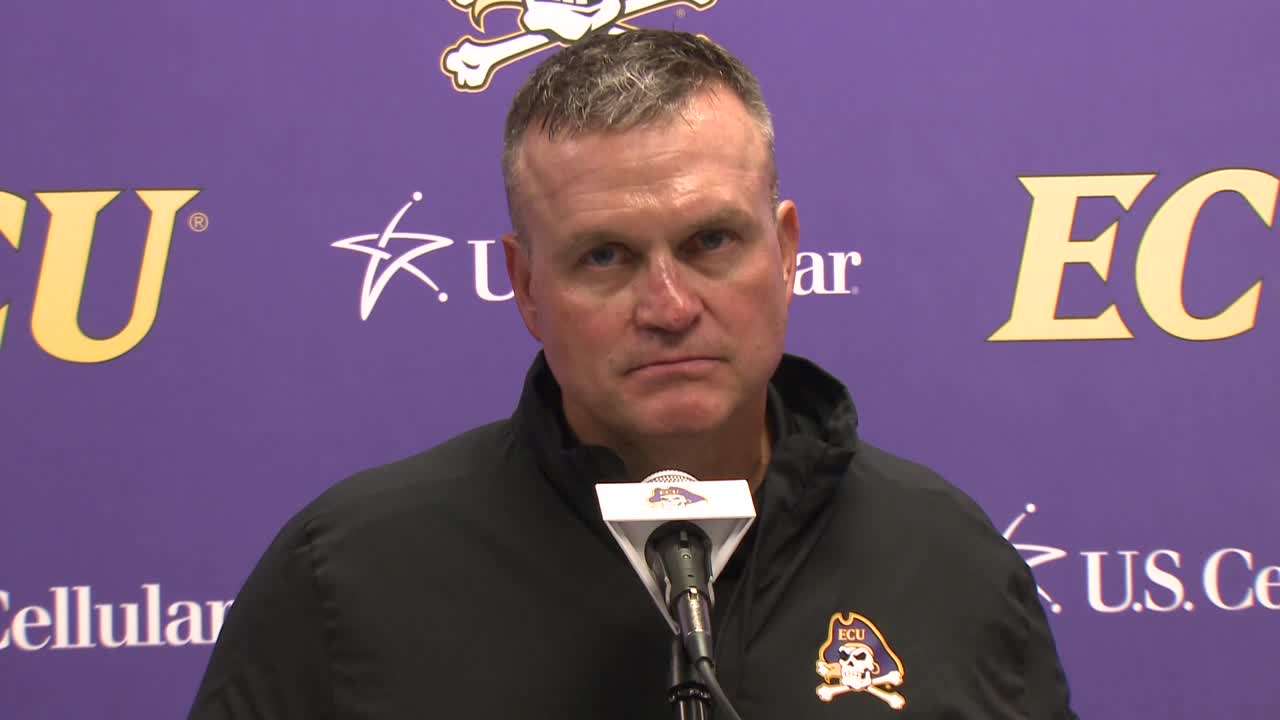 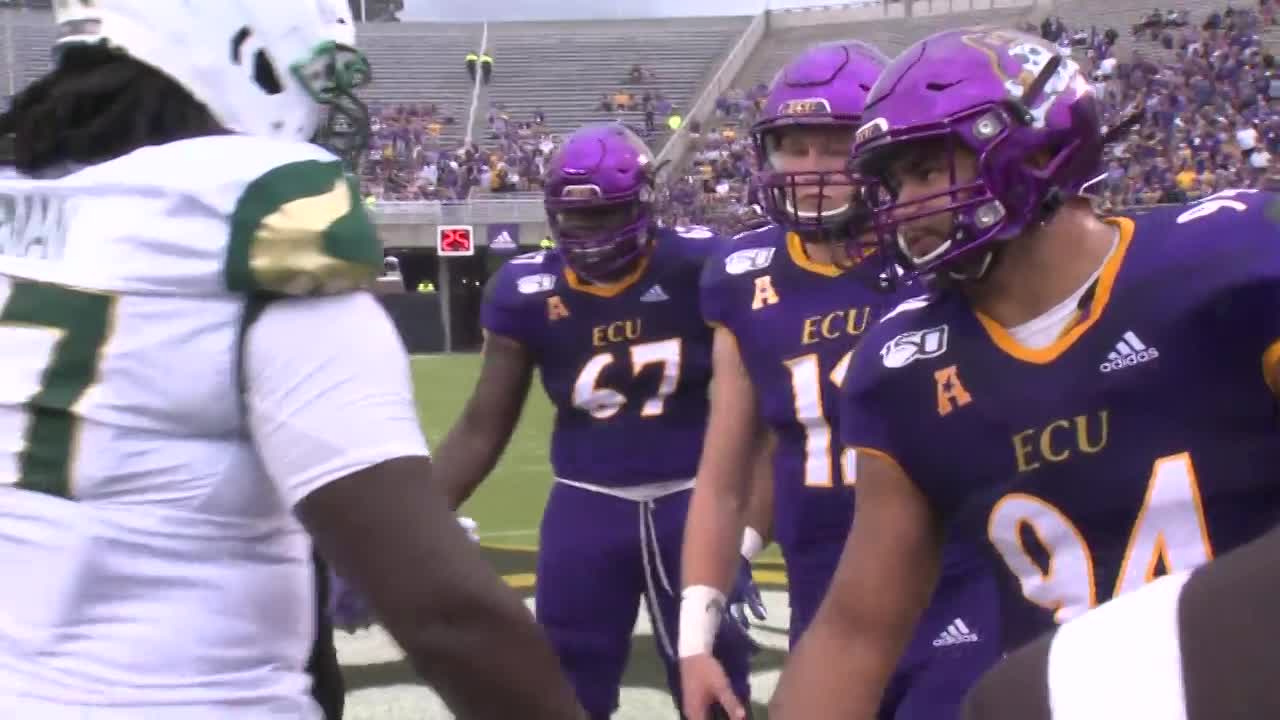 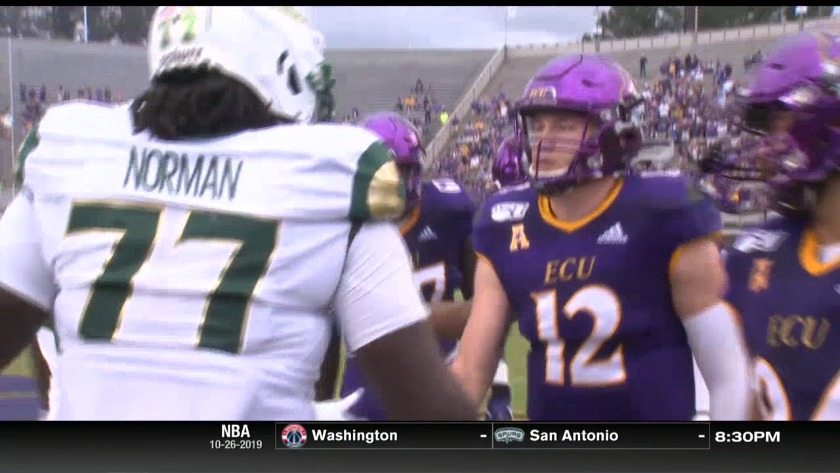 The Bulls (4-4, 2-2 American Athletic Conference) rushed for 347 yards including 99 and a touchdown from Jah’Quez Evans. Jordan McCloud was 9-of-12 passing with two touchdowns. Kirk Rygol added another TD pass.

The Pirates (3-5, 0-4) got a 100-yard kickoff return from Tyler Snead to start the game, but the Bulls then scored touchdowns on five of their seven first-half drives, including three straight to end the second quarter. Two of the first-half scores came after turnovers as the Bulls took a 35-10 lead.

Holton Ahlers threw for 217 yards with an interception for the Pirates.