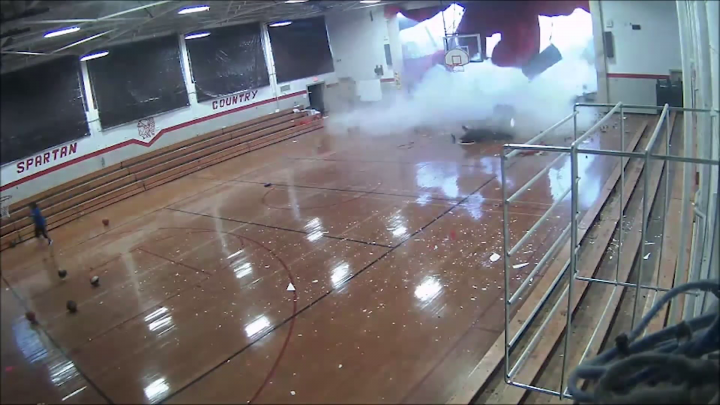 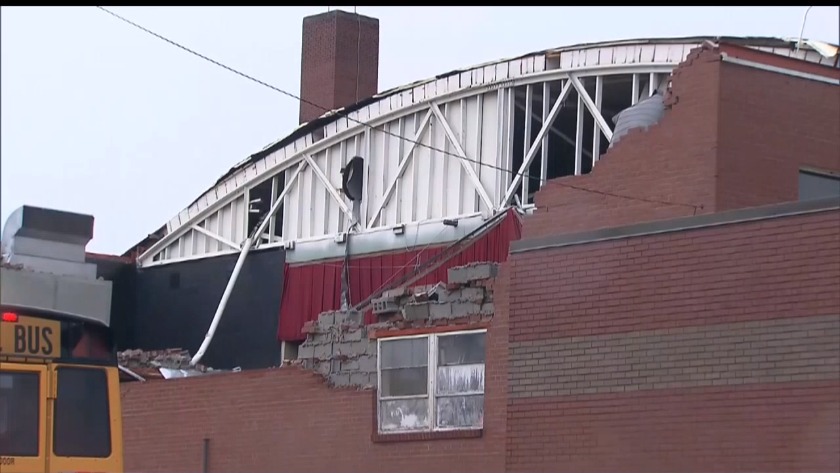 It happened Monday around 2:00 p.m. at Union Intermediate School, south of Clinton.

Sampson County Schools released the surveillance camera video which shows some students sitting on the floor of the gym, while others played nearby.

The students then suddenly start running as the roof and wall collapse.

Three of those students went to the hospital for minor injuries.

Three students were injured when the roof of their school's gymnasium collapsed this afternoon.

The partial collapse happened over the stage area of the gym and three students were taken to Sampson Regional Medical Center with reported minor injuries.

The National Weather Service says it was a water loaded microburst that caused the damage. The area was under a severe thunderstorm warning at the time.