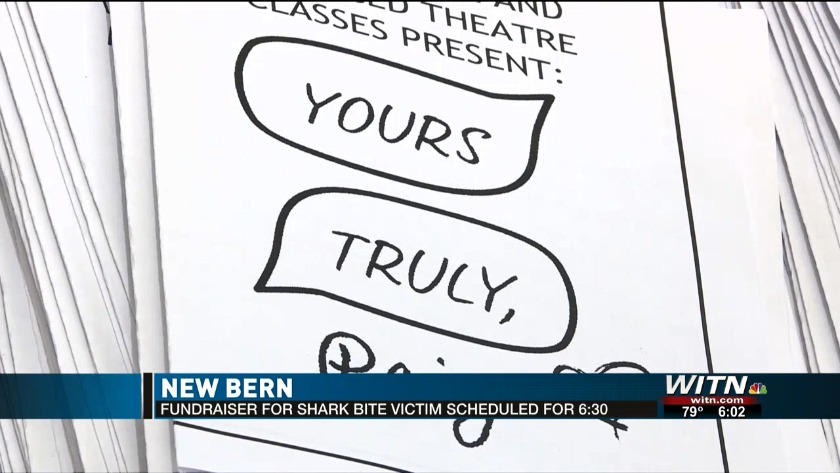 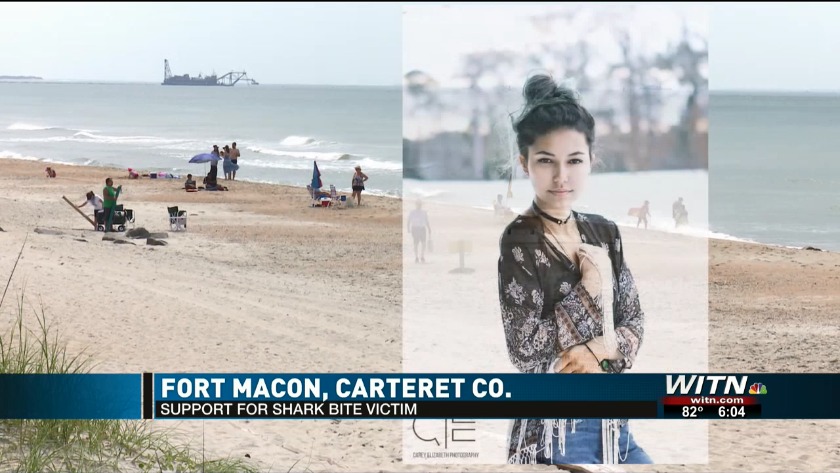 Shark bite victim suffers leg amputation: "I will be okay"

NEW BERN, N.C. (WITN) - An Eastern Carolina prosthetic company says they will donate all of the needed limbs and braces to a local teen who survived a shark attack.

Paige Winter, 17, of New Bern lost her leg above the knee and suffered multiple injuries to her hand after being bitten by a shark at Fort Macon on Sunday.

In a Facebook post, East Carolina Brace and Limb Company in New Bern said they will provide prosthetic and orthotic interventions for free.

The business also encouraged people to continue donating to the family's GoFundMe page​ for other extensive medical costs.

On Tuesday, Winter's family released a statement saying she is resting in the hospital and will need additional surgeries.

They say she is a fighter and that her courageous spirit continues to be a beacon of light.


PREVIOUS STORY
Classmates are rallying together to support 17-year-old Paige Winter after she was bitten by a shark along the Crystal Coast.

Winter was getting ready to finish up her junior year at New Bern High School before she was attacked by a shark Sunday at Fort Macon.

Havelock Fire/ Rescue says Winter and her father Charlie, along with other family members, were waist deep in the water when the attack happened. Her father, who is a firefighter/ paramedic with the department, came to her rescue, along with other first responders.

Winter was airlifted to Vidant Medical Center in Greenville where she has undergone several surgeries, including a leg amputation above the knee.

In a statement released by the hospital, Winter said, "I know I have a long road to recovery, which includes additional surgeries. I will continue to stay positive and be thankful that it was not worse."

Winter's classmates, who teachers say have been impacted by the attack, are now stepping in to help.

New Bern High School Theater Teacher Aaron Williams says Winter is involved in theater at school. His students have been writing their own plays for a project, which they're planning to perform Tuesday night to help raise money to pay for medical expenses.

“We all adore Paige so much, and so we’ve had a lot of responses of students coming in and crying," said Williams.

Winter's friend McKayla Morrow added, "I was just shocked and I was really thrown off. You just never think it’s going to be someone you know."

The performances will start at 6:30 p.m. at New Bern High School. All donations will go directly to the family.


PREVIOUS STORY
The victim of Sunday's shark bite on the Crystal Coast confirms that she had her leg amputated.

In a statement released Monday afternoon, the teen thanked everyone for helping her during the last 24 hours. "Although I have extensive injuries, including an amputated leg and damage to my hands, I will be okay," she said.

Winter said she has a long road to recovery, including additional surgeries. "I will continue to stay positive and be thankful that it was not worse."

The teen thanked her doctors, nurses, and staff at Vidant for their care.

The last shark bite in Eastern Carolina was August 2018 when a 14-year-old boy was injured in Atlantic Beach.

A GoFundMe page for a teen attacked by a shark over the weekend says that the girl is out of surgery and awake.

17-year-old Paige Winter, who is a junior at New Bern High School, was bitten while swimming at Fort Macon Sunday afternoon.

The GoFundMe set up by family friends says that "Due to the severity of the attack, amputation of the left leg above the knee was inevitable."

The page says that according to Marcy Winter, the girl's mom, "Paige is out of surgery and awake, she’s still pretty groggy but cracking jokes. She wants everyone to know that sharks are still good people."

A teenager survived a shark bite over the weekend.

A spokesperson for Vidant Medical Center says 17-year-old Paige Winter was airlifted to the hospital in Greenville after a shark attack that at Fort Macon Sunday afternoon.

Her family released a statement, expressing their appreciation for first responders and others who helped with the rescue, including her father.

"Despite this unfortunate circumstance, Paige is an unwavering advocate for the marine life and the animals who live in the water. She wishes for people to continue to respect sharks in their environment and their safety," officials say.

We will continue to keep you updated both on air and online.

Officials here in the east say a teen was flown to Vidant Medical Center Sunday following a marine animal bite at the beach.

The Atlantic Beach Deputy Fire Chief Casey Arthur said in a press release, firefighters and paramedics responded to the area of Fort Macon State Park just after noon Sunday for a report of a 17-year-old female with severe injuries to her leg and hands.

The teen was transported to an East Care Helicopter at Carteret Health Care where she was flown to Vidant Medical Center in Greenville.

Officials say she sustained deep lacerations to her leg, pelvic and hand areas.

Officials cannot confirm at this time what type of marine life was involved until further information is gathered from specialists and marine biologists.

We will continue to update you on this story both on air and online as new information becomes available.