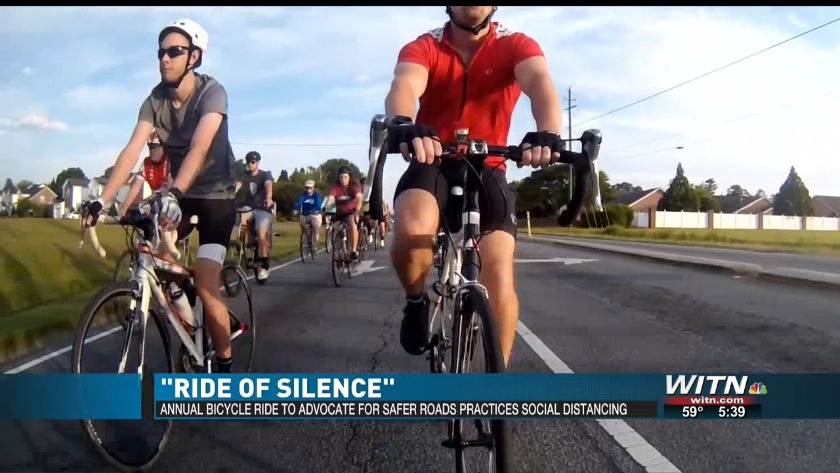 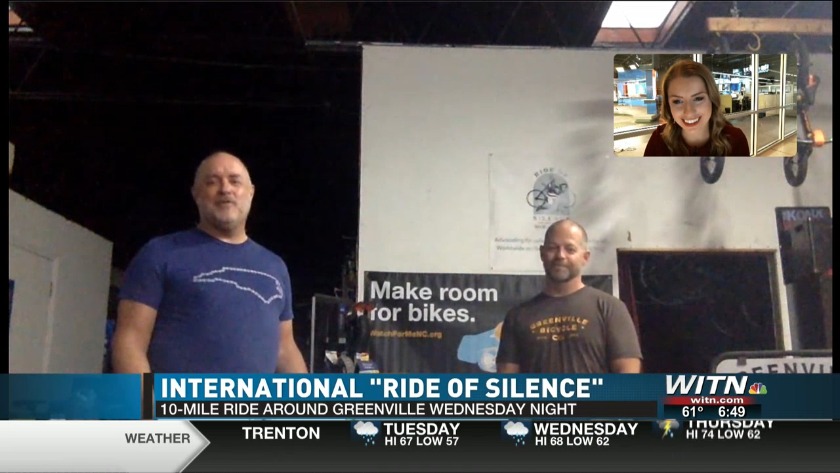 GREENVILLE, NC (WITN) - An annual bicycle ride to advocate for safer roads will look a little different this year due to COVID-19.

Wednesday marks the international Ride of Silence. Typically, tens of thousands of cyclists from all over the world ride at the same time to honor those who were hurt or killed while cycling and advocate for safer roads.

This year, the ride will still take place but will be socially distanced.

“We won’t be having a pre-ride gathering or post-ride gathering to comply with the governor’s limiting of sizes. This is kind of a rolling, permitted parade that will be rolling around a 10-mile loop at a slow pace,” said organizer and cyclist Steven Hardy-Braz.

Throughout the pandemic, there has been an increase in people cycling, which makes this year ride more relevant than ever.

“As more people are out riding and enjoying the outdoors, we feel a responsibility to make sure our roads are designed and engineered, that laws are enforced, that people are educated about the proper way to ride, to wear a helmet, be safe and share responsibly,” said Hardy-Braz.

Greenville Bicycle Owner Chris Davenport says he's personally seen an increase in the demand for bicycles during the pandemic.

“Nationwide, bikes are very scarce and hard to come by. We’re just trying to keep up with the demand of everyone who wants to be on a bicycle,” said Chris Davenport.

The ride will begin near the BB&T in Uptown Greenville at 6:30 p.m. on Wednesday, May 20. Helmets and social distancing are required. Cyclists are also encouraged to wear face masks.

The ride will last one hour and cyclists will be escorted by Greenville police.

If you cannot make it, you can still show your support by riding independently and using the hashtag #RideOfSilence on social media.