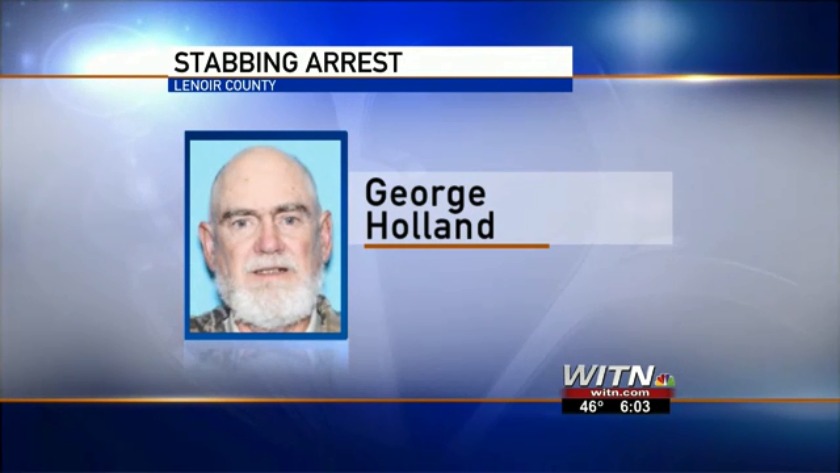 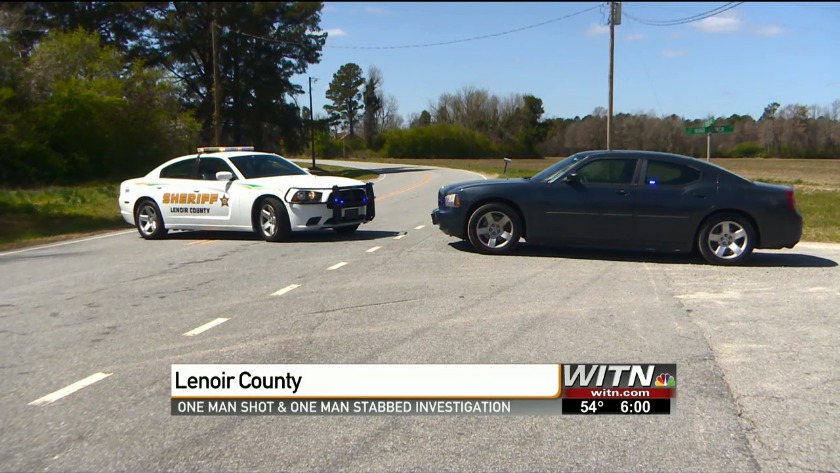 LENOIR COUNTY, NC (WITN) - Lenoir County deputies say a man acted in self defense in shooting a neighbor who attacked him with a knife.

It happened on Sunny Lane in Hugo around 1:15 p.m.

Deputies say Tripp was checking on his dog pens on his property when Holland jumped the ditch and attacked him with a knife. Relatives say Tripp received a 15-18 inch slash on his side and had 33 staples at the hospital to close the wound.

Major Ryan Dawson said Tripp tried to defend himself and first fired a shot at the ground with his gun. After Holland tried to attack him again, Dawson said the victim fired a second time, hitting Holland in the upper torso/shoulder area.

Dawson said Holland ran back to his property, while the victim and witnesses described the man "as being mentally unstable and armed."

More than an hour later, Holland appeared from the woods on his property and surrendered, according to Dawson.

The major says at this time there is no clear motive for the attack.

Holland was charged with assault with a deadly weapon with intent to kill inflicting serious injury. The man is being treated for his gunshot wound and has no bond, according to Dawson

Family members say Tripp was treated and released from the hospital.

A man is in custody Monday afternoon after deputies say he stabbed another man who then turned around and shot him.

Emergency crews were called around 1:15 p.m. to a private lane off Grifton Hugo Road.

Major Ryan Dawson with the Lenoir County Sheriff's Office says deputies were called to a stabbing on Sunny Lane. He said they found the man stabbed, and could not immediately locate the stabbing suspect.

Dawson said the victim was able to shoot his attacker after being stabbed.

Deputies eventually found the man who had been shot about 90 minutes later. Both men are being treated for their injuries, while the man who was shot has been taken into custody.

Family members tell us the stabbing was more like a slashing, and Tripp was released from the hospital after receiving 33 staples.

"They are both pretty good boys, and I was pretty surprised by what went on if you want to know the truth," said Tom Holland, the brother of the man who was shot.

Deputies closed off Grifton Hugo Road while their special response team was brought in to search for the stabbing suspect. The road has since reopened to traffic.