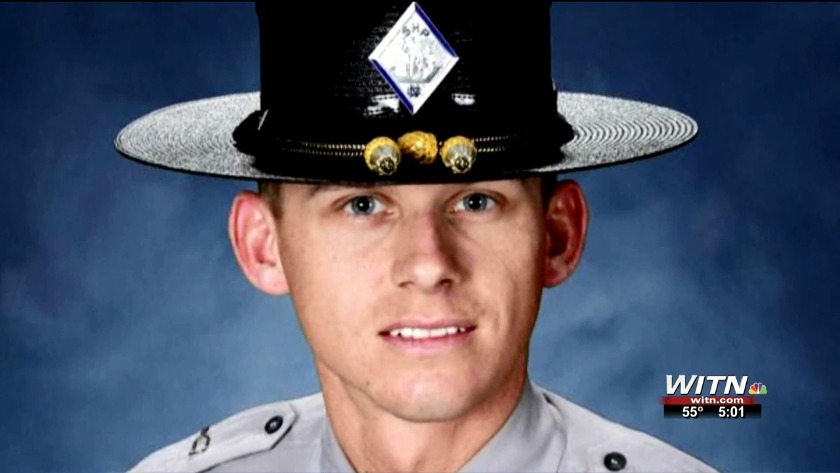 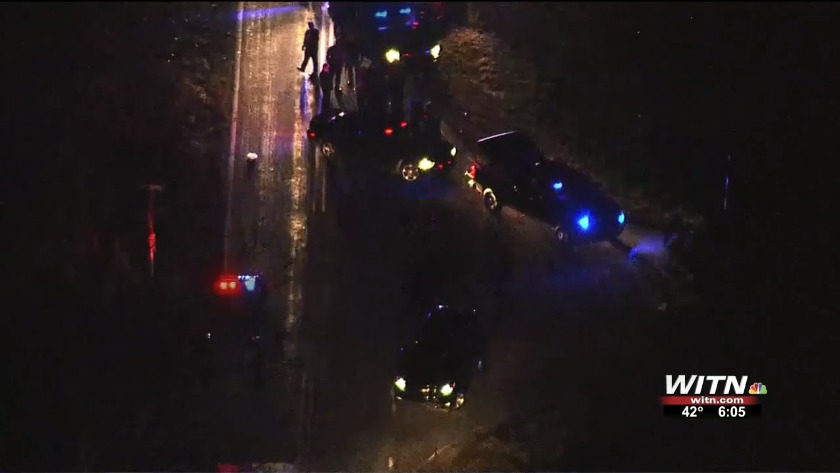 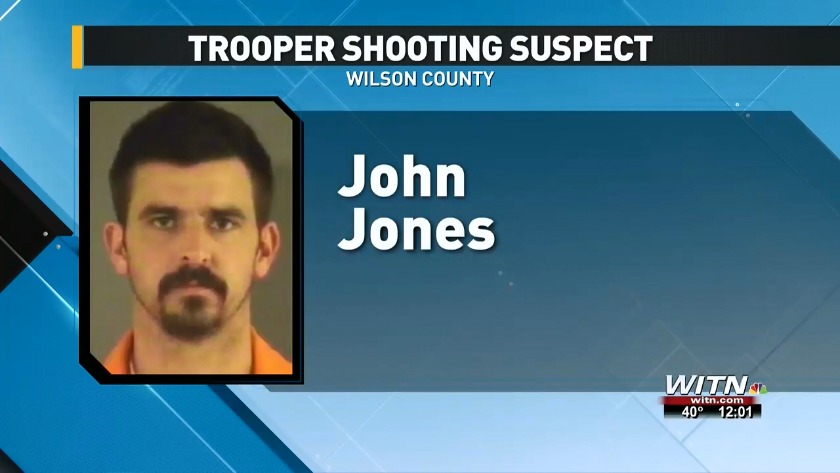 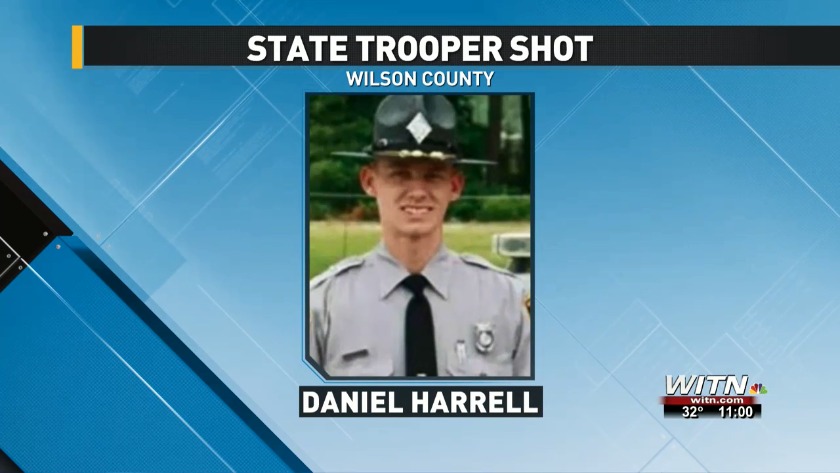 GREENVILLE, NC (WITN) - A state trooper who was wounded two days ago in Wilson County has been released from the hospital.

Harrell was shot after a traffic stop outside of Elm City around 5:15 p.m. Monday

John Jones, 36, was charged with shooting the trooper, while two other men with Jones were charged with possessing a stolen vehicle.

A support fund to help the trooper has been set up at the North Carolina State Employees Credit Union. Donations can be made at any branch using account number 62389662.

Three men charged after a state trooper was shot Monday night in Wilson County went before a judge Tuesday morning.

John Jones, 36, was charged with assault with a deadly weapon with intent to kill inflicting serious injury and assault on a law enforcement officer. He was taken into custody by the Wilson County Sheriff's Office and the Highway Patrol Monday night.

Jones was the subject of an hours-long manhunt. He was found in the woods off Cattail Road near Weaver Road around midnight and taken to Wilson Medical Center with minor injuries.

A District Court judge set his bond at $1.02 million.

Authorities also charged William Boswell, 40, of Elm City, and Bryan Mullins, 25, of Bailey, with possession of a stolen motor vehicle. They were booked into the Wilson County Detention Center under $15,000 secured bonds.

Trooper Daniel Harrell was shot during a traffic stop on Sharon Acres Road in Elm City around 5:15 p.m. Monday. He was taken to Vidant Medical Center in Greenville and is said to be in stable condition, according to the NC Highway Patrol Retiree's Association Facebook page.

Public Safety Secretary Erik Hooks said he spoke to the trooper last night. "I want him and his family to know that we support him and pray for his smooth and speedy recovery," said Hooks in a statement.

An investigation is ongoing.

The search is underway for a suspect wanted for shooting a NC Highway Patrol Trooper in Wilson County.

The Highway Patrol says Harrell is a five-year law enforcement veteran, and was shot around 5:15 p.m. while conducting a traffic stop on Haines Road in Elm City.

Harrell's injuries are not believed to be life-threatening. The NC Highway Patrol Retiree's Association says on its Facebook page that Harrell is in stable condition.

"This needless assault provides another reminder of the perils law enforcement officers face each day", said Col. Glenn McNeill Jr., commander of the State Highway Patrol. "I would ask everyone to keep Trooper Harrell's family and our entire organization in their thoughts and prayers."

First Sgt. Michael Baker said two suspects are in custody and authorities are searching for one other.

It was not immediately clear if the shooter was one of the suspects in custody.

Jones has been charged with assault with a deadly weapon with intent to kill inflicting serious injuries and assault on a law enforcement officer.

Jones should be considered armed and dangerous.

NC Department of Corrections records show a John D. Jones with the suspect's birth date served time in prison for level 3 DWI and larceny by an employee. Records show he was released from prison in September of 2017.

Anyone with information should contact the Wilson County Sheriff's Office at 252-237-2118.

At this time there is no word on the condition of the trooper.

Stay with WITN online and on air for the latest updates.

A tweet from the Pitt County Sheriff's Office says the trooper was being taken to an area hospital.

PCSO tweeted, "We have received word that a State Trooper has been shot in Wilson County. Suspect is on the run. Trooper is being transported to the hospital with condition unknown. Praying for the trooper! Praying that 2019 gets better. We can't stay on this path."

There are reports the shooting occurred around 5:45 p.m. on N.C. Highway 42 about 8 miles northeast of Wilson.

A patrol cruiser had a dozen bullet holes in the windshield, as well as front-end damage.

We'll continue to follow the story and provide updates as we get new information.

Eastern Carolina dealing with first snow of the season

Schools don't take any chances with the weather conditions

Eastern Carolina dealing with first snow of the season

Schools don't take any chances with the weather conditions