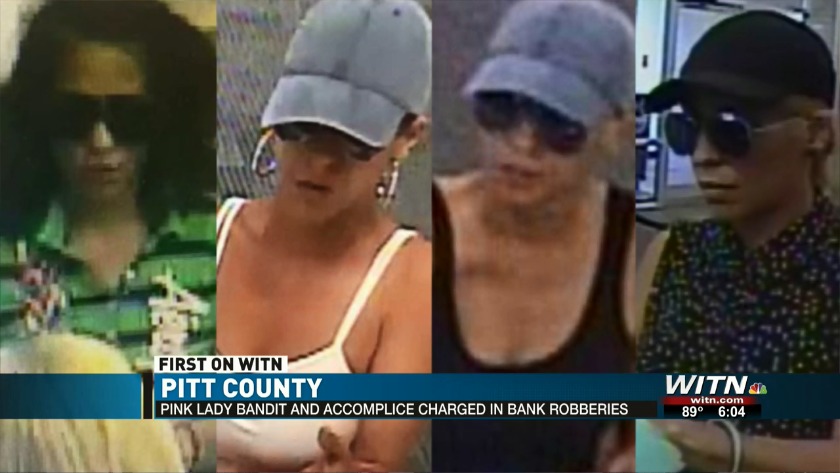 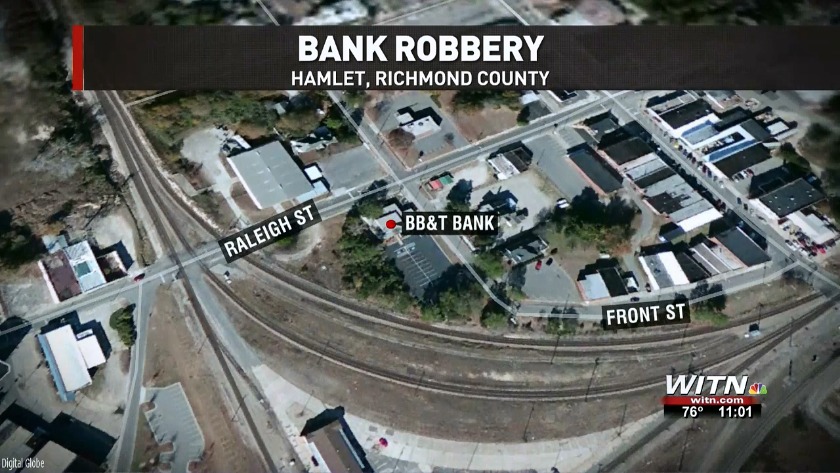 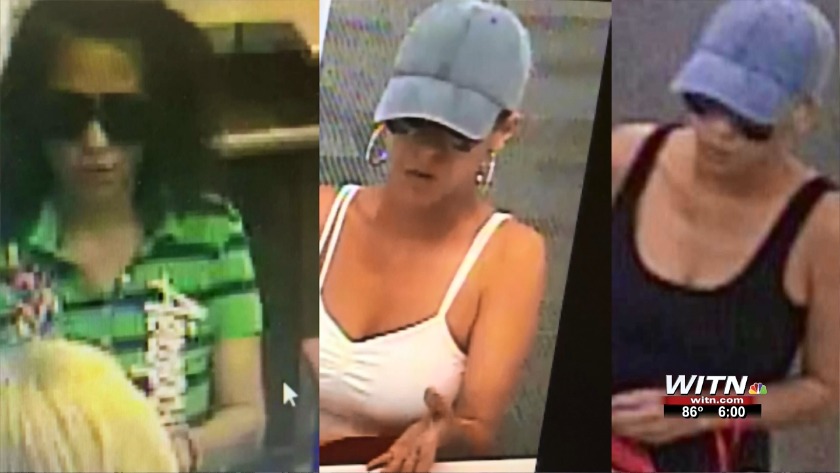 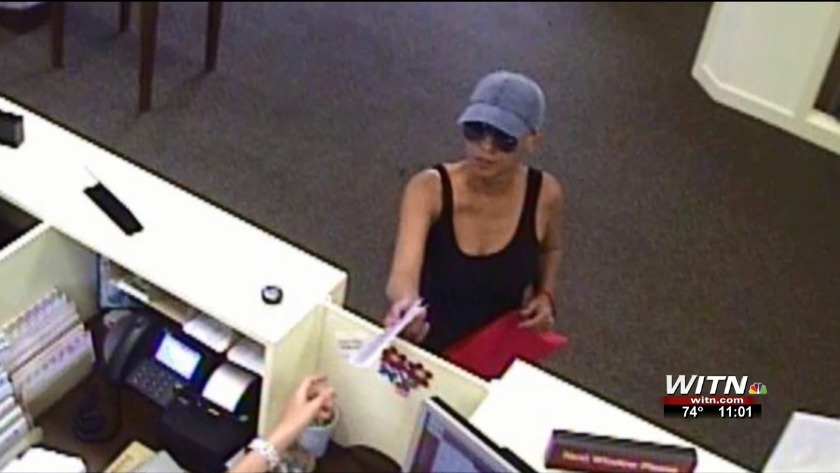 PITT COUNTY, NC (WITN) - Two people, including the woman dubbed the "Pink Lady Bandit," have been arrested and charged with at least four bank robberies along the east coast.

The Charlotte Division of the FBI arrested Circe Baez, 35, and Alexis Morales, 38, both from Pennsylvania, on Sunday at the Charlotte Speedway Inn & Suites.

Authorities say the two worked together to rob Orrstown Bank in Pennsylvania on July 20, M&T Bank in Delaware on July 23, Southern Bank in Ayden on July 24 and the BB&T in Hamlet on July 26.

According to arrest warrants obtained by WITN, Baez walked into Southern Bank in Ayden and implied to the bank teller that she had a handgun before taking off with the money.

They are being held under $4 million bonds at the Pitt County Detention Center, according to the FBI.

The Charlotte Division of the FBI says the woman robbed the BB&T Bank at 8 Raleigh St. in Hamlet, North Carolina-- her fourth suspected bank robbery in at least three states.

The woman is also suspected of having robbed banks in Carlisle, Pennsylvania on July 20th, Rehoboth Beach, Delaware on July 23rd, and Ayden, North Carolina on July 24th.

She is described as being between 5'2" and 5'4" in height, weighing approximately 130 pounds, and white or Hispanic in ethnicity.

In two of the robberies, the woman wore yoga pants, a tank top, and blue baseball hat while carrying a pink handbag.

The FBI is offering up to $10,000 for information that helps lead to her arrest.

The FBI is offering a reward of up to $10,000 for information that leads to the arrest and conviction of the suspect responsible bank robberies in Ayden, Delaware, and Pennsylvania.

The FBI says the woman who robbed an Ayden bank on Wednesday has help-up a total of three banks since Saturday.

They're calling her the "Pink Lady Bandit" because in at least two of the robberies she carried a pink bag.

The Southern Bank on West Third Street was robbed around 4:15 p.m. Wednesday by a woman who handed a teller a threatening note.

On Tuesday morning, 300 miles to the north, the M&T Bank in Rehoboth Beach was robbed.

The FBI says on Saturday, the Orrstown Bank in Carlisle, Pennsylvania was also robbed.

Surveillance photos from the Ayden and Delaware robberies show the robber was likely wearing the same gray ballcap, sunglasses, and carrying a pink bag.

No one was injured in any of the bank robberies.

Ayden Police Chief Barry Stanley says authorities are looking for a woman in Wednesday's robbery at the Southern Bank on West 3rd Street.

The robbery happened around 4:18 p.m.

Stanley says the woman never said anything. She passed the teller a note requesting fifty and hundred dollars bills.

Stanley says she never showed a weapon, but the note threatened harm to the teller and family.

The individual left on foot running east on Third Street.

A K-9 unit from sheriff’s office searched but lost the scent of the person.

Police think multiple people were involved and someone was waiting for the robber.

The FBI is joining in the investigation.

Police in one Pitt County town are investigating a bank robbery this afternoon.

The chief said no one was injured in the holdup and that they are awaiting the arrival of the FBI.