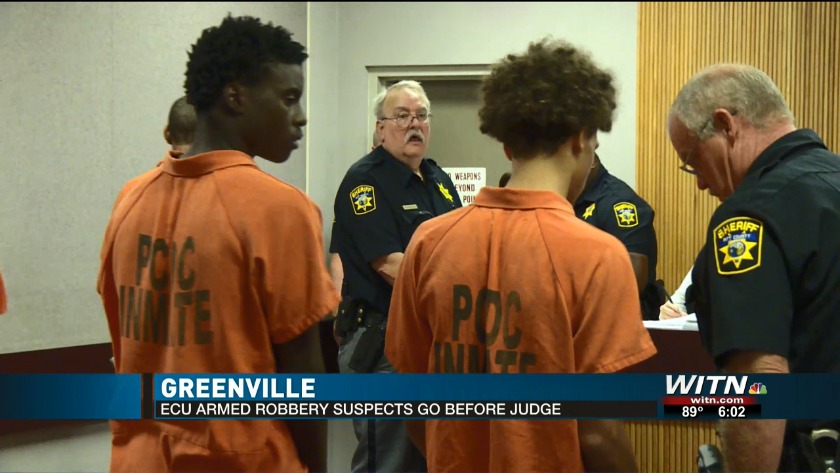 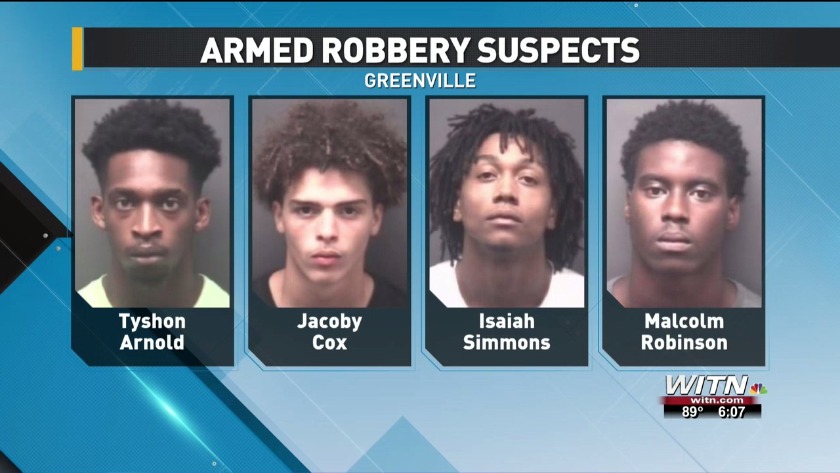 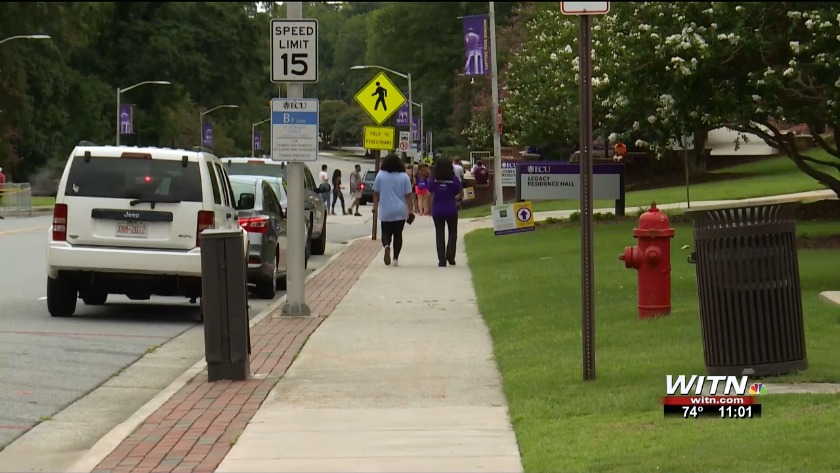 GREENVILLE, N.C. (WITN) One of four men charged with an armed robbery on East Carolina University's campus wants out of jail for the birth of his child.

The four men, Tyshon Arnold, 18, Jacoby Cox, 18, Isaiah Simmons, 19, and Malcom Robinson, 20, were all in a Pitt County courtroom this morning.

ECU police say around 3:00 a.m. Saturday the four men robbed a student of his wallet on College Hill Drive. Police say one of the men was armed.

In court today, Simmons asked the judge if there was any way he could be there for the birth of his child next week. The plea didn't appear to sway the judge, who kept all of their bonds at $100,000.

The judge gave them court-appointed attorneys and set September 4th as their next court day.

No one was injured in the armed robbery.

ECU police have confirmed the identities of the four suspects arrested in connection with an armed robbery Saturday morning.

All four men are being charged with robbery with a dangerous weapon.

All four are expected to make first appearances in court this morning.

All four men were non-students.

Police say one of the men had showed his gun to the victim and asked for his wallet when the armed robbery occurred.

A man was robbed at gunpoint on the campus of ECU early Saturday morning.

One of the suspects showed his gun and asked for the victim's wallet.

Police say the victim was unharmed.

Anyone with information is being asked to contact the ECU Police Department at (252)328-6787.