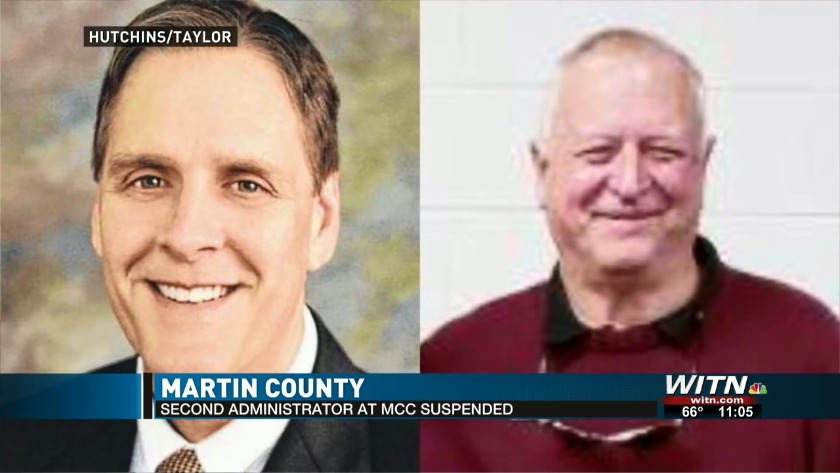 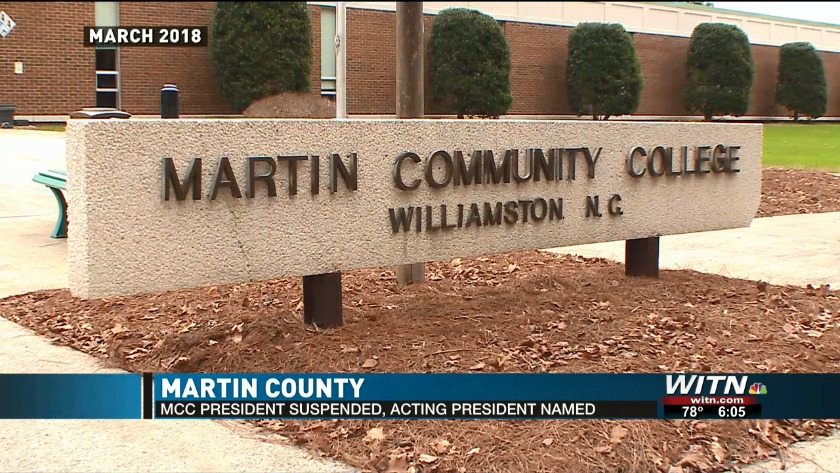 WILLIAMSTON, NC (WITN) - A new acting president was approved at one community college Friday after the current president was placed on administrative leave.

Busch was named for the position after Dr. Paul Hutchins, who has been president of the college for one year, was placed on administrative leave.

The dean of administrative services and capital project coordinator Steve Taylor has also been suspended.

WITN has reached out to the college board, but no additional details as to why they were suspended have been released.

The college said Friday afternoon that job statuses for Hutchins and Taylor have not changed.

Before Hutchins took over, Ann Britt was asked to step down as president by the state board in 2016 after 17 years at the college because of fiscal management and lack of leadership.

A second administrator at one Eastern Carolina community college is off the job.

On Friday, the college confirmed that Dr. Paul Hutchins, MCC's president, was put on suspension on Thursday.

The college said that Dr. Brian Busch had been named as acting president.

Taylor, who has been at MCC since July 2014, was suspended on Tuesday, two days before the disciplinary action against Hutchins.

The college hasn't said why the two administrators were suspended or if their suspensions were related or not.

A community college that saw its previous leader forced out has suspended its new president.

In a statement to WITN, the state Board of Community Colleges says today they received a letter from MCC's Board of Trustees saying that Hutchins was on administrative leave and that Dr. Brian Busch has been named the acting president.

The state says Busch's appointment has to be approved by the state board at its May 17th meeting. He had been the college's vice president for student services.

WITN has requested a copy of that letter from the MCC board, as well as more information on when Hutchins was suspended.

Hutchins came to MCC in March 2018 after five years as head of Sampson Community College.

He replaced Ann Britt, was asked to step down by the state board in 2016 at 17 years at MCC, citing fiscal mismanagement, lack of leadership and the trustee's executive committee having too much power.