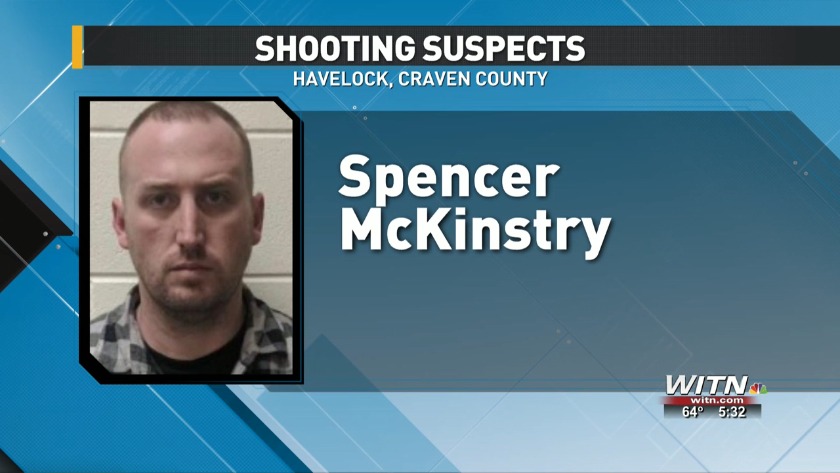 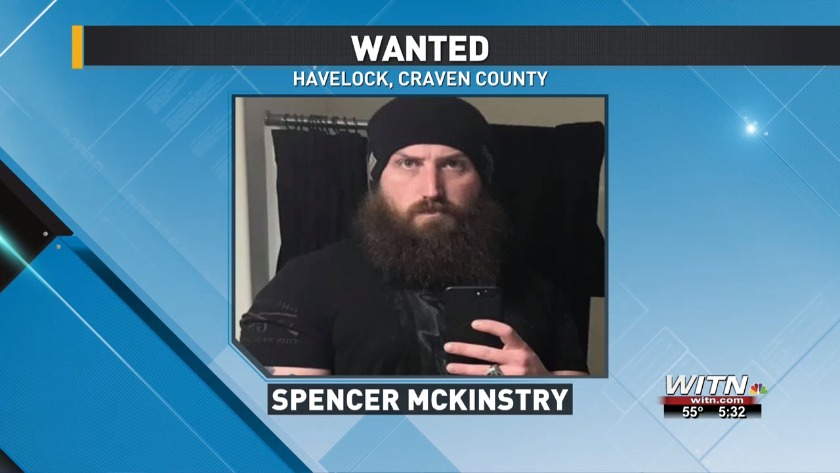 HAVELOCK, NC (WITN) A man wanted for a shooting earlier this month in Havelock has been caught.

Spencer McKinstry, of Havelock, was nabbed Monday by Havelock police with the help of the FBI, Craven County deputies, and the SBI Fugitive and Missing Person Task Force.

He was charged with assault with a deadly weapon with intent to kill.

McKinstry was wanted for the February 3rd shooting at Jean's Place nightclub. Allen Crow had already been charged in the case.

Police say they continue to search for a third suspect in the shooting and are offering a $750 reward that leads to his arrest.

Havelock Police are asking for your help finding a man after another man was shot outside of a nightclub in the east.

Police are searching for Spencer McKinstry of New Bern. He faces charges for assault with a deadly weapon with intent to kill.

McKinstry is the second person facing charges for the shooting that happened outside of 'Jean's Place' in Havelock on February 3rd.

Police have also charged Allen Crow with assault with a deadly weapon with intent to kill.

Investigators say an argument at the nightclub led to the shooting.

Malcolm Brown of Greenville was shot multiple times and was taken to Vidant Medical Center where is was in stable condition.

Police are asking anyone with information on McKinstry's whereabouts to give them a call.