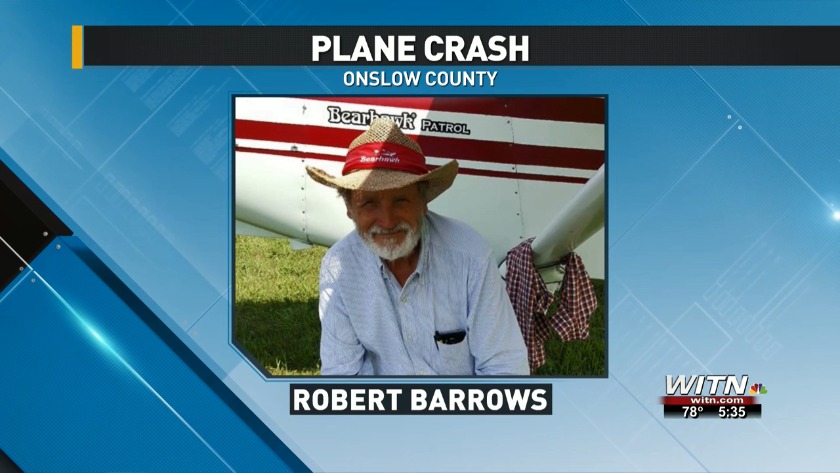 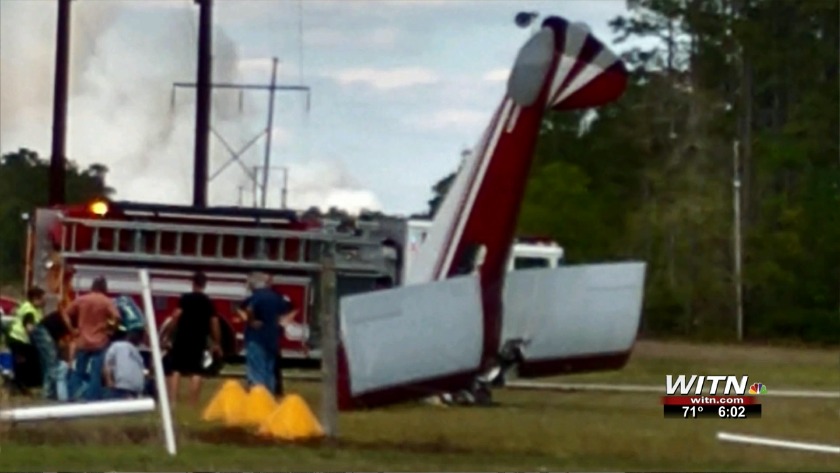 ONSLOW COUNTY, NC (WITN) - The pilot who crashed his experimental plane nose down into the ground is in fair condition this morning.

After the crash, the plane remained verticle with its nose in the ground.

The Highway Patrol says the pilot was the only person on board and that the aircraft clipped some power lines and crashed.

Barrows, who is from Fincastle, Virginia, was airlifted to the Wilmington hospital after the crash. Col. Chris Thomas with the Onslow County Sheriff's Office said the pilot had an apparent injury to his leg or foot.

The FAA is the lead agency investigating the mishap.

Authorities responded to a plane crash in one Eastern Carolina county where one person was injured.

The Onslow County Sheriff's Office says it happened at the Holly Ridge/Topsail Island Airport around 3:00 p.m.

The nose of the single-engine plane struck the ground and the aircraft is still standing straight up.

The FAA says the pilot was the only person on board.

The Highway Patrol and the FAA are investigating the crash.

The plane is a self-built Bearhawk LSA built in 2012, according to FAA records. It is owned by a man from Fincastle, Virginia.