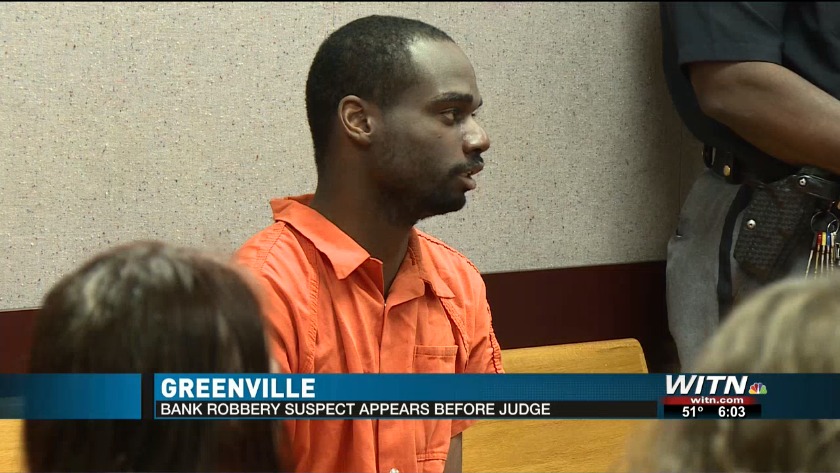 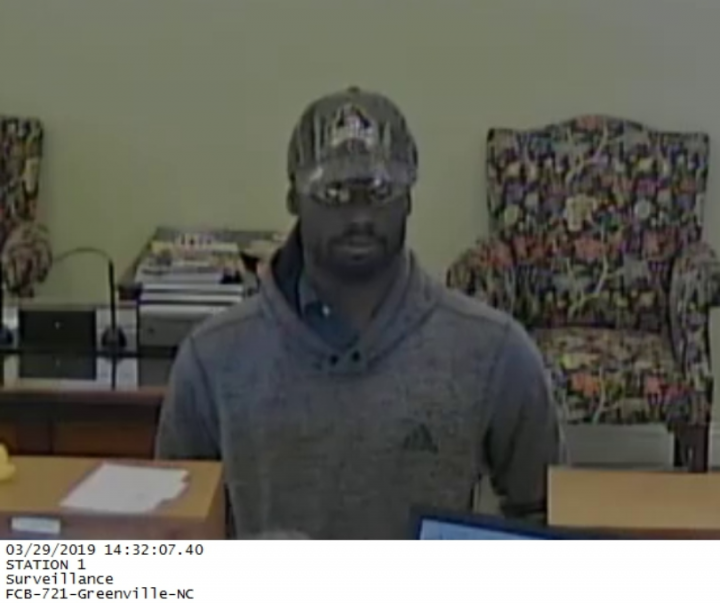 GREENVILLE, NC (WITN) - A man who was arrested for a bank robbery less than 24-hours after it happened made his first court appearance this morning.

Jamal Artis told the judge he wanted to tell his full side of the story but didn't get to during the quick hearing.

The First Citizens on Memorial Drive in Greenville was robbed Friday afternoon.

On Saturday, officers were alerted that the 26-year-old man was at the Chicken Shack on Hooker Road. He was arrested and officers say he confessed to the bank robbery.

The man was given a $200,000 bond and an April 17th court date. Artis told the judge he would hire his own attorney.

Greenville Police arrested and charged the suspect wanted in connection to a bank robbery less than 24-hours after the crime.

The robbery happened Friday afternoon at the First Citizens Bank on Memorial Drive in Greenville. Following the incident, police released security camera footage and were on the hunt for the suspect.

On Saturday, officers were notified that the suspect, Jamal Artis, 26, was at the Chicken Shack on Hooker Road, according to a press release.

Artis was taken into custody where he confessed to the robbery, officials said.

Artis' first court appearance will be on Monday morning.

This case was solved thanks to the public's help and tips they received from citizens and through Crime Stoppers, police said.

The FBI Charlotte Division, Greenville Resident Agency and the GPD Safe Streets Task Force assisted in the investigation and arrest.

Officials say federal charges could possibly be filed in this case.

Greenville Police are still searching for a man who officers say, was caught on surveillance video robbing a bank.

According to officers, the suspect entered the bank and demanded money. The suspect did not display a weapon but implied that he had one. He fled the scene on foot with an undisclosed amount of money.

***PREVIOUS STORY***
Police in one Eastern Carolina city are investigating a bank robbery this afternoon.

The First Citizens Bank on South Memorial Drive in Greenville was held up. The bank is next door to Parker's Barbeque.

While Greenville police have left the scene, a sign on the bank's front door says the branch is temporarily closed due to an emergency.

Maury inmate dead after fight with another inmate

Maury inmate dead after fight with another inmate