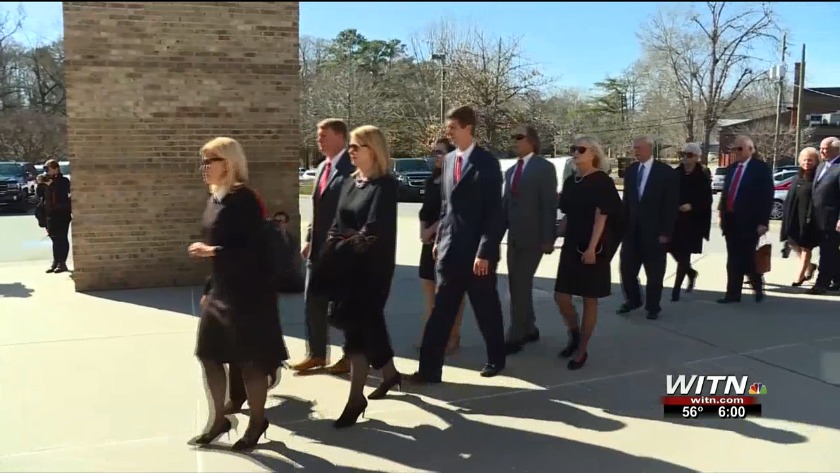 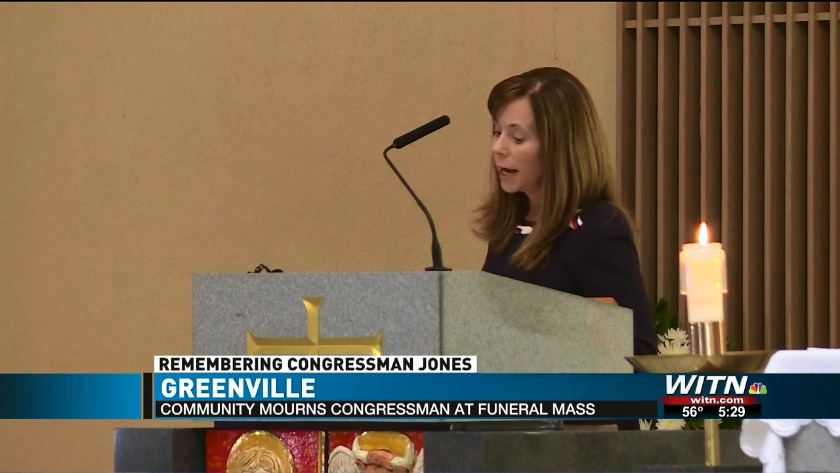 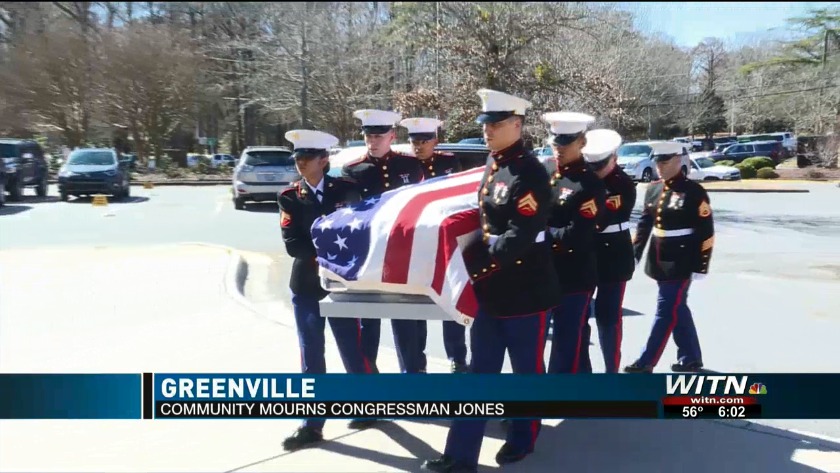 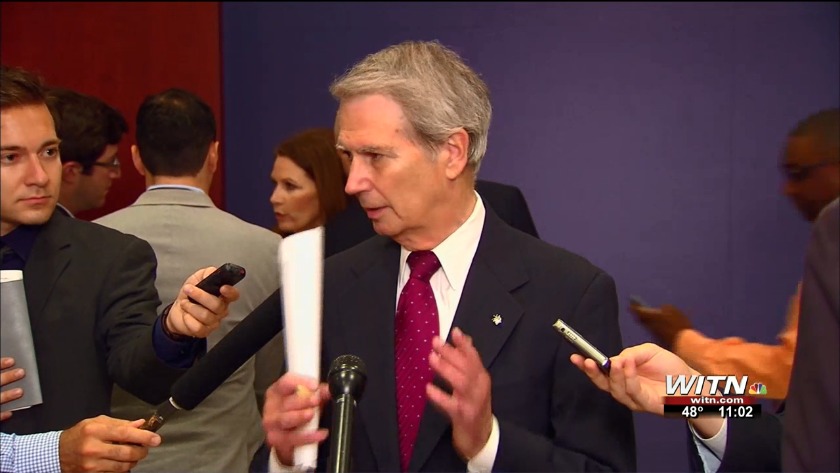 Hundreds of people filled St. Peter Catholic Church. Governor Roy Cooper and others spoke about how the long-time congressman impacted their lives and the lives of many others.

"Walter was a man of strong convictions, deep faith and immense love for the people of Eastern North Carolina," said the governor.

The mass lasted more than two hours before a Marine honor guard took the flag-draped casket to a hearse outside the church.

"A good devout loving man, good Catholic, a loyal American, a servant of his constituency who served with generosity and kindness," Rev. Justin Kerber, the former pastor at St. Peter, told the mourners.

"The outpouring you see and the range of members the diversity of members you see here today to Walter's independence," Congressman David Price said of Jones.

The 76-year-old lawmaker died in Greenville on Sunday, less than a month after breaking his hip and being placed in hospice care. The 3rd District representative had been ailing for several months before that with ALS, according to Capitol Hill sources.

Jones' obituary says the family has asked for donations to the Semper Fi Fund, the Service League of Greenville Inpatient Hospice House or the ALS Association NC Chapter in lieu of flowers.

Gov. Cooper has ordered all flags in the state to be lowered to half staff until after the congressman is laid to rest.

Some 30 members of Congress landed at the Pitt-Greenville Airport just before noon to attend the funeral mass.

"Walter was a great friend," said Congressman G.K. Butterfield. "He knew when to fight and when to compromise and he knew the difference between partisanship and cooperation."

Connie Gruber told those in the church that Jones never stopped working to absolve her late Marine Corps husband of wrongdoing for a 2000 Osprey crash that killed 19 people. The Defense Department cleared him and the other pilot in 2016.

Walter attended Hargrave Military Academy and graduated from Atlantic Christian College (Barton College) in 1966. After serving 4 years in the NC National Guard (1967-1971), he began a career in business.

In 1982, Walter was elected as a Democrat to the NC House of Representatives, serving 5 terms representing Pitt County. After his father announced his retirement from Congress in 1992, Jones decided to follow in his footsteps. He ran for his father’s seat as a Democrat in 1992 but was defeated.

In 1994 he switched parties and ran as a Republican for the 3rd district of NC and remained in office until his death. He was a passionate supporter of the military and served on the Armed Forces Committee. In addition, he stood for campaign reform and preserving the natural resources of the Outer Banks of NC and protection for the horses at Shackleford Banks.

Walter will be remembered not only as a devoted husband and father with a strong Catholic faith, but a man of the people. He always stood for his principles and served his country with honesty, moral courage, and integrity.

The family wishes to thank Dr. Tae Lee and all of the staff of The Service League of Greenville Inpatient Hospice for their kindness and compassionate care.

In lieu of flowers, the family asks to consider donations to the Semper Fi Fund, The Service League of Greenville Inpatient Hospice, or The ALS Association-NC Chapter.

Congressman Jones will lie in repose Wednesday, February 13th at St Peter Catholic Church in Greenville NC from 4pm to 8pm for those who wish to pay their respects.

Funeral will be held at St Peter Catholic Church Thursday, February 14, at 1:30 P.M.

Online condolences may be made at www.farmvillefh.com.