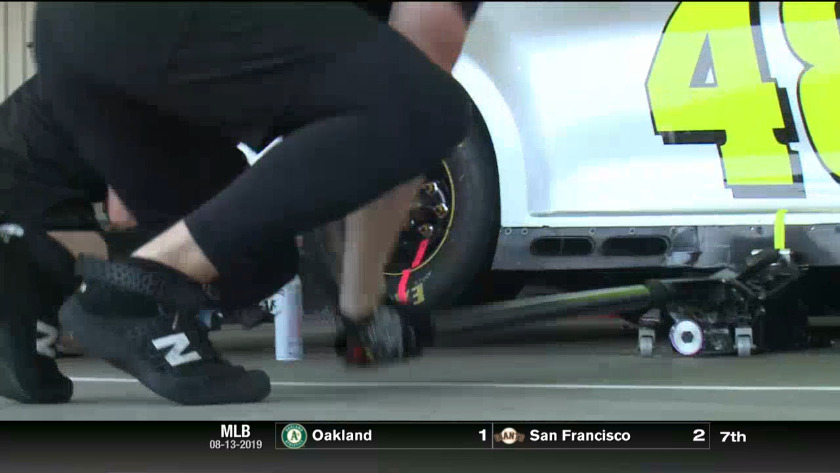 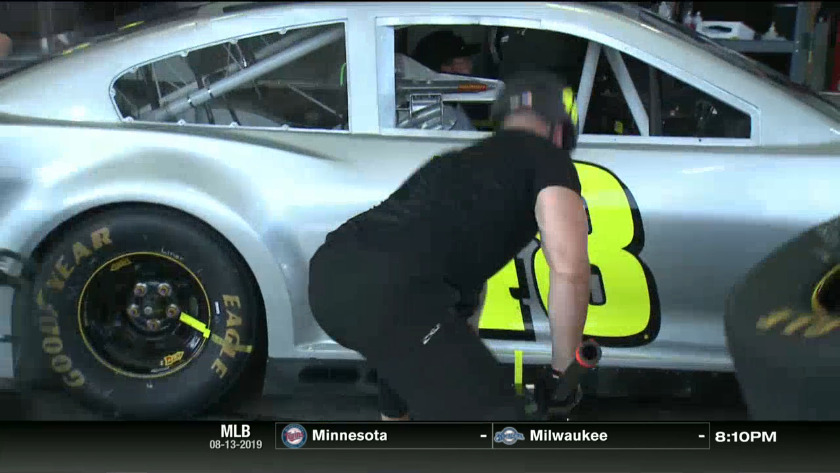 CONCORD, N.C. (WITN) - Former ECU football linebacker Kyle Tudor is now a member of the pit crew for Hendrick Motorsports' No. 48 car, which is driven by Jimmie Johnson.

"So when Coach Ruffin McNeill was my head coach, he said that if you want to win a championship, you need a Pirate on the team.... It's just a strong presence of ECU Pirates," Tudor said.

On Tuesday, officials at Charlotte Motor Speedway gave NBC affiliates an exclusive tour of the track and Hendrick Motorsports.

One of the most exciting parts of the tour focused on the teams' daily pit crew practice, where the WITN Sports team found a familiar face.

Former ECU football player Kyle Tudor is the jackman for Jimmie Johnson's No. 48 Chevrolet. Tudor is one of several former Pirates making a name for himself in the NASCAR Cup Series.

"Football is the same way," said Tudor. "You have to be under control and still be explosive and that correlates pretty well here. I think that's why they go and recruit athletes around the nation because that skill-set translates when we get put in positions where we deal with high stress a lot of the time and it's hard to teach that. You kind of have to experience it. So, going through that kind of stuff in high school and college is vastly beneficial for a member of the pit crew."

"There's definitely pressure with that," added Cliff Daniels, No. 48's new crew chief. "I think the key for us -- and what we've talked about a lot in our meetings -- is to not get too overzealous to overstep where we are right now. So we're taking a very methodical approach. We're taking every week as it comes. Trying to maximize our game every given week and eventually we'll get the opportunity and hopefully we can capitalize on that."

Soldier from Wilmington killed while deployed in Syria