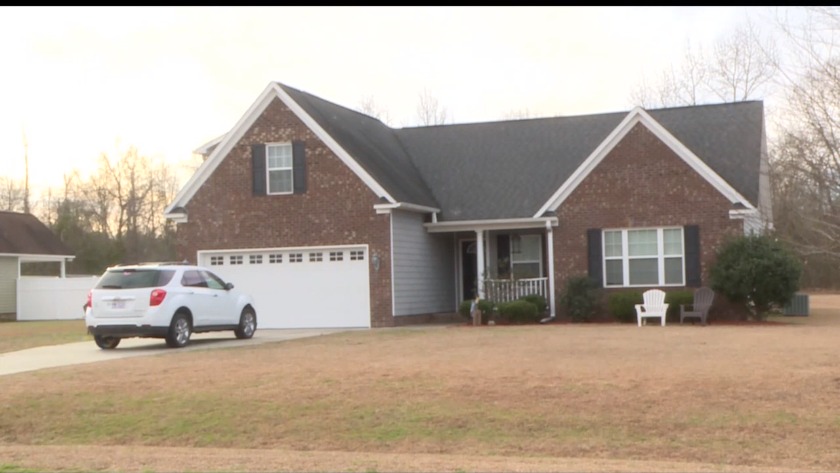 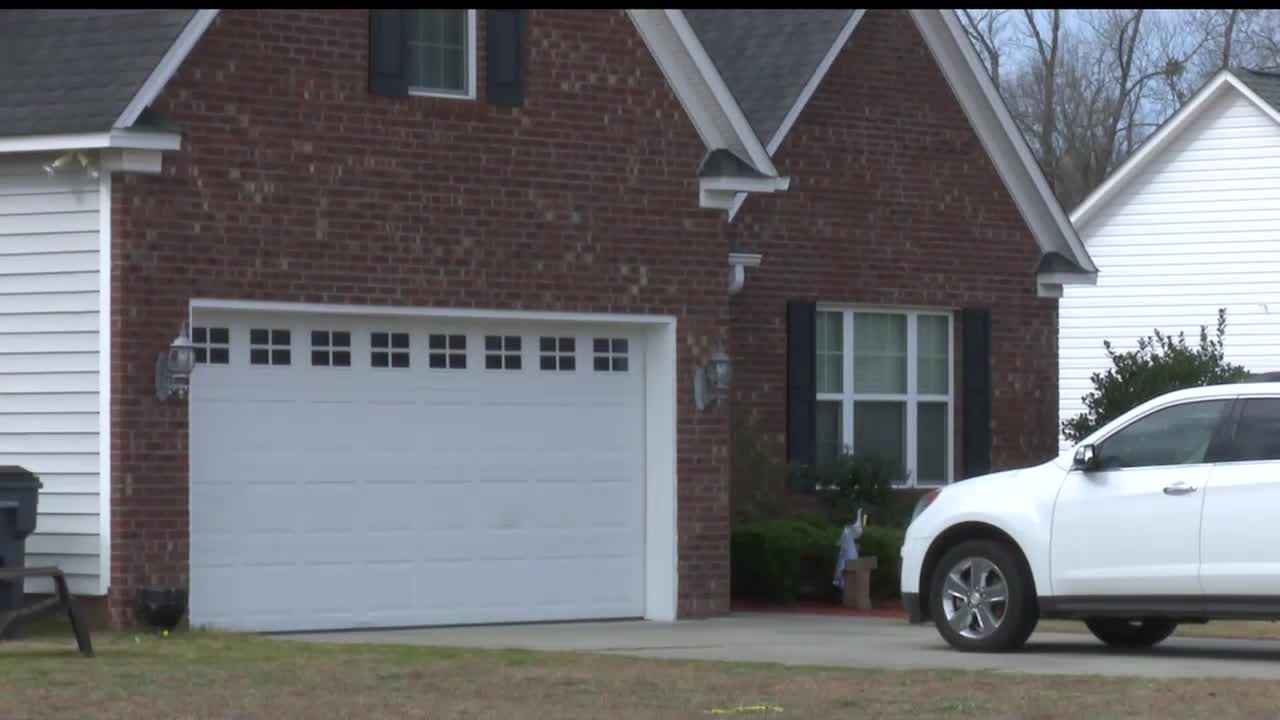 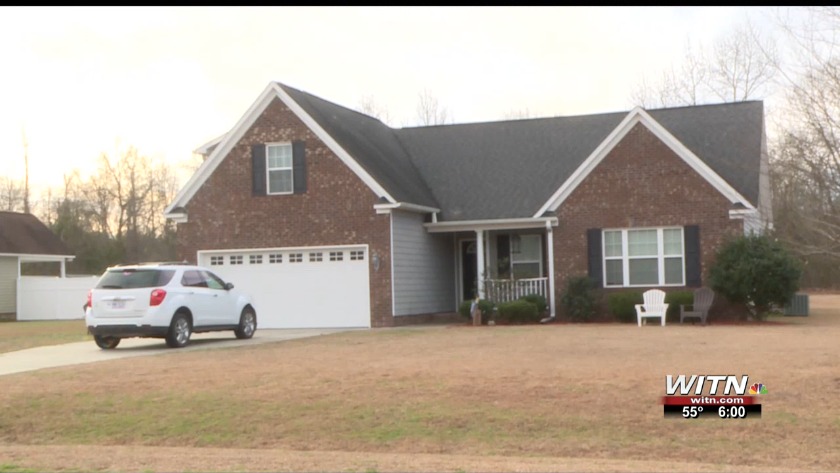 CRAVEN COUNTY, N.C. (WITN) -- A mother and her three children who were murdered by the person they called husband and dad were laid to rest this afternoon.

A funeral service for April Ireland and her three kids, Jason, Bryson, and Caroline, was held at Spring Garden Baptist Church in Craven County.

Craven County Sheriff Chip Hughes says Michael Ireland murdered his wife and three kids a week ago at their home in Vanceboro before turning the gun on himself.

More than a hundred mourners attended the service.

Family and friends remembered the victims at a visitation in New Bern Thursday night.

Visitation took place Thursday night at Cotten Funeral Home in New Bern with the funeral service Friday for a mother and her three children, who authorities say were killed by the father and husband, in a murder suicide that happened last Friday in Vanceboro.

Craven County Sheriff Chip Hughes says Michael Ireland killed his wife April and kids Jason, Bryson, and Caroline, and the family dog, before turning the gun on himself.

Kailoni Dixon is a family friend who paid her respects. She says, It's just really tragic. I can't say any words. Speechless. They were like, a really loving family. She would come outside and play with them on the swing sets. I think one time she told us, they were playing hide and seek in the house and she said that was the best time."

Heather Morris is also a family friend and says, "I've known her for about four years and we both go to the doctor together and we meet in New Bern every morning and we would go to the McDonald's right down the road here and we would always get Frappes and she always had the babies with her, always had them."

A funeral service will be held at 2:00 p.m. Friday at Spring Garden Baptist Church

The family will be laid to rest together at Sand Hill Cemetery in Reelsboro.

Funeral services have been announced for a mother and her three kids who authorities say were victims of a murder-suicide.

According to an obituary from the Cotten Funeral Home in New Bern, a service to celebrate the lives of April Ireland and her kids Jason, Bryson and Caroline will be held at 2 p.m. on Friday, January 31st at Spring Garden Baptist Church. They will be laid to rest together at Sand Hill Cemetery in Reelsboro.

The family will receive friends from 6 to 8 p.m. on Thursday, January 30th at Cotten Funeral Home.

Craven County Sheriff Chip Hughes says April's Husband Michael killed her, their kids and dog before turning the gun on himself.

The following is the full obituary:

April was a loving and devoted mother who spent every moment possible with her children. She graduated in 2011 from Pamlico County High School and she attended the cosmetology program at Craven Community College.

Jason was a preschooler at Vanceboro Farm Life Elementary and was a loving, tender-hearted and very intelligent little boy. He loved his brother and sister with all his heart.

Bryson was a smart and precocious ball of energy who was Jason's little shadow and slept next to him every night.

Caroline was the smiling, always happy little girl that completed their family.

A service to celebrate their lives will be held at 2 p.m. on Friday, January 31st at Spring Garden Baptist Church with Pastor David McAnelly officiating. They will be laid to rest together at Sand Hill Cemetery in Reelsboro.

Jason, Bryson, and Caroline are lovingly survived by their grandparents, Michael Ireland and his wife Lorraine, Wendi Clay (and the late John Clay), Jackie Tripp (Tommy Vargo), and Buddy Tripp.

The family will receive friends from 6 to 8 p.m. on Thursday, January 30th at Cotten Funeral Home.

In lieu of flowers, memorial contributions may be made in their memory to PORT Health Services, Attn: Donations, 4300-110 Sapphire Court, Greenville, NC 27834.

Craven County Sheriff Chip Hughes says a husband shot and killed his wife, three young children, and the family dog before turning the gun on himself.

Deputies were called to a home on Kinsaw Court outside of Vanceboro around noon Friday by a family member who said she was unable to contact the family since Wednesday evening.

Deputies saw a body through a partially opened curtain and forced their way inside the home.

They found the body of Michael Ireland, 39, in the master bedroom with a gunshot to the head and a revolver found beside the body. The family dog was also discovered in the same bedroom.

The bodies of 26-year-old April Ireland and eight-month-old Caroline were on a living room couch.

Michael, 4, and Bryson, 3, were on another couch in the living room. All had a single gunshot wound.

The sheriff said there were no signs of a struggle inside the home.

Hughes says the county has never experienced such a senseless loss of lives in recent history. Veteran law enforcement officers described this as the most horrific case in their career.

Deputies in Craven County are investigating the death of five family members in Vanceboro.

Craven County Sheriff Chip Hughes tells WITN that he is waiting for autopsy results, but details lead them to believe the deaths were part of a murder-suicide.

The victims are Michael and April Ireland, and their three kids-- ages 8 months, 3, and 4.

Hughes says that the 911 center received a call for a welfare check at a home on Kinsaw Court.

Deputies discovered the victims when they arrived.

Hughes hopes to release additional information about the deaths on Monday morning.

Man charged in teen murder due in court

Man charged in teen murder due in court