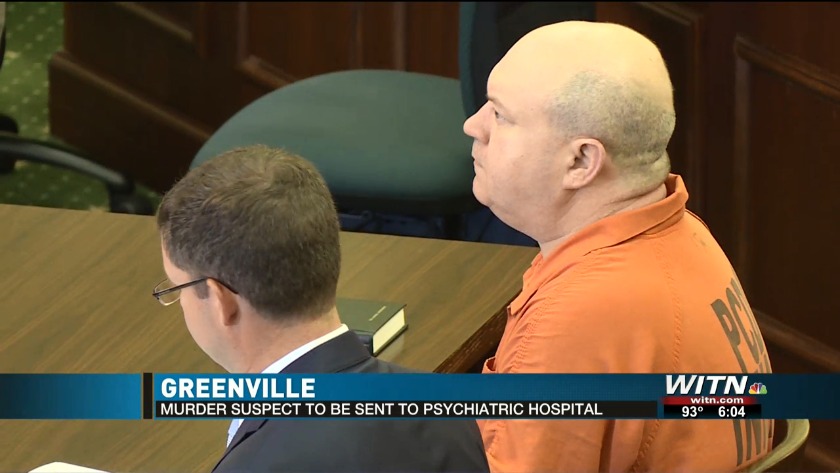 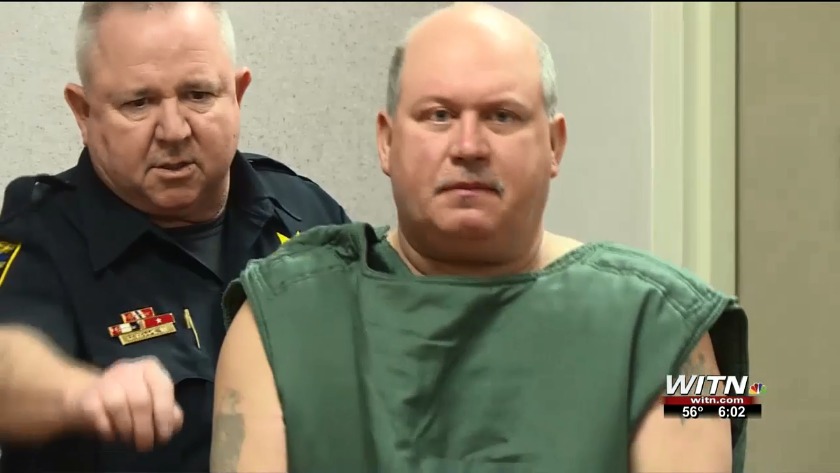 POLICE: Victim, suspect in PGV murder worked together at Weyerhaeuser 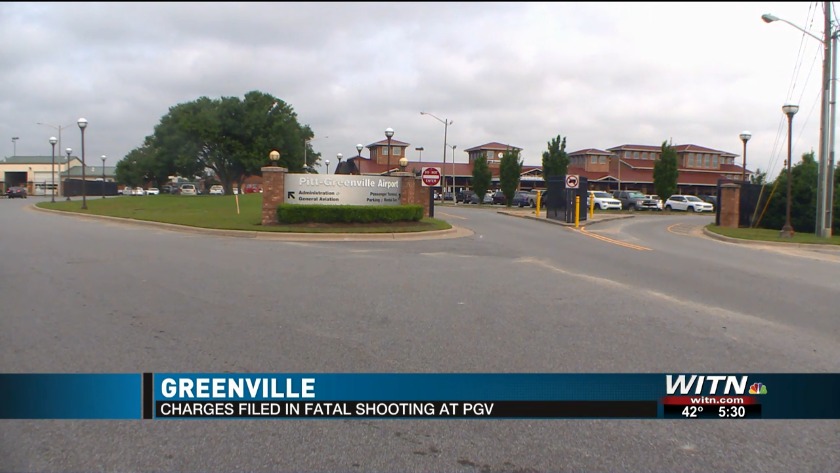 Suspect in fatal airport shooting to appear before a judge Monday

GREENVILLE, N.C. (WITN) - A judge ordered that a man accused of murdering his co-worker outside of a local airport be sent to a psychiatric hospital.

John Reid is expected to be admitted to Central Regional Hospital in Butner for treatment.

During superior court Friday morning, a psychiatrist testified, saying she evaluated Reid and diagnosed him with delusional disorder.

Reid is accused of shooting and killing Joseph Pate outside of the Pitt-Greenville Airport back in December. The two were co-workers at Weyerhauser.

Pate's family member, who did not want to speak on camera, says they weren't aware of any issues between the two.

His next court date is undetermined pending his medical treatment. Depending on the outcome, they will then decide if he is competent to stand trial.


PREVIOUS STORY
A man accused of murdering his co-worker outside of a local airport is due back in court Friday.

John Reid, 49, is accused of shooting and killing 52-year-old Joseph Pate from Beaufort County in December outside the Pitt-Greenville Airport.

Police say the two men worked together at Weyerhaeuser and a LinkedIn profile says Pate was a maintenance manager there.

Reid is still in the Pitt County Detention Center under a $2 million bond.

We will update you on what happens in court throughout the day.


PREVIOUS STORY
A judge has set bond at $2 million for the man accused of killing a co-worker outside the Pitt-Greenville Airport early Sunday morning.

John Reid, 49, made his first court appearance Monday morning alongside his lawyer.

Reid is accused of shooting and killing Joseph Pate, 52, of Beaufort County, at PGV around 6 am Sunday morning.

Police say the two men worked together at Weyerhaeuser. A Linkedin profile said Pate was a maintenance manager at the Grifton lumber facility since 2011.

Pate was scheduled to fly to Charlotte from PGV on a 7 am flight. That flight and the next departure at 11 am were both canceled as a precaution.

The airport is now operating on its regular schedule.

Reid's next court date is January 2.

County manager Scott Elliott said, "I thought it was tragic and I am very sorry it happened at the airport. I don't think it reflects on the security or the public safety at the airport at all. To me this was a random incident."

The man charged with murder in a deadly shooting outside of an Eastern Carolina airport is set to appear before a judge Monday morning.

Pate was at the airport planning to leave on a 7 a.m. American Airlines flight to Charlotte when he was shot outside of the airport, according to Airport Director Betty Stansbury. He was pronounced dead at the scene.

Authorities say Reid and Pate knew each other. There is no other information regarding what led to the shooting.

Reid is currently being held in the Pitt County Detention Center under no bond pending his first court appearance.

The airport is operating as normal and authorities say there is no threat to the general public at this time.


PREVIOUS STORY
Greenville police officers responded to a report of shots fired outside of the main entrance to the Pitt-Greenville Airport terminal around 6:00 a.m. Sunday, according to a press release.

Once on scene, officers found a man with gunshot wounds. The victim, Joseph Pate, 52, of Beaufort County died at the scene, Greenville Police said.

Pate had been planning to leave on a 7 a.m. American Airlines flight to Charlotte, PGV Airport Director Betty Stansbury said.

Officers arrested one suspect in connection to the deadly shooting. John Reid, 49, of Grimesland, has been taken into custody and charged with First Degree Murder. He is currently being held in the Pitt County Detention Center under no bond.

Pate and Reid knew each other, and there is no ongoing threat to the public, officials said.

The airport is now open for business and normal operations will resume.

Soldier from Wilmington killed while deployed in Syria