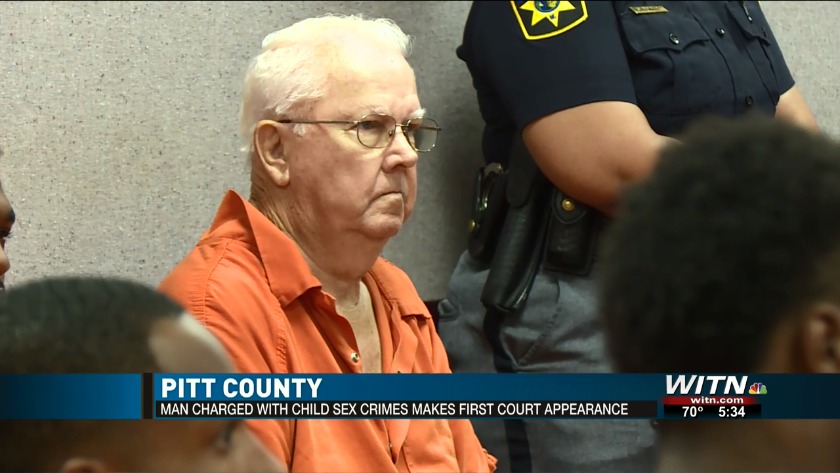 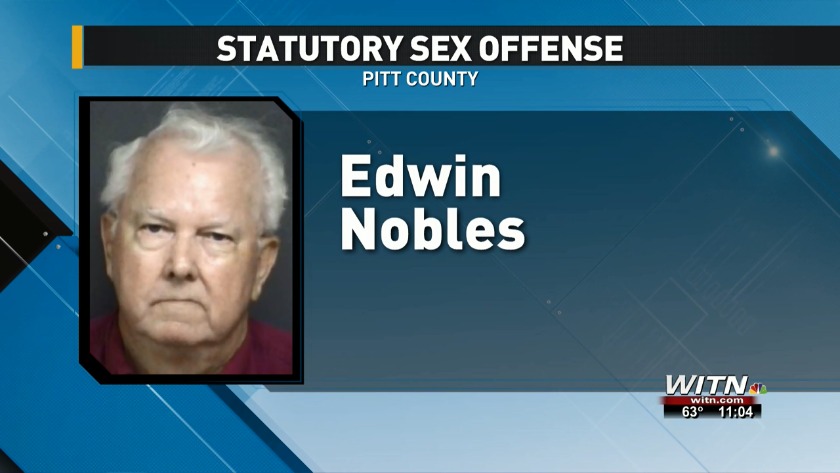 PITT COUNTY, NC (WITN) - An elderly man accused of sex crimes with a child remains behind bars after appearing before a judge Thursday morning.

Detectives from the Pitt County Sheriff’s Office arrested 82-year-old Edwin Lee Nobles on three counts of first-degree statutory sex offense, all felonies, involving a child under the age of 13.

Nobles made his first court appearance at the Pitt County jail where a judge kept his bond at $1.5 million.

The man's family said they would hire their own attorney and the judge set October 23rd as his next court date.

Warrants say the sex offenses took place on September 25th, 26th, and 27th of this year.

Curfew in effect for second night in Greenville