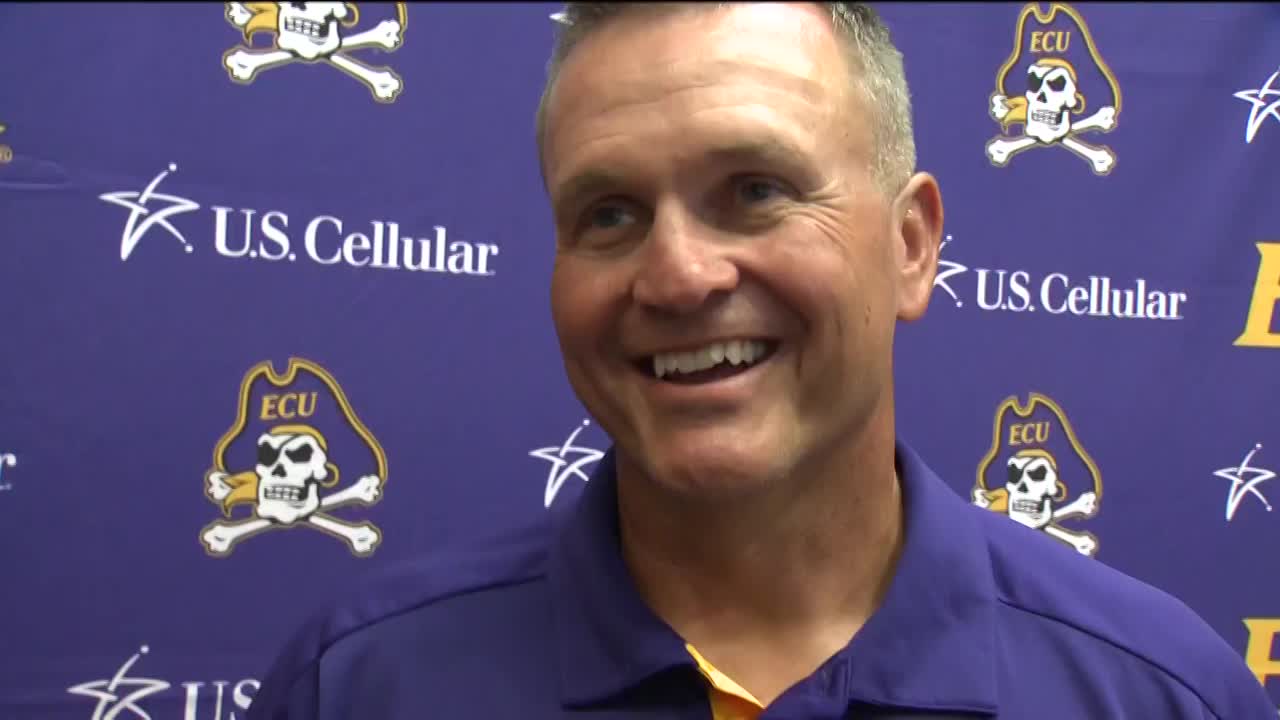 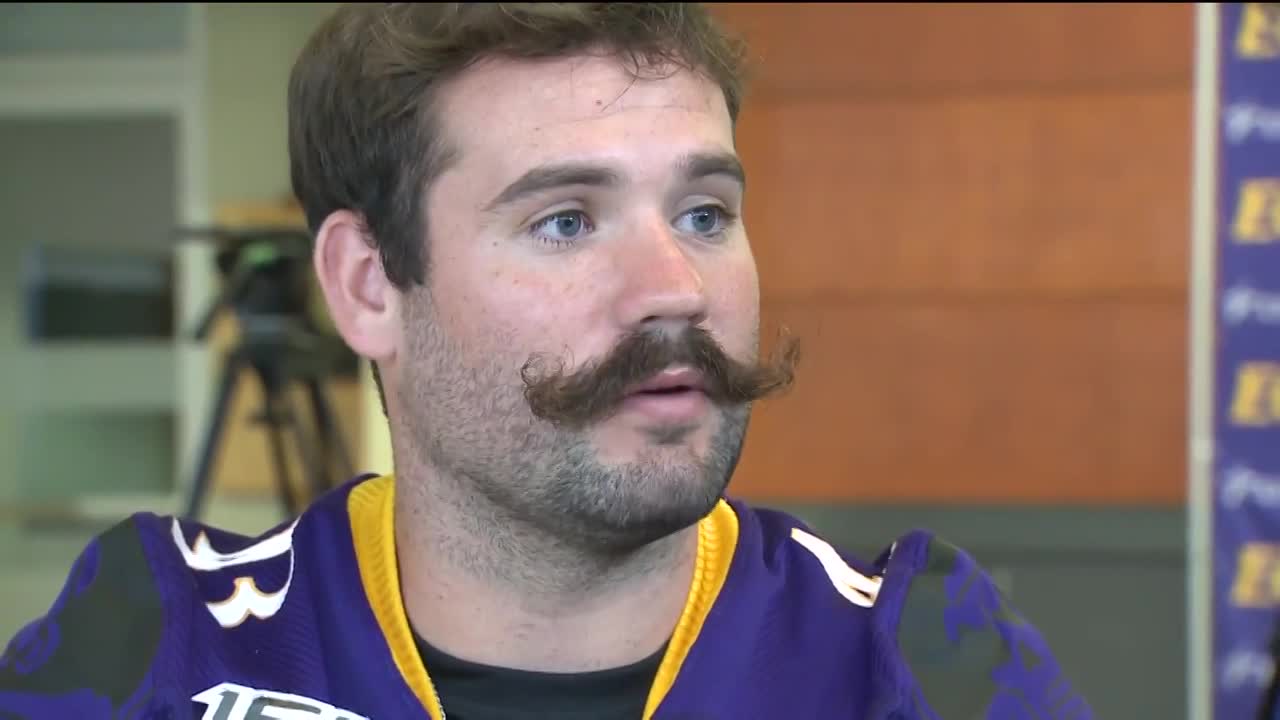 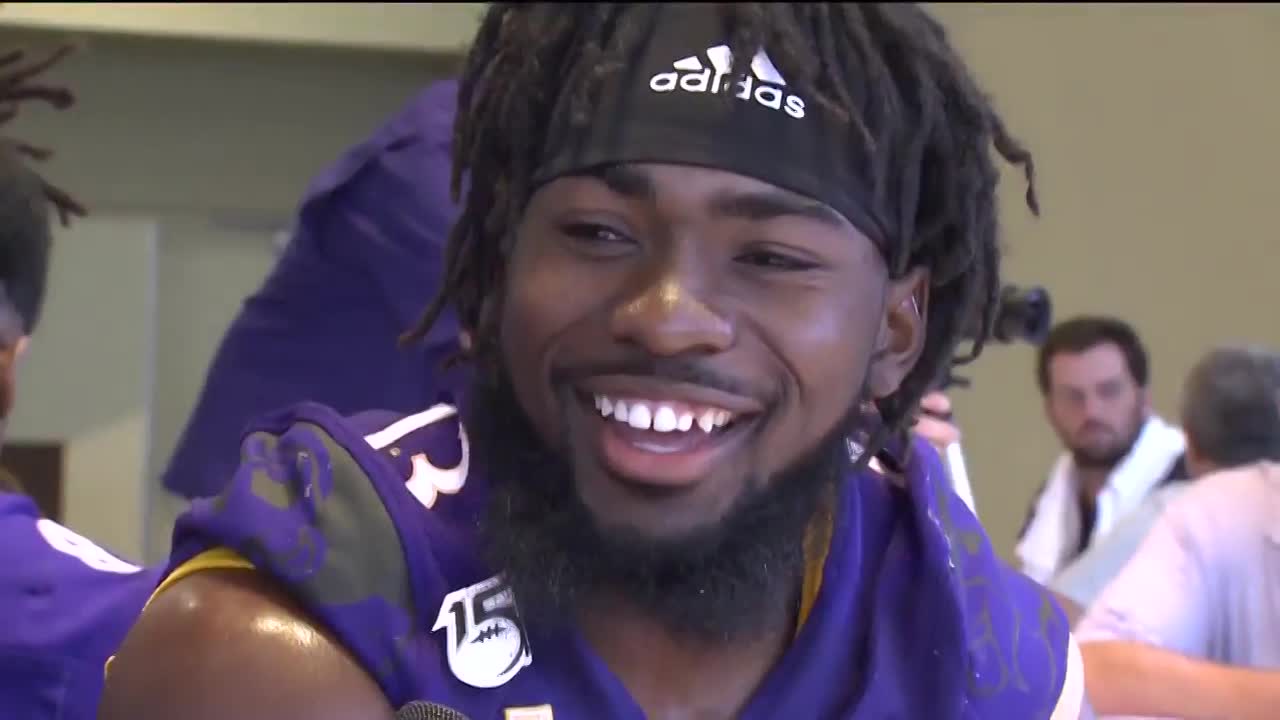 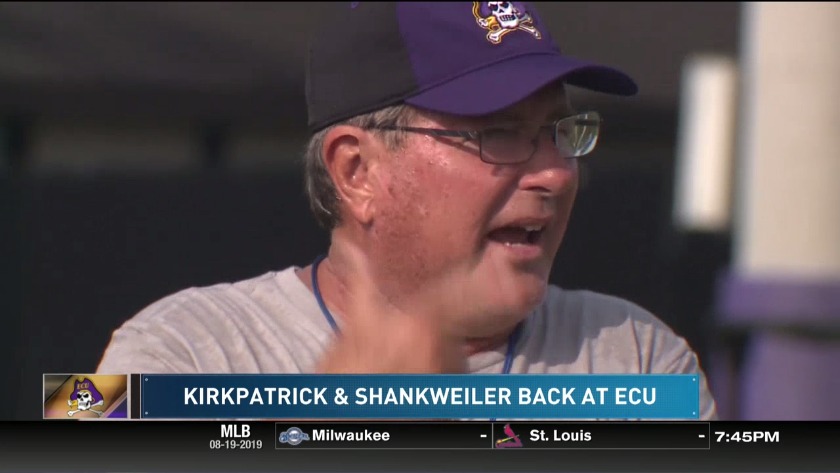 The same thing could be said for the offense, so the Pirates moved closer to the balance that first-year head coach Mike Houston and his staff have been wanting to see as fall camp progressed.

"I stood right behind the offense today, so I saw a lot of things that I can't see from the sideline," said Houston. "I thought we had good energy and it was very physical along the line of scrimmage. I liked the fast tempo on offense and I liked the way the defense handled it."

The defense limited the running game to the tune of just overall 81 yards on 42 carries, picked off three passes and forced two fumbles. Throw in 10 tackles for loss, six sacks and several deflections and it adds up to a good day.

However, quarterbacks Holton Ahlers and Reid Herring combined for 340 yards and a touchdown on 22-of-41 passing.

"Both sides made plays and both sides made mistakes," Houston said. "Then again, I thought both sides took advantage of mistakes the other side made and that's want we want. We have to make our opponents pay when they make mistakes."

Junior defensive back Davondre Robinson made the offense pay with two interceptions on consecutive drives late in the scrimmage, including one he took to the endzone for a pick-six.

"The scrimmage went back and forth with some good flow," Houston said. "One side would make a play, then the other side would respond. It's very hard to do that when you are playing against yourself, but the offense and defense did a good job of it today. That shows development and maturity within the program that we didn't see back in the spring."

With the conclusion of fall camp, the Pirates shift gears to prepare specifically for the season-opener at N.C. State on August 31. Classes start Monday and practices move to the afternoon to better simulate game conditions.

"It's going to be hot and humid at noon in Raleigh," Houston said. "You have to practice in the heat to prepare to play in the heat. It's been pretty hot during our morning camp, but I think that late afternoon window will be the peak of the heat. We have the next two weeks to push ourselves to get conditioned to play in it."

Ahlers and Herring continue to compete for the starting job. Both had highlights from Saturday's scrimmage, but Houston has not named a starter yet and said both need to be ready to play.

"You have to have two ready to go because you are always one play away from the other guy going in," Houston said. "Both of them will continue to work with the first and second units.

"It's exciting to think we're only two weeks away," Houston said. "There were times after we got here and we were trying to learn the players, upgrade the facilities, recruit, put the staff together and the rest of it that it was almost overwhelming. Looking back now, we've come a long way. We've seen a transformation of our players in the locker room and on the field, more maturity and development. We are not a finished product yet, but we are light years from where we were in the spring."