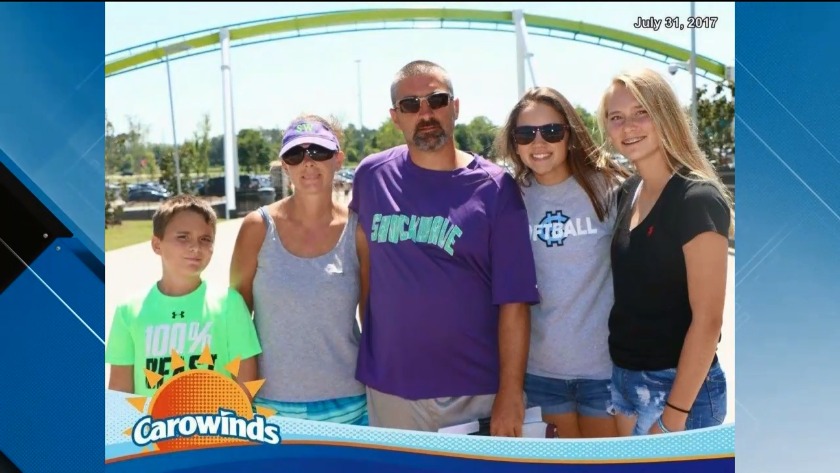 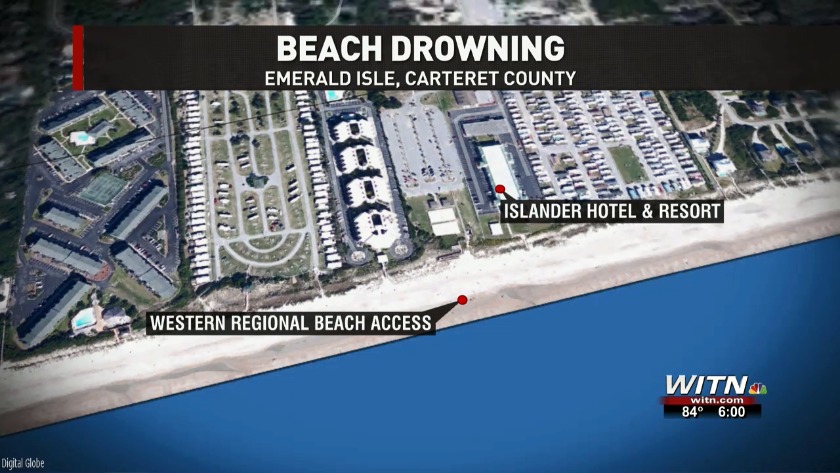 The town says the 41-year-old from Scotchburg, Virginia had been staying at The Islander Hotel all week.

His wife told authorities that he went in the water to help another swimmer who was in distress. The town says that the other swimmer was a 12-year-old girl.

Red flags warning people to stay out of the water had been posted all up and down the beach on Wednesday, according to the town.

In addition to Strickland, six others were taken to the hospital. All of those others are expected to recover.

One person has died and multiple others rescued this afternoon on the Crystal Coast.

Rush says the drowning happened near the Western Regional Beach Access and that efforts to revive the man were unsuccessful.

Red Flags continue to fly for the entire 12-mile section of beach at Emerald Isle.

The town manager said despite the warning flags, some people continued to go into the ocean. Within a half hour this afternoon, emergency crews were called to four different rescue calls involving several people.

The emergency room at Carteret Health Care was placed on lockdown this afternoon because of five or six beach rescues.