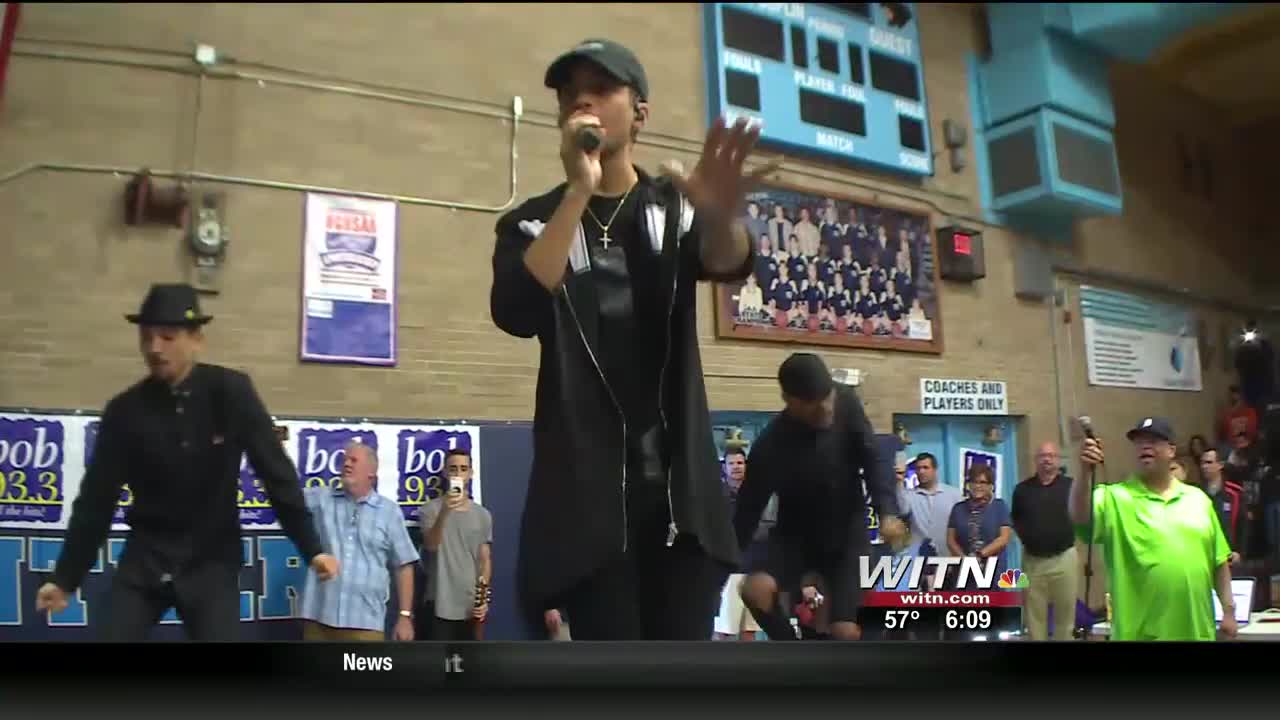 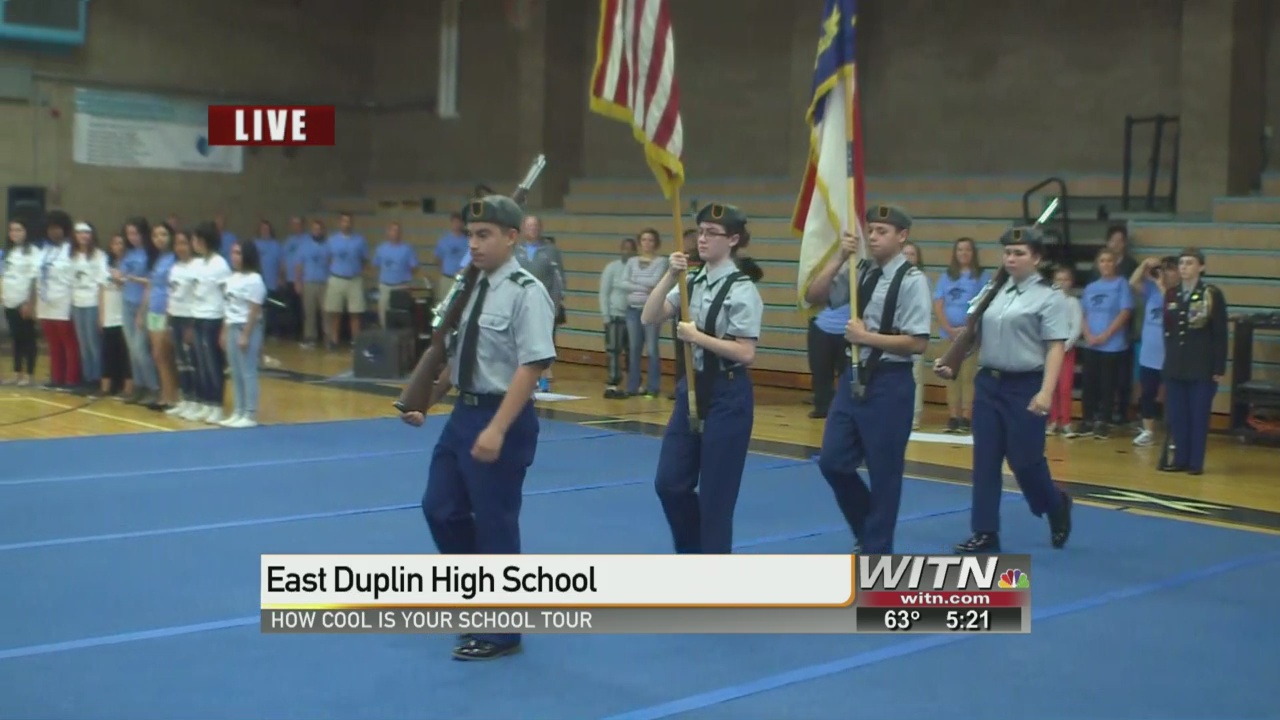 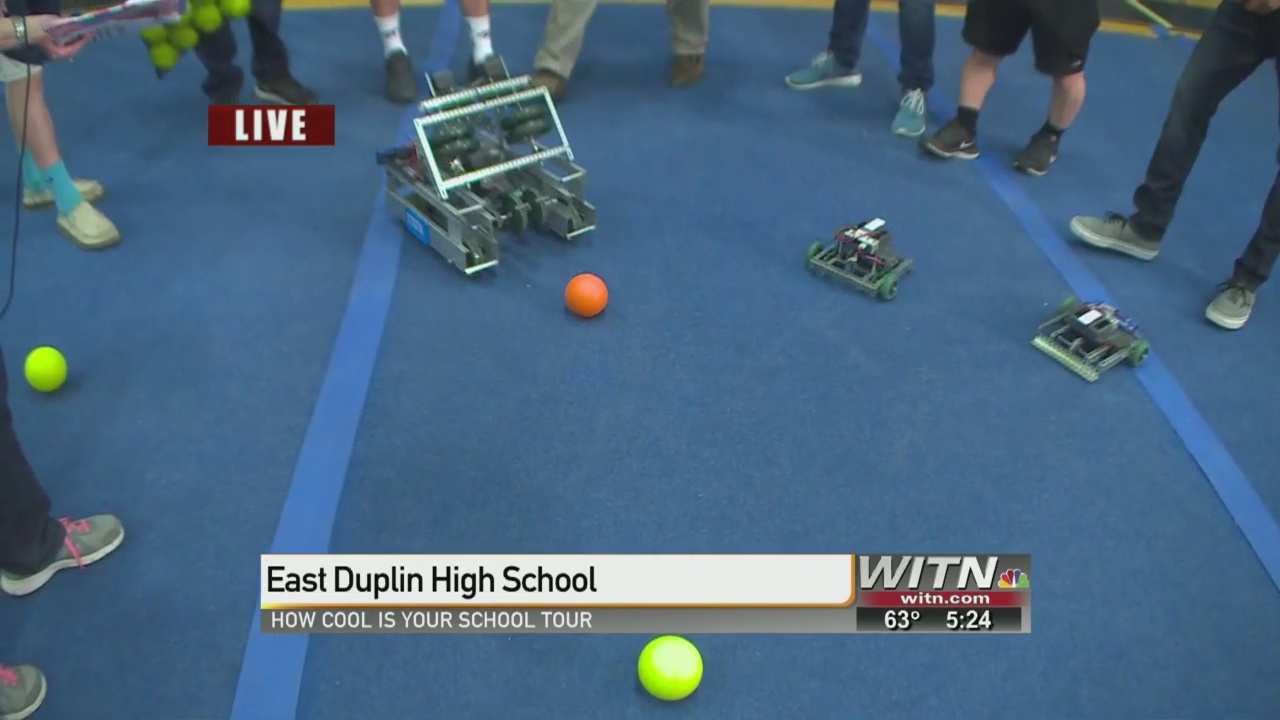 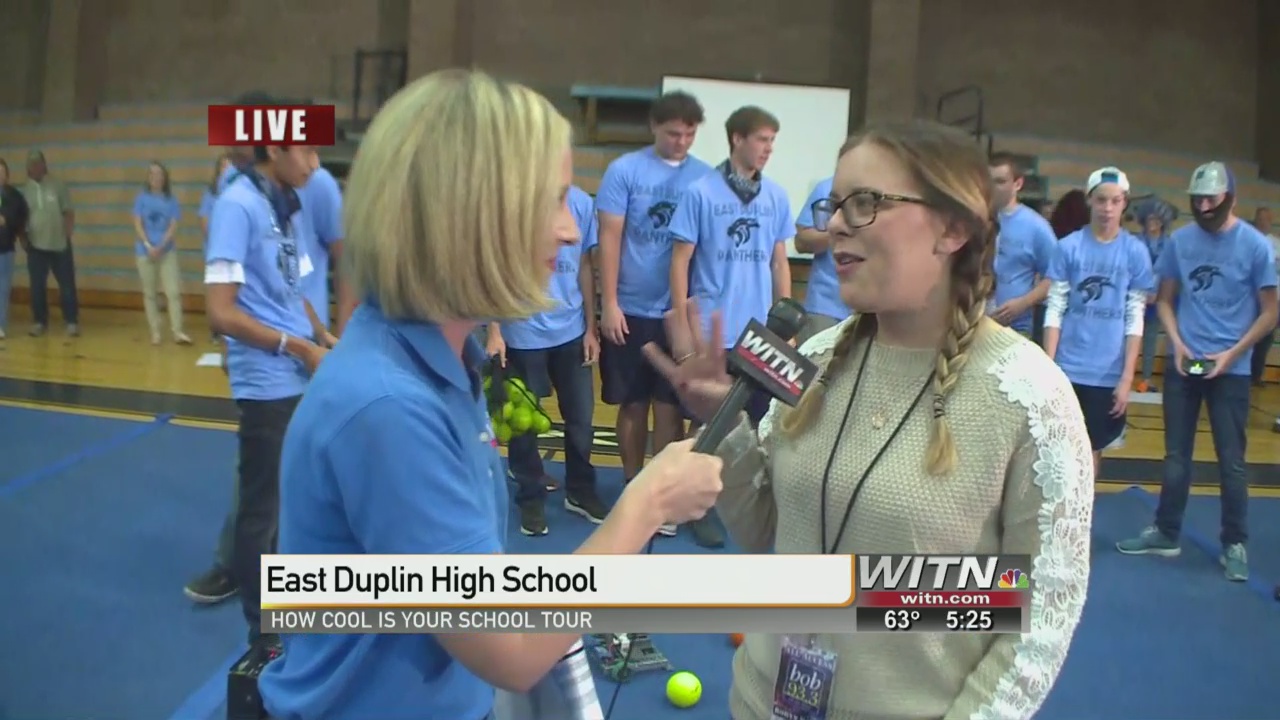 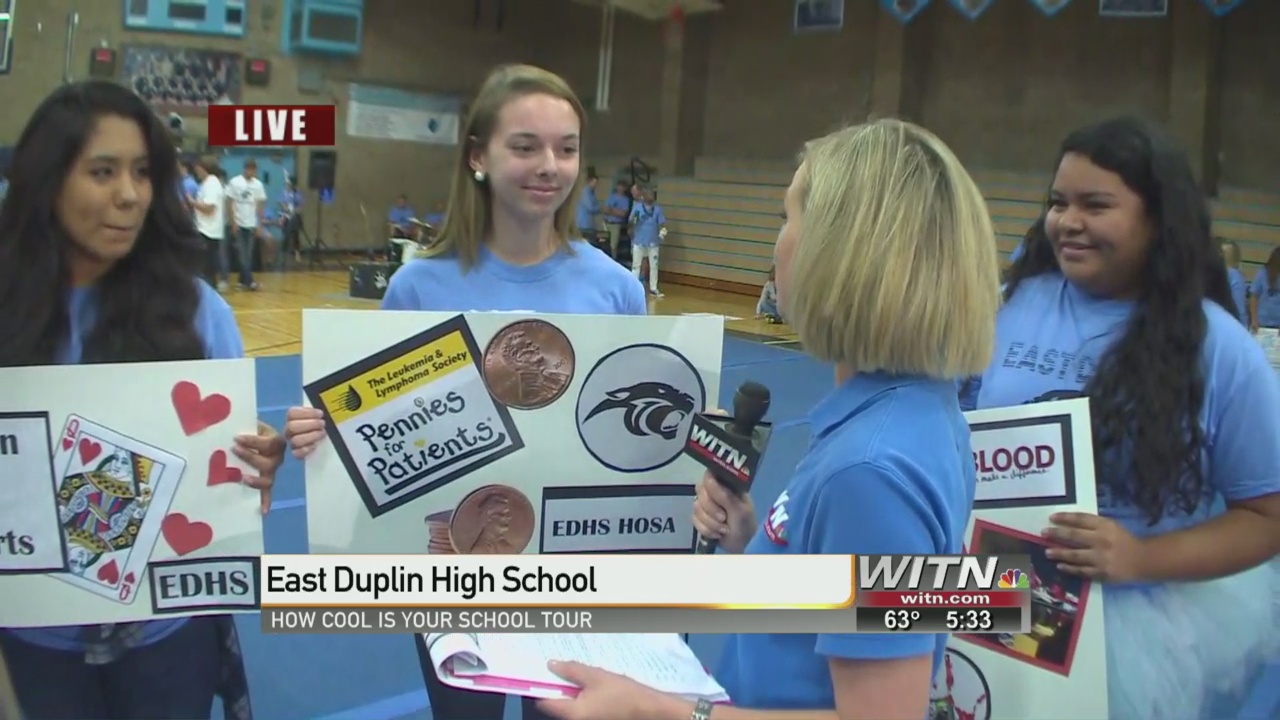 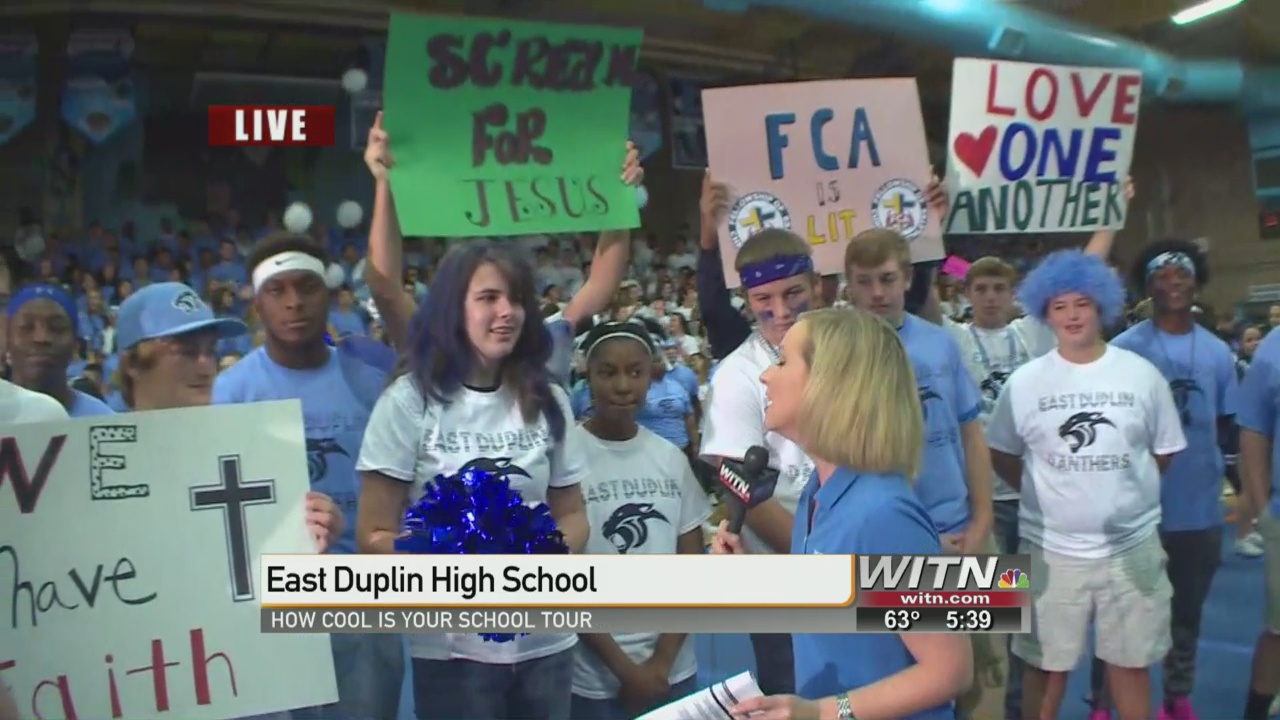 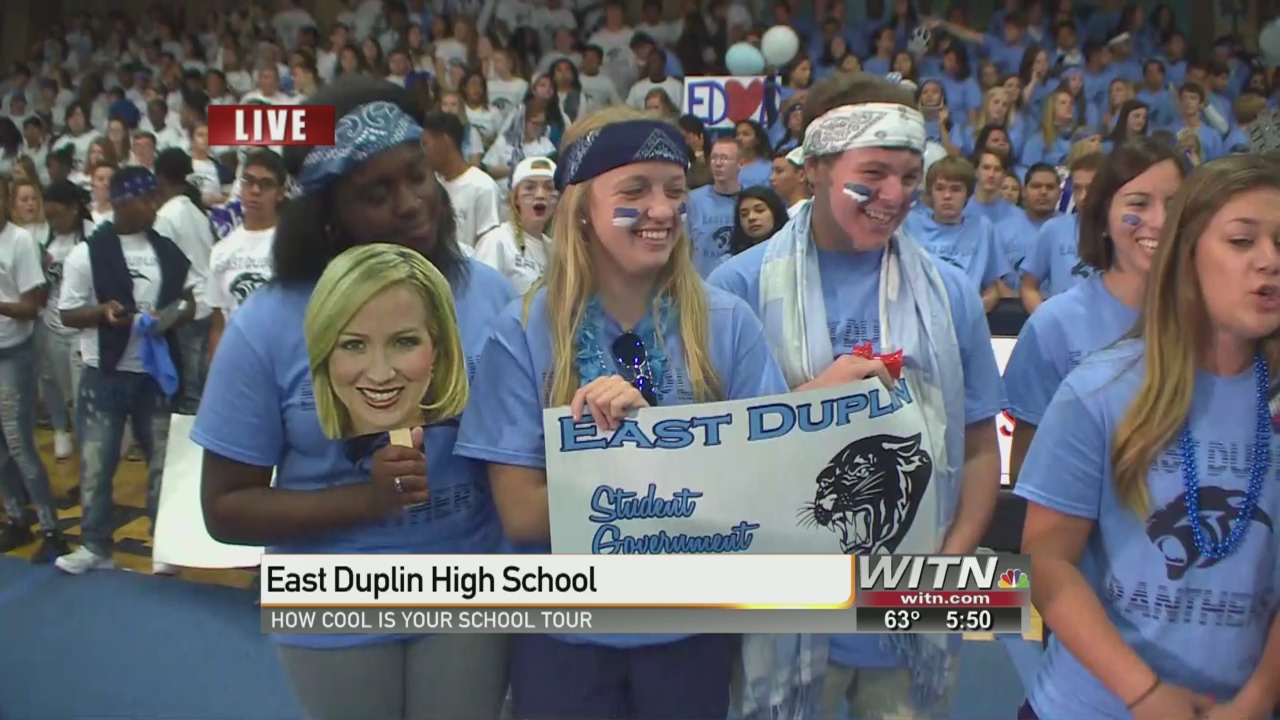 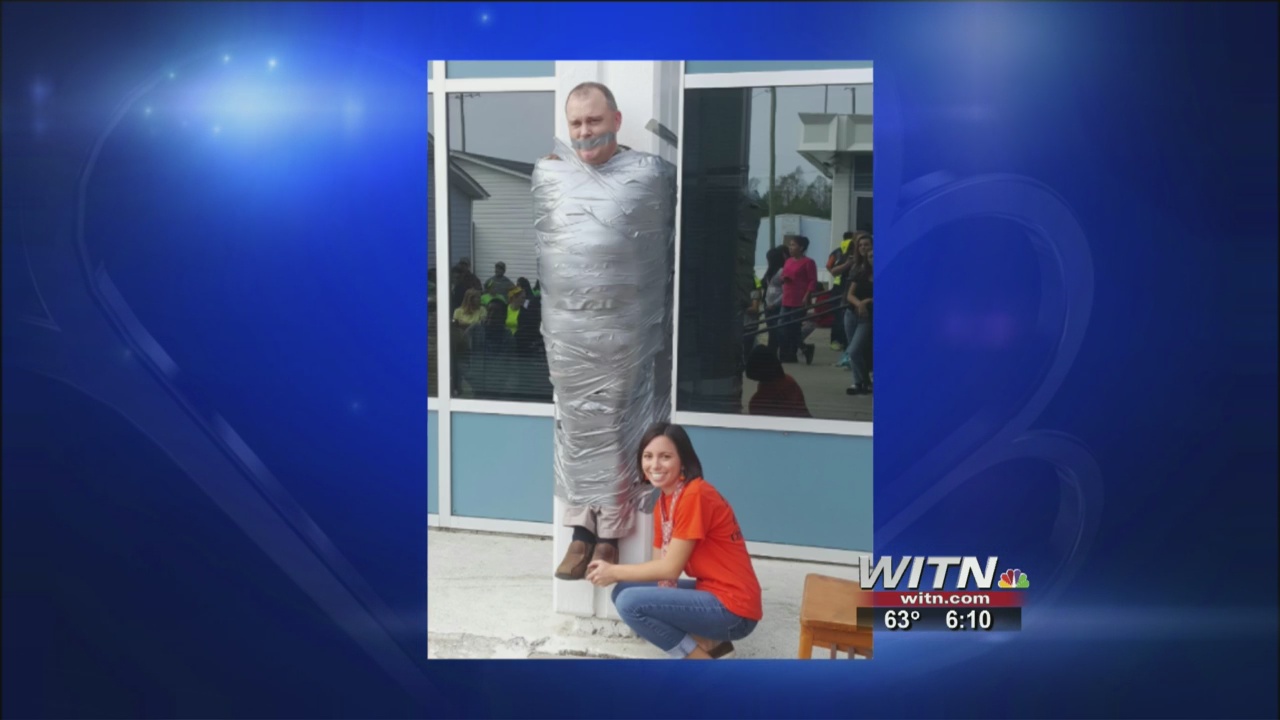 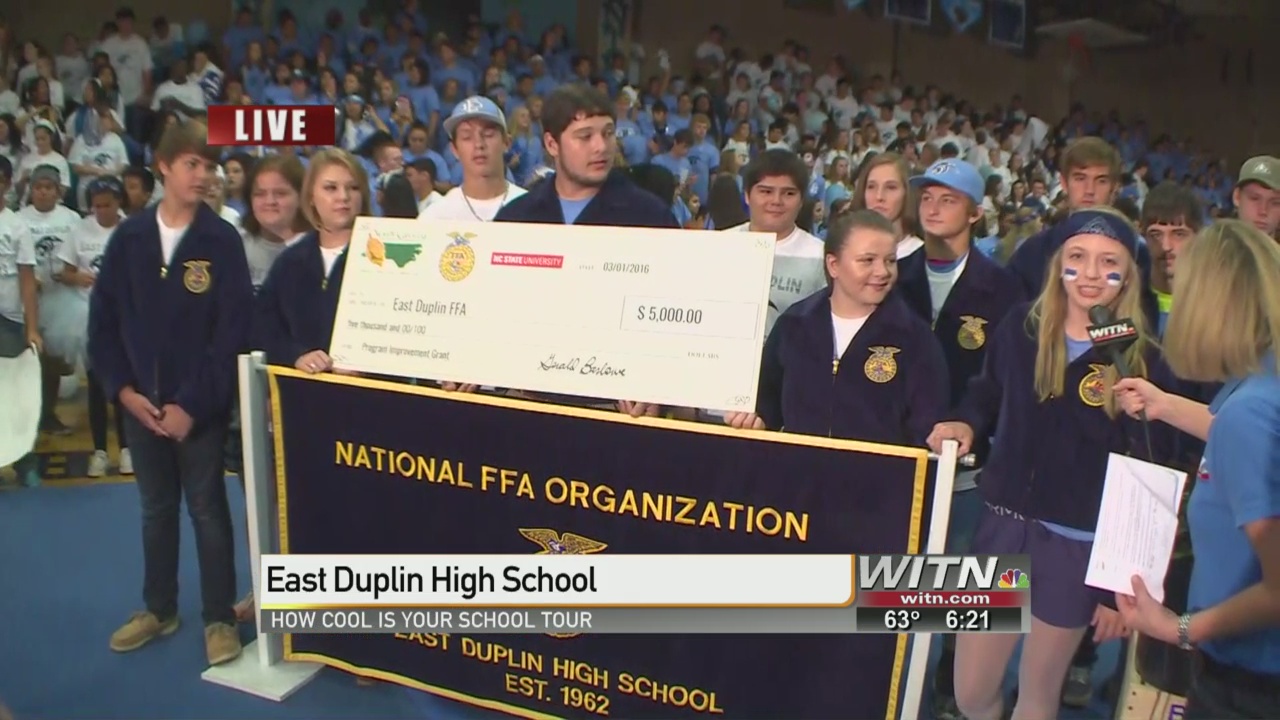 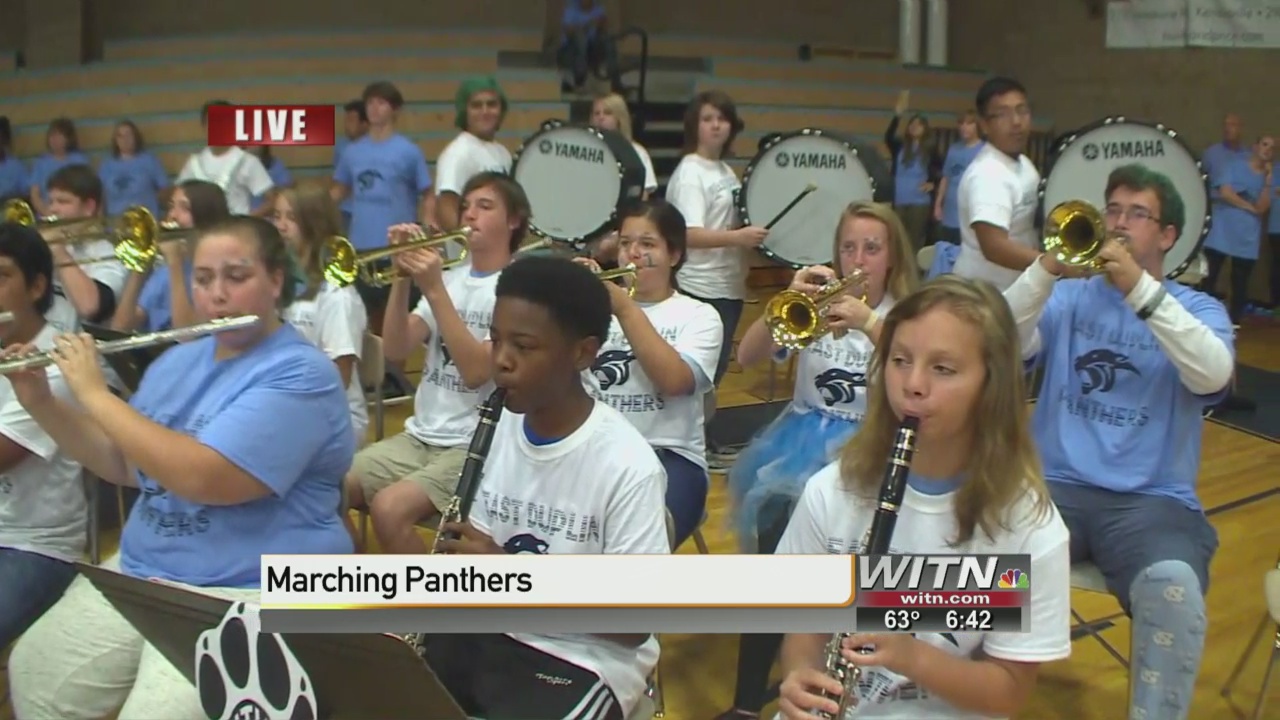 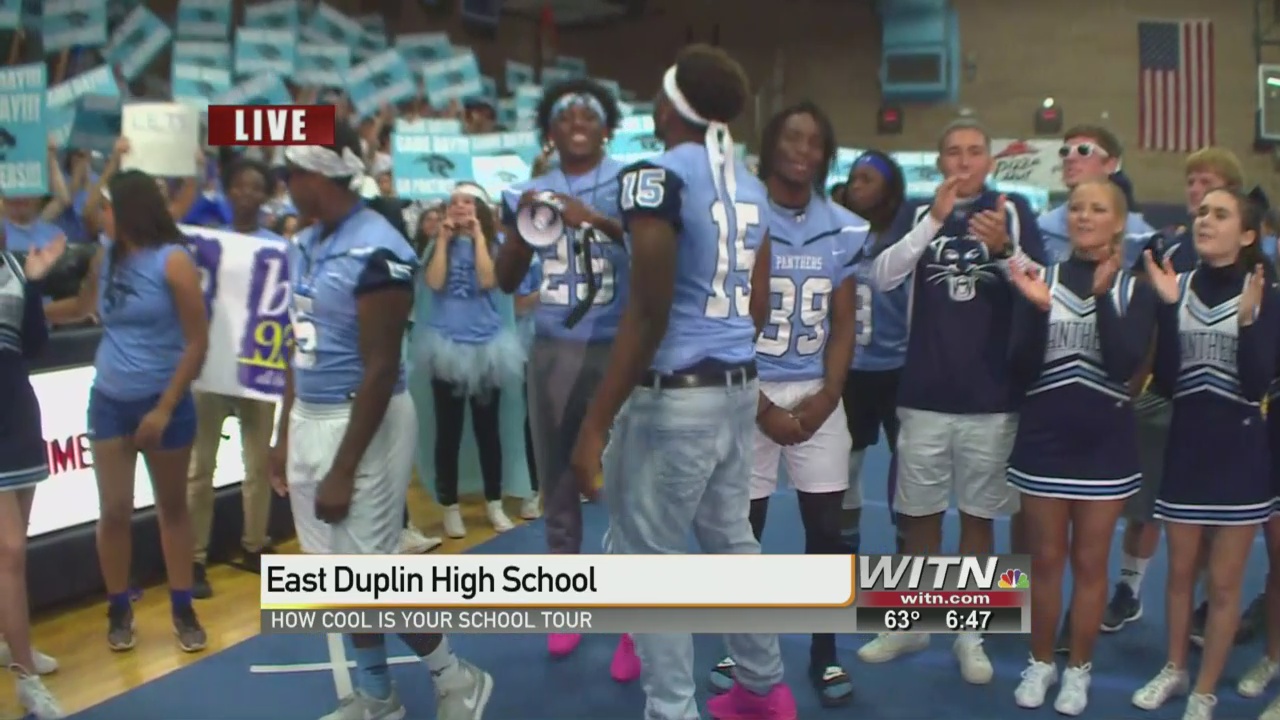 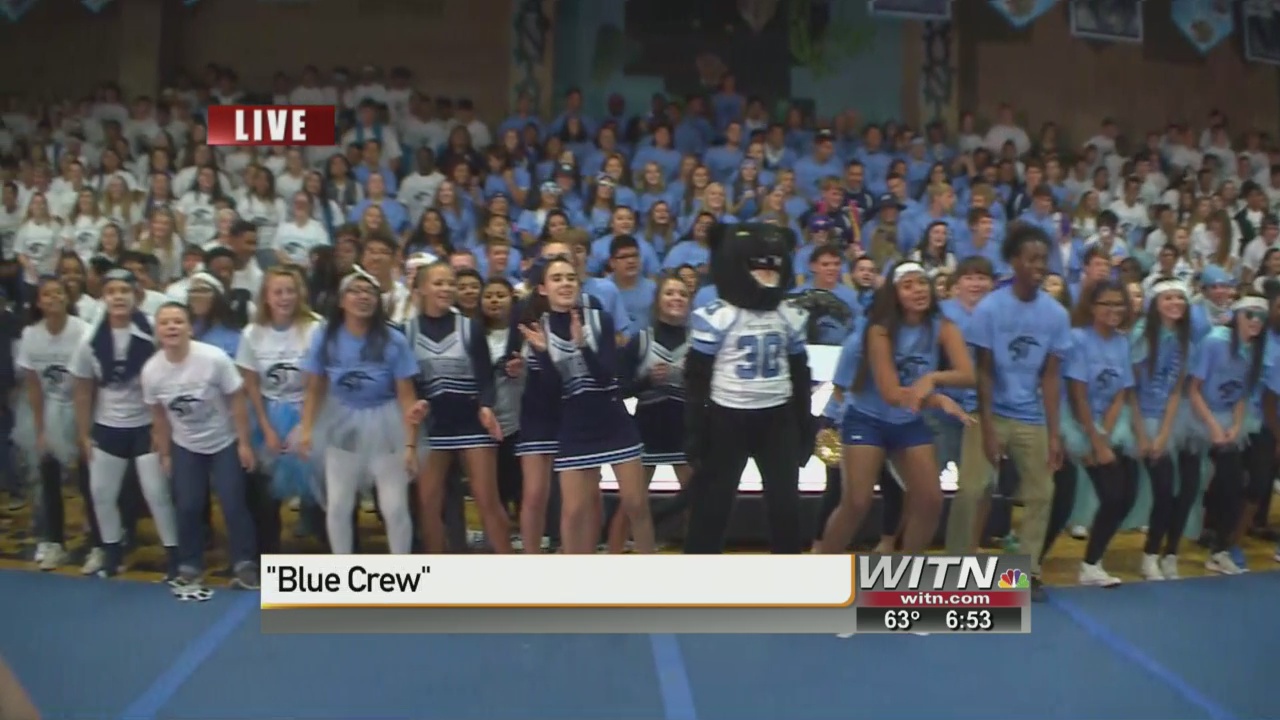 Hollywood Records artist Jordan Fisher performed a concert for the winner of the 2016 WITN and Bob 93.3 Cool School tour.

Students say this experience has brought them together.

"It means so much, because we were just so excited about having someone that famous come to our school and it's really gotten everybody in the school spirit and just really impacted everyone here," says junior Ashton Ballard.

At the helm of this cool school is Principal Scott Ballard.

"Everyone is talking about it, social media is just blowing up over it, but it's brought everyone, the spirit of this school is just through the roof," he tells WITN.

East Duplin took the top spot out of four schools we featured live on WITN News at Sunrise over recent weeks.

"We're really excited to bring this national Hollywood recording artist to Eastern North Carolina, this is a once in a lifetime opportunity for these kids, I mean, I never had anything like this in high school, so hopefully it's something they remember for the rest of their lives," says Robyn Banks with Bob 93.3.

Fisher, a singer, actor and dancer, flew in from New York to perform the concert for the school Friday afternoon.

"To be able to kind of be a top 40 artist that can come to this space and be part of a memory for, hopefully a good memory, for these kids is really cool to me," Fisher says.

"Jordan Fisher is just an amazing singer and actor and I am just so excited to hear him in person," Ashton Ballard says.

After the concert, Fisher heads back to New York City where he is joining the cast of the Broadway smash, Hamilton.

We also want to thank our radio partner, Bob 93.3, as well as our sponsors, Craven Community College and Party Makers.

Students at one Eastern Carolina high school finished the week on a high note, with a concert in their school gym.

Jordan Fisher, an up and coming pop singer, treated students at East Duplin High School with a concert this afternoon.

You might know Fisher from his part as a T-Bird in "Grease Live!" and his acting career. The singer's debut single "All About Us" was the #2 most added song at Top 40 radio in June. AOL Entertainment called Fisher "one to watch" and Teen Vogue encouraged readers to put him on their playlists.

Some 800 people filled up the gym for the free concert.

East Duplin was one of four finalists in this year's contest. Others were
Northside High School in Pinetown, JH Rose in Greenville, and Plymouth High School in Washington County.

The students, staff and administration at Northside High School in Pinetown, JH Rose in Greenville, East Duplin High School in Beulaville and Plymouth High School in Washington County shared what makes them special on WITN News at Sunrise for the past four Fridays.

We want to thank all the schools for their great efforts. You did a great job. It was a difficult task to pick just one!

The energy, spirit and amazing students and staff at East Duplin landed the school in the top spot! The school will receive a free concert from Bob 93.3 on Friday. Congrats East Duplin!

This year's performer is Jordan Fisher. You might know him from his part as a T-Bird in "Grease Live!" and his acting career. The singer's debut single "All About Us" was the #2 most added song at Top 40 radio in June. AOL Entertainment called Fisher "one to watch" and Teen Vogue encouraged readers to put him on their playlists.

Watch Friday at noon as Heather King and Jim Howard join you live from the school, and for complete coverage of the school's big day starting at 5 p.m. Friday.

You can see clips from the East Duplin's "Cool School" Sunrise show on this story.

Thanks to all the students, staff, administration and parents at all the cool schools. We also want to give a special thanks to WITN's radio partner Bob 93.3 for taking part in the program with us and sharing the concert, as well as our sponsors, Craven Community College and Party Makers.

How Cool Is Your School
is sponsored by

and by Party Makers of Greenville