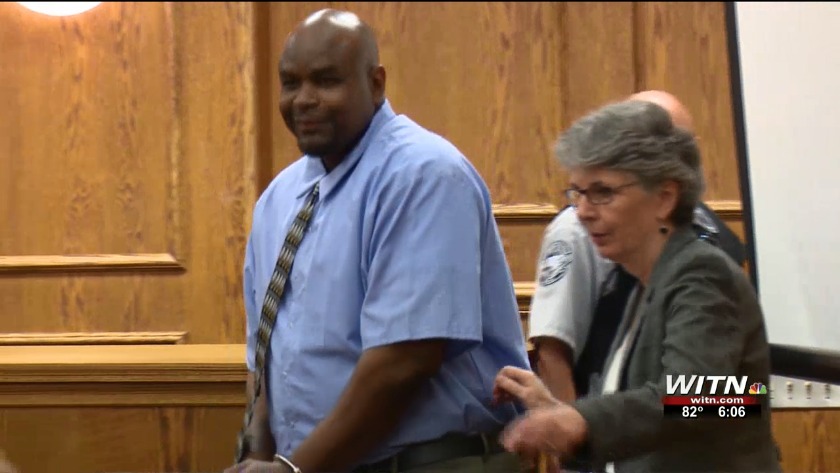 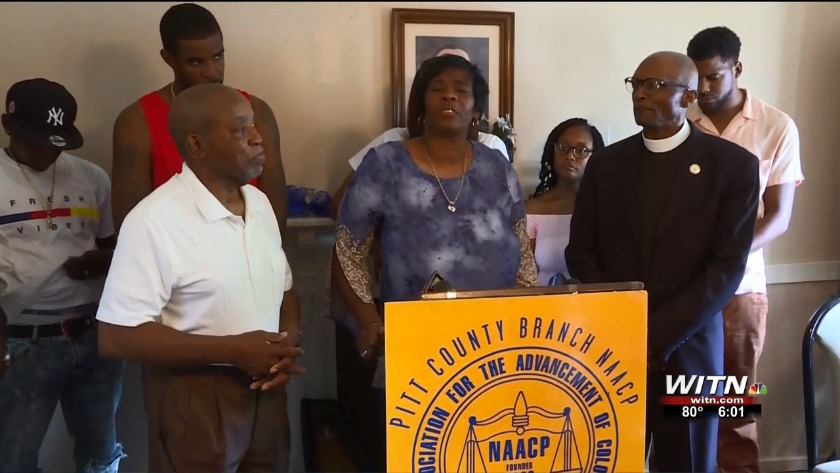 GREENVILLE, NC (WITN) - A judge has called for a new hearing in a 1994 Eastern Carolina murder case.

Dontae Sharpe was convicted for the 1994 murder of George Radcliffe that happened in Greenville. He had his first evidentiary hearing in a decade back in May.

Wake County Judge Bryan Collins presided over that hearing which was based on new evidence from the State Medical Examiner's office.

Henderson said a date has not been set for the next hearing but he is optimistic it will lead to Sharpe being freed from prison.

A judge has heard evidence that lawyers hope will free a man serving a life sentence for a murder they say he didn't commit.

Dontae Sharpe was convicted for the 1994 murder of George Radcliffe that happened in Greenville.

At a press conference last week, his mother said she believes with a new district attorney in Pitt County, justice may be served for her son.

Friday was his first evidentiary hearing in a decade for Sharpe and was based on new evidence from the State Medical Examiner's Office.

Judge Bryan Collins, who is from Wake County, said he would make no decision today and after hearing evidence he will decide what to do next.

Sharpe's attorney told the judge that her client has been offered a half dozen plea deals over the years, several for time already served, but each time he was refused them, claiming he didn't kill Radcliffe.

Theresa Newman, who is also a Duke University law professor, claims the state's chief witness, a 14-year-old girl, lied during the man's trial.

Two months after the trial, Charlene Johnson recanted her story, saying she only came upon the murder after it happened. After a 1997 hearing, a judge ruled that Johnson more likely was originally telling the truth, and that she made up the recantation.

During Friday's hearing, the only witness was Dr. Mary Gilliland, a state medical examiner. Gilliland testified that the state's theory presented during his trial of how Radcliffe was killed was not medically or scientifically possible.

Prosecutors said Gilliland presented the same testimony during Sharpe's original trial and the jury was able to weigh any inconsistencies between that and the girl's testimony. They told the judge that Gilliland's testimony was not really any new evidence and there was no reason to grant a new trial.

Previous Story
The case has gained national attention and now an Eastern Carolina man, advocates say was wrongfully convicted of murder 25 years ago, is set to appear in court next week.

Friday, the Pitt County Chapter of the NAACP held a press conference ahead of an evidentiary hearing in the Dontae Sharpe Case.

During the press conference, family members of Sharpe said they are hopeful knowing that in one week, Dantae Sharpe will be back in the Greenville courthouse for his first evidentiary hearing in a decade.

Family, friends, and supporters gathered behind the podium for a press conference at the Gold Post Café in Greenville.

Dontae Sharpe is serving a life sentence for the 1994 murder of George Radcliffe, but he maintains his innocence. His mother spoke at Friday's press conference with state and local NAACP leaders saying she believes with a new District Attorney in Pitt County, justice may be served for her son.

"My family and I are thankful that this is happening... I'm trusting that the DA, the judge and all others will do the right thing," said Sarah Blakely, Sharpe's mother.

District Attorney Faris Dixon said he is unable to comment on Sharpe's case at this time.

The evidentiary hearing is set for Friday, May 17th at 10 am in Pitt County Superior Court.